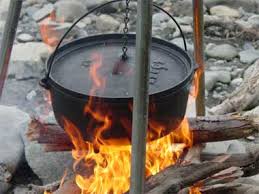 Last September I was in the Netherlands shortly before the elections. There was excitement in the air as the Socialist Party with a strong social democratic programme was ahead of both the Labour Part y (PvdA) and its government coalition partner the right-wing (very) Liberal Party (VVD) in the polls.

The electorate was reeling from the austerity measures placed upon the population after the 2008 crisis. Going, going gone were many of the measures that had made the Netherlands a world leader in developing a more just and equal society with equal opportunity for all. The Dutch were learning what Marx meant when he said that the only part of the collective wealth that capitalism delivered to the people was the national debt.

So while the governing coalition was telling voters that the only way out of crisis was for them to have their living standards lowered and accept rising unemployment, the Socialist Party was emphatically declaring that there was an alternative. And that alternative was for the wealthy, of which the Netherlands had no shortage, to take the greatest share of re-investing in the economy and not to find that money by shrinking the public sector and decimating the social services.

The Labour Party, in complete panic at being outflanked on the left, stressed that its role would now be to preserve the gains of the welfare state and to put the brakes on its coalition partner’s austerity plans.

Thus with a new social democratic face the population was assured that although there would be some austerity measures with the Labour Party they did not have to rely on an untested Socialist Party or face the enmity of foreign governments and that the reliable and solid Labour Party would be their guarantee in government of a less draconian solution to the economic crisis.

The ploy worked and the coalition of Labour and Liberals retained power. Ten months later, back to visit my son who works in Amsterdam, I was able to see the results. My son counts himself lucky that with rising unemployment, particularly among t. he young, that he has work .And what about the austerity measures that a strong Labour presence would curb?

Well in the coalition agreement they did get a commitment that animals would be treated much better.

But that was about all.

Otherwise it was the VVD that rules the roost. The landscape is bleak. Cutting social services and public spending, apart from the NATO commitment, is the name of the game. And the VV D partner, whose leader Rutte is Prime Minister, far from being restricted by Labour is letting his ministers loose on even more bold austerity measures.

One that raised both my eyebrows was a newspaper report that care was to be taken back to the community. What did this mean in practice? It meant that the level of paid professional care was to be drastically reduced.

The elderly had once had a guarantee that due to frailty, illness or some other cause of incapacity that government funded care would be available to help with the daily household chores and their own care. The minister has announced that this policy let family and community off the hook. So now to build community spirit before any state assistance would be given the elderly would have to prove that family or neighbours would not provide that care and assistance. Sounds like austerity in practice to me.

And wherever the voter lured away from the Socialist Party to support a restraining Labour Party influence looks austerity is king. Whether it be in health, education or public services the national debt is handed over to the people.

Labour is part of policies that more and more seek to punish and blame migrant communities for the ills of Dutch society and a government that talks of a time when the Netherlands was not blighted by multicultural ideals.

The Socialist Party while not actually saying “we told you so” in its daily paper the Tribune, are able to ensure that its readers are saying “they did tell us “. Consequently Labour is now w ell behind the Socialist Party in the polls and losing support daily.

So what should the New Zealand Labour Party make of this crisis for its fraternal party in the Netherlands? If it is to offer a genuine alternative to National it has to have a clear set of coherent policies that are not undermined by any potential coalition partners whether in succumbing to laying the burden of the economic crisis on the most vulnerable or giving in to a Party that finds the source of our problems in the percentage of Chinese migrants in the population.

It is not the politics of compromise that Labour needs to adopt but the politics of refusing to be enmeshed in coalition alliances which corrupt the basis of being able to govern in the interests of the many and not the few.