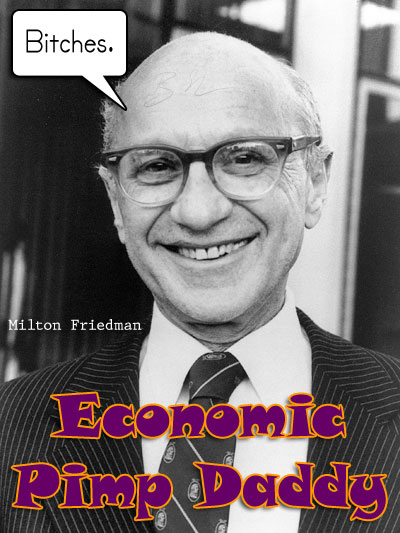 Detroit now owes US$18.5 billion in debt. It has declared itself officially bankrupt – the largest US city ever to do so.

There are no doubt several reasons for Detroit’s current economic decline and its inevitable urban decay, but it is a dying city nevertheless,

The governor painted a picture of a city in collapse. Citizens wait 58 minutes for the police to respond to calls, compared to a national average of 11 minutes. Only a third of ambulances were in service in the first quarter of 2013. There are approximately 78,000 abandoned buildings in the city. The unemployment rate had nearly tripled since 2000 and the homicide rate was at its highest level in 40 years, he said. Detroit is unable to meet its most basic obligations to its residents, let alone its creditors.

Michael Snyder, writing in theeconomiccollapseblog.com, posted  17 Facts About The Decline Of The U.S. Auto Industry That Are Almost Too Crazy To Believe,

#5 Do you remember when the United States was the dominant manufacturer of automobiles and trucks on the globe?  Well, in 2010 the U.S. ran a trade deficit in automobiles, trucks and parts with the rest of the world of $110 billion.

#6 Japan builds more cars than anyone else on the globe.  Japan now manufactures about 5 million more automobiles than the United States does.

#7 In 2010, South Korea exported approximately 12 times as many automobiles to us as we exported to them.

#8 According to the New York Times, a Jeep Grand Cherokee that costs $27,490 in the United States costs about $85,000 in China thanks to new tariffs.

#12 Detroit was once known as the “Motor City”, but in recent decades automobile production has been leaving Detroit at a staggering pace.  One analysis of census figures found that 48.5% of all men living in Detroit from age 20 to age 64 did not have a job during 2008.

#14 Since Alan Mulally became CEO of Ford, the company has reduced its North American workforce by nearly half.

#15 Today, only about 40 percent of Ford’s 178,000 workers are employed in North America, and a significant portion of those jobs are in Canada and Mexico.

#16 The average Mexican auto worker brings in less than a tenth of the total compensation that a U.S. auto worker makes.

Item #9 is off particular relevance to New Zealand, because we are doing precisely the same thing;

As Forbes posted in May 2010, in an article  U.S. Companies That Invest Big In China,

General Motors and Volkswagen have invested billions in China, starting more than a decade ago. Ford is rushing to catch up by adding production capacity and expanding its dealer network in China. Ford and its joint-venture partner, Chang’an Ford Mazda Automobile, plan to start producing next-generation Ford Focus models at a new, $490 million plant in Chongqingin 2012.

Essentially, the United States car manufacturing industry has been busy exporting it’s production facilities and jobs to other low-wage  countries – China and Mexico to give two examples.

Here in New Zealand, we’ve done pretty much the same thing; gutted  our manufacturing sector by  busily exporting it to China (and elsewhere) where wages are low, in comparison to New Zealand workers*,

This, essentially, is the end-result of eliminating tariffs with so-called “free trade” agreements. Except, these agreements are not  “free” at all. They cost jobs.

For every pair of cheap Skellerup  “Red Band” gumboots you and I buy at The Warehouse – New Zealander’s jobs were sacrificed,

The first pairs of Red Band Men’s gumboots retailed for twenty five shillings and 11 pence. Red Band gumboots continued to be made at Skellerup’s Woolston factory in Christchurch until the late 1980s when economic considerations forced the company to move production offshore.

So how cheap are those gumboots made in China?

The social cost is beyond a dollar value.

And yet, it was not always like this. Once upon a time, we had full employment.

In 1973, the numbers of registered unemployed (not including overall jobseekers) stood at 2,321. (source)

By June 2008 the number of registered unemployed (not including overall jobseekers) had increased to 17,710. (Pre Global Financial Crisis recession.)(source)

Forty years later, by June this year, after de-regulation, free trade treaties, abolition of tariffs, and the dismantling employment legislation and the trade union movement, the number of registered unemployed (not including overall jobseekers) increased to 48,438. (IBID)

The actual numbers of jobless, according to regular Household Labour Force Surveys, is much higher (currently at  146,000). (source)

It could be said that the cost of those  cheap, foreign-made Redband gumboots (and other consumer goods)  is costing taxpayers $805,759,000 per annum.

Conformist middle class consumers, if they read this, would probably shrug and dismiss it from their minds. Such matters as Detroit and the pernicious consequences of  the “free” market (which, as I have shown, is not “free”) on our employment, economy, and social fabric is beyond their ken.

It doesn’t affect them directly so they blot it from their minds.

They simply look at a pair of  Redband gumboots and see the printed pricetag.

After all, the capricious nature of neo-liberalism such as the fate of Detroit could never happen here, right?

* Yes, there are other serfs in the world paid less than Kiwis.