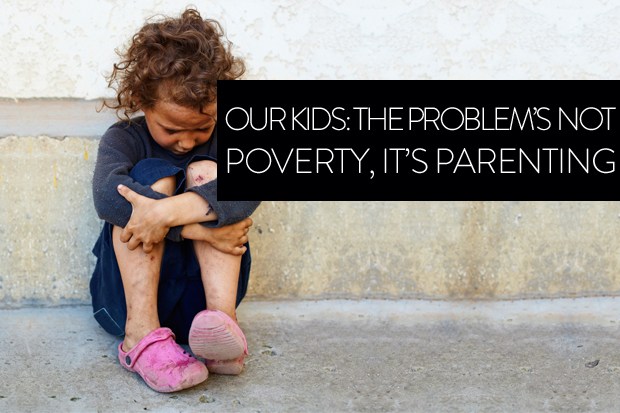 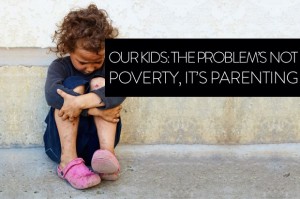 When I heard what the topic was this month, I have to be honest I threw up a little into the back of my throat. With the culture of beneficiary bashing fostered by a corporate mainstream media who play to the worst of our angels for ratings, the moot that it is bad parenting and not poverty that is to blame for hungry children was always going to produce a result that would make Mississippi pre-abolition of slavery look progressive.

How a bunch of religious fanatics managed to be the face of good parenting is in itself simply too much suspension of disbelief for me to sustain without a full frontal lobotomy. People who push for the legislative right to bash their kids have no moral high ground to comment on parenting.

Blaming the parent ignores the reality of poverty. Poverty crushes the spirit – the stress of it helps make violence happen. That’s not justifying the abuse, it’s explaining it. Yes there are plenty of good parents in poverty who make it, but there are also plenty who don’t. Feeling superior by blaming parents only punishes those children further.

Middle class NZ is in poverty denial so they can wash their hands of responsibility by blaming the parents. In a success driven consumer culture, the middle classes need to thank themselves for their success while blaming those who fail for theirs.

The invisible privilege that permeates so much success is never acknowledged, to do so limits an individuals sense of personal achievement. I succeed due to my hard work, yay for me. You fail because you don’t try hard enough. Boo for you. In this user pays vacuum there is no recognition of social hierarchy, no recognition of structural hegemony, no acceptance of generational poverty.

What never get’s mentioned is that benefits were set under Ruth Richardson below the weekly nutritional minimum as an INCENTIVE for hungry beneficiaries to get a job. The idea to keep any NZer hungry to force them to behave a certain way isn’t welfare, it’s social policy as cruelty.

What’s being displayed in this debate is the gated culture of the middle classes wrapped in their pretence of egalitarianism.

Let them eat Weet-Bix isn’t a solution to child poverty.

‘Poverty is a choice’ only cements those 270000 children trapped in it and allows those who have money to be guilt free. Apparently we can’t afford $100m per year on Feed the Kids, but we can afford $400m per year on tax cuts for the rich.

We should be ashamed that this is accepted without a shrug.

Sadly in the end, a TV shouting match of heat sheds no light. I love how the fate of over quarter of a million kids in poverty is entertainment fodder for a gladiatorial TV debate – this is part of the problem!

If The Vote was around during universal suffrage it would have revealed a similar petty bigotry. Political courage means standing up to ignorance and the worst elements of our selfishness and championing those without the economic or cultural power to defend themselves.

It’s called the tyranny of the majority for a reason.

Ultimately brothers & sisters, even if you want to blame the parents, it’s not the fault of those children for having crap Mums & Dads. Their hunger and their poverty is still the responsibility of a decent, egalitarian country.

I am my brothers keeper, and I am my neighbors baby-sitter. It takes a community to feed a kid.