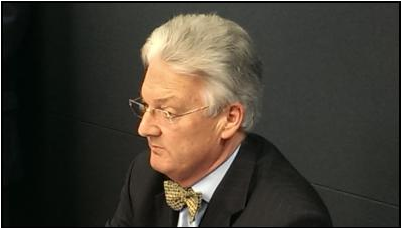 THE LEVEL OF HYPOCRISY surrounding the resignation of Peter Dunne is astounding.

Mr Dunne has admitted to contemplating the unauthorised release of “sensitive material” to Andrea Vance, a Fairfax Media journalist, and, acknowledging this to be a serious lapse in ministerial judgement, resigned from John Key’s cabinet. In spite of the fact that the conduct of politics in the early twenty-first century relies to a significant degree upon there being politicians willing to leak, and journalists willing to receive and publicise, “sensitive material”, Mr Dunne’s resignation is presented as being both appropriate and inevitable. Indeed, pressure is building for him to resign his Ohariu seat and leave politics altogether.

It is a near certainty that every MP and journalist involved in applying this pressure has, at one time or another, either leaked, or made public, sensitive material. In other words, Mr Dunne is being condemned for doing exactly what his critics themselves have done many, many times before.

Mr Dunne’s refusal to reveal the contents of more than 60 e-mails exchanged between himself and Ms Vance on the grounds that all such communications between a citizen and his or her political representatives ought to be considered privileged, has been dismissed out of hand as self-serving. Indeed, Mr Dunne’s sensitivity in regard to these e-mails is being construed by many people as prima facie evidence that he was involved in an unprofessional and illicit relationship with Ms Vance.

The possibility that Mr Dunne’s ideas concerning the inviolability of political correspondence, and his flirtation, however brief, with the idea of leaking the Kitteridge Report’s revelations, might both be expressions of a genuine belief in the citizen’s right to privacy, has not been taken seriously.

That a Member of Parliament might take umbrage at the New Zealand state repeatedly and illegally spying upon its citizens and engage in a frank discussion of his options with a journalist in whom he had developed a relationship of trust and confidence, has similarly been dismissed as laughable.

That the grey-haired Member for Ohariu might be involved with the much younger Press Gallery journalist is, however, considered entirely plausible.

What is the nature of the value system at work here?

Clearly, it is not a moral system that places much stock in taking one’s principles very seriously. On the contrary, too great an adherence to principle is considered a weakness in today’s political culture. What counts is the sort of ethical flexibility that allows you to leak material to a journalist one week and then insist that the Police investigate your parliamentary colleague for doing (or not doing) exactly the same thing the next. Demonstrating consistency on matters of principle has become much less important than conveying the impression of doing so.

Which is just another way of saying that in today’s political environment perception trumps reality; and that the only crime to which adverse consequences are ever attached is the crime of getting caught.