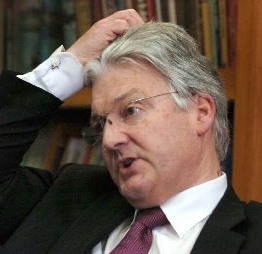 Peter Dunne’s resignation following the David Henry report that indicates he leaked the Kitteridge Report into the GCSB came as a shock to many yesterday. Much of the commentary on this has focused on Dunne’s personality, with some commentators such as Jane Clifton and Whaleoil implying that his decision to leak was due to a midlife crisis where he was swept away by a crush on a press gallery journalist. If this is true, he would hardly be the first or the last politician to attempt to use their post to hit on journalists and staff (the majority of such incidents remaining the chatter of  the press gallery).  Dunne himself said that he could not quite explain what came over him, or why he has only released half of the letters to Henry.

Dunne’s performance this week certainly demonstrated little of the nous that has allowed him to survive as a “common sense” army of one for an extraordinarily long time in Parliament, attaching himself as an accouterment to whatever coalition party happens to be in fashion. His demotion does place additional pressure on a weakened National, whose slim majority is already being eroded by John Banks’ continuing amnesia regarding receiving envelopes of money and taking scenic helicopter rides with world famous pirates.  Winston Peters’ sixth political sense for drama is out in force, ensuring that the lead up to the next election is likely to be a tad more entertaining than usual.

Yet what is lost in this drive towards the personalization of politics and news cycles is the politics itself. Despite his ability to caricature himself with his Renaissance wave and planking stunts, Dunne occasionally bites the hand that feeds, as in his decision as Minister of Revenue to pursue high income tax evasion cases and his withdrawal of support for Charter Schools  (citing his ethical concerns around employing unregistered teachers). While I suspect his desire to remain at the table in this instance (assuming that he was indeed the leak) overrides his ethical concerns around the GCSB Report, it is a travesty that the implications of the Report itself and the new legislation being rammed through around the GCSB’s new powers to cover up retrospective illegality is not receiving more attention.

The leaking of the Kitteridge Report to Vance allowed for some intelligent journalism around these fundamental issues of our rights as citizens.  The Kitteridge Report showed some important failings in the GCSB that require further oversight – disorganization, concern around legality and the illegal spying on 89 New Zealand citizens – all of which has somehow been put through the public relations spinometer as benefiting New Zealanders and power that the GCSB should already have.  The national conversation that should be about our civil liberties keeps getting subsumed by the personalities in the equation and paranoia over potential terror attacks.

I don’t really care about speculation over whether Dunne has done a Clinton. It’s not like he was instagramming his penis like US Senator Anthony Weiner – from all accounts it seems like a couple of tweets and some emails. The more important issue is the legislation, and the potential impact Dunne’s demotion will have on the coalition government. I don’t have to agree with every single statement that comes out of a politician’s mouth to support them on issues of confluence. It seems extraordinary to me that Norman on behalf of the Greens is calling for the police to investigate – it would be better to let Peters lead that line of attack, given that he has continually complained about the level of secrecy around the Security Committee. At the end of the day, it is not about a soap opera, it is about our rights as citizens.  And this needs to be the focus of the opposition, not continuing the blood bath for political points.