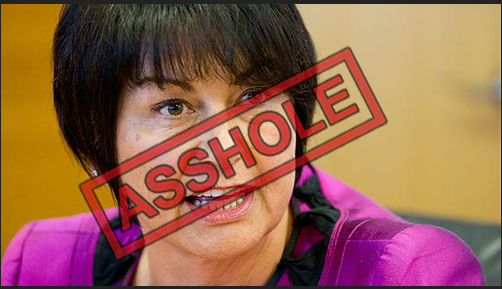 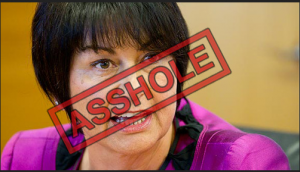 As I have highlighted previously, at the end of this month the government will release the national standards data that will a) ‘prove’ that their education policies are ‘raising achievement’ and b) ‘prove’ that there is a wide variation of school effectiveness and that teachers’ performance is therefore deficient.

All this, of course, is derived from the school ‘reform’ handbook that has been imported from overseas.

Waikato University Professor of Education Martin Thrupp, a long time campaigner against the Global Education Reform Movement (GERM), for example in his book ‘Schools Making A Difference’, has written an article in The New Zealand Herald that critiques this data release. Martin’s analysis makes very similar points to those that I’ve expressed previously, albeit in much more authoritative and better expressed way!

“The published data appears straight-forward enough – percentages of children “above”, “at” “below” or “well below” the standard for their year group in each school. But there is nothing standard about what underlies the tidy rows of figures. Schools’ approaches to making judgments against the National Standards are so idiosyncratic and wide-ranging that it is impossible to accurately compare achievement between any two schools, let alone “apples with apples” comparisons across more than 2000 New Zealand primary and intermediate schools.”

Thrupp’s findings are based on a sample of six schools and one can only imagine what the nationwide figure would be like. He has found that the variations in each school’s methods of making their Overall Teacher Judgements (OTJs), such as the differing mixes of judgements and use of the standardised tests such as e-assTTle and STAR, throws doubt on the validity and reliability of any conclusions.

“The numerous sources of variation that underlie schools’ judgments also mean that any claim of overall improvement or decline in the achievement of New Zealand children against the National Standards will be quite spurious.”

Thrupp’s long and well expressed opposition to GERM has naturally seen him denigrated by the government ( e.g previous Minister of Education Anne Tolley), using their well trodden personal attack path. This however, in no way diminishes his authority and so his findings add to the increasing weight of evidence against national standards.

His article also discusses issues with the Progress and Consistency Tool (PaCT) which I have also described in an earlier article. The government, having conceded (off the record) that national standards rankings based on teacher judgements is a very flawed beast indeed, is developing PaCT in an attempt to obtain more objective outcomes from subjective teacher judgements. Thrupp also raises concerns about this, including the possibility (probability?) that we could be looking at yet another government IT failure, to go with Novopay and many others (remember INCIS?).

“But if the PaCT is intended mainly as a form of national moderation (ie informing other assessment processes rather than itself becoming the assessment tool for making judgments), then it can be expected to be an expensive failure.”

Further, the design concept behind PaCT still suffers from the problems of using sampling assessments to determine overall achievement. Sampling like this only measures the very areas that are deemed to be significant, as if learning can be digitised into discreet segments. Different sampling can and does result in different results, and thus the outcomes are likely to be as variable as the teacher judgements. This is especially so when the very conditions leading to variability are ignored – the biggest of these being family poverty, which, as we know, is the ‘ elephant’ that the government doesn’t want to acknowledge.

“By failing to recognise the underlying causes of variation, it is likely to allow the Government to ignore the impact of contextual inequalities between schools, for instance, the effects of diverse and unequal intakes and communities, school locations, staffing and other resources.”

The whole process is a crock. It can’t work, and won’t work. There is a basic similarity with Novopay, where the basic concept and design is so flawed that achieving any kind of reliability is going to be very expensive, if at all possible. The government’s ‘raising achievement through national standards’ policies have similar concept and design errors.

“National Standards may be a government aspiration but they are not national and they never will be while there is so much potential for local variation. It is almost comical – if it weren’t so serious – that data representing such variation is being put into the public domain for comparative purposes when there are so many differences between schools in what it actually represents.”

The whole national standards and raising achievement rhetoric is a farce, a con job being perpetrated on the parents of New Zealand children in order to gain votes and has nothing to do with education.