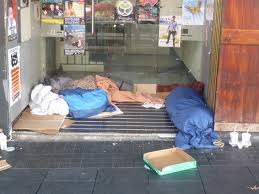 There is a whole lot of talk about housing in Auckland right now. It is one of the key issues facing our city and for me, good quality affordable housing is vital to the future of our region.

We are challenging Aucklanders to face up to what growth will really look like over the next 30 years and are taking this discussion out to Aucklanders as part of the informal engagement on the draft Unitary Plan. For the last eight weeks, I have been meeting with communities across the region every night of the week and most weekends to talk about what the Unitary Plan means for them. Some of this is pretty robust discussion but it shows that people are passionate about where they live and about the future of their communities and their city.

It’s exactly the kind of engagement I was hoping for. People sharing their views about what they think works and what doesn’t and the options they want council to consider. As I keep telling people this is the joy of a “draft” draft plan – we can change it and we will!

There has been huge interest and participation, which is fantastic. At the end of last week, there had been 177 council supported events across the region, with approximately 10,400 attendees, and more than 100,000 people have visited the Unitary Plan website.

What has become apparent though, is the increasing levels of misinformation being distributed about the draft Auckland Unitary Plan. People are being really frightened by scenarios that will never happen.
For a start, I’ve had to reassure many people that their house will not be taken away from them to make way for apartment buildings…or worse their house will be taken away and then they will be forced to live in a 30sqm apartment.

This is nonsense. Nobody will be forced to change their way of living. Auckland Council does not have the power to take your property from you. Nothing will ever change on your property unless you as the property owner decide to renovate, build or sell.

Nor will apartments appear in every neighbourhood. In fact the proposed terraced housing and apartment building zone will make up only 7% of Auckland’s total residential land use.

What people are also forgetting is that many Aucklanders already choose to live in apartments. There are 3-4 level and higher apartment buildings across Auckland. Those choosing this lifestyle are not just younger Aucklanders or students but baby boomers who are downsizing their property for low maintenance living. This is the exact situation I find myself in at the moment having sold our family home in Swanson last month. I am now looking for a smaller home in the West, close to transport and in the meantime will be renting an apartment in the city (road testing the urban reality).

One of the biggest myths being flung around is that Auckland Council is trying to attract 1 million more people. As Len said at the Housing Accord announcement last Friday short of stopping our children having babies and putting up barb-wire fence to stop people moving to Auckland, growth is coming.

Auckland Council is not trying to attract more people nor does it have a target for another 1 million people. But we are prudently planning for it. The figure of 1 million is based on the Statistics New Zealand high growth rate, which has made predictions about Auckland’s population for the next 30 years.
When it comes to the plan itself there are also some saying things are fine as they are. The existing plans might not be perfect but why change a thing? There are currently 14 different district and regional plans many of which are out of date, have inconsistent rules and are more than 10 years old. There are many things that simply don’t work in the operative plans, particularly when it comes to protecting the things that are important to Aucklanders.

The Unitary Plan is attempting to fix this. For example, good quality urban design will be consent criteria in any new development and there is proposed character and heritage protection for all pre-1944 settlements across Auckland. This has never been delivered before.

The Unitary Plan cannot solve everything. Fixing the issues facing our young people who can’t afford to stay in Auckland and for families who are struggling to find housing that is safe, warm and close to jobs is a complex task. However, by taking a compact city approach the Unitary Plan changes changes our focus to ensure that we give all Aucklanders the housing choices they deserve.