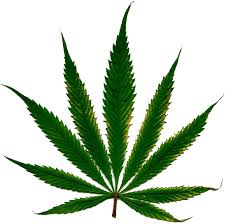 DRUGLAWED features Martyn Bradbury of The Daily Blog and a stellar cast of local and international experts who all have one thing in common: the understanding that New Zealand’s cannabis policies are doing far more harm than good and that change is imperative.

DRUGLAWED has been in production since August 2009 and will be released in APRIL 2014. Filmed across New Zealand and in Australia, the US, Japan and the Netherlands, all principal photography has already been completed. $150,000 funding was received in 2010 from NZ On Air for the TV3 version of the documentary INSIDE NEW ZEALAND: HIGH TIME? which examined the issues from a purely local perspective. In order to complete our original objective of making a 90 minute feature film which places New Zealand’s drug policies in an international context, we have built upon what we shot for television by subsequently investing a further $21,000 into the production, leaving a shortfall of $5,500 – this will pay for animated sequences and motion graphics.

The filmmakers would like to thank the cast for the generosity they showed us with their time and our legions of supporters who have enabled this epic shoot to be accomplished!