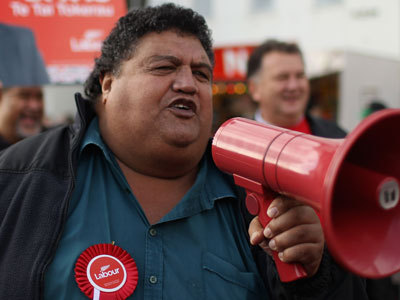 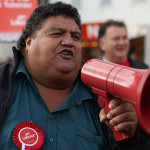 We have lost someone special with the passing of Parekura Horomia. There will be many other voices who will have many things to say about Horomia, but for me his own words from his maiden speech gave the sum of the man…

“I vividly recall walking to school barefoot with my seven brothers and sisters. Every day, whatever the weather, we walked five kilometres to school and back. Although this may not have been unusual for Maori children at that time, there was a certain irony about this journey for me. Every day we would watch the empty school bus drive past us and our other whanau to collect the Pakeha kids who lived half a kilometre from the school and take them back to Tolaga Bay – members who know Tolaga Bay will agree it is a lovely place. This bus would pick them up, turn round, and drive back.

As a child, the bureaucrats who made those decisions mattered little to me then. All I knew was that I had to walk and that the bus was leaving me and rest of my whanau behind. I used to dream of being picked up by the school bus, but as I grew older I and the others became more resilient. We went from wishing the bus would stop to thinking that if it did stop we would not hop on.

I relate that story because it is often said to Maori that: “we’ve missed the bus”, but in many cases Maori have not even had the opportunity to get on the bus. The irony in all of this is that now, as an Associate Minister of Education, responsible for school transport, I am not only riding in the bus but I am helping to drive the bus, along with my ministerial colleagues – Mr Samuels, Mr Mallard, and Mr Maharey. Rest assured, that as one of the drivers I am going to stop that bus and pick up a lot of Maoris on the journey forward.”

That he certainly did.