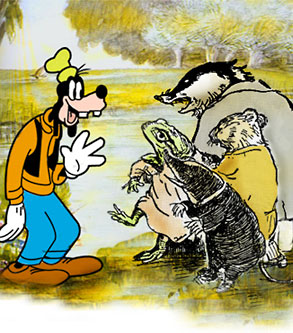 “Hi, I’m from Work and Income. I’ll need you all to urinate into a cup to be drug tested please.”

I don’t want to speak too soon, but the scorched earth of Aotearoa is taking a big long drink right now, which is a relief. Absent from the country for the month of February, it was shocking returning to browned grasses in urban green spaces, and acre after acre of scenery rolling out over the singed pastoral fields of the Otago Peninsula. When our driest December on record was followed one of our hottest Januaries, in turn followed by one of our sunniest Februaries, the pressure starts to mount. We got off lightly though; last week the Greater Wellington Regional Council announced they had 20 days of water left for the entire region. Northland was officially declared a drought zone in February, which became island-wide a couple of days ago.

The declaration of a drought gives farmers in these affected areas access to Rural Assistance Payments, roughly equivalent to the unemployment benefit in terms of remuneration, to cover costs of living that can’t be met by farmers during adverse climatic conditions. Payments are asset-tested, with “dairy company, meat company or fertiliser company shares” exempt from this process. These payments are ready to go at any time, essentially at the discretion of the Minister for Primary Industries. How many industries have specific benefits hard-coded into the MSD manual just in case they have worse operating conditions than they expected? Not to dismiss the suffering of the agriculture sector, Deputy Prime Minister and Farmer-In-Chief Bill English has chosen a cost of $2billion in the Office Sweepstake, but what is it about agriculture that warrants this specific attention?

If you are a worker at the mercy of the labour market, you are the master of your own destiny, but if you’re a self-employed agriculturalist who is having a bad time, the Nanny State is still prepared to dust off its apron and let you pull on the strings. The man in charge of the purse strings, however, has signalled that farmers shouldn’t expect to rely on government assistance, given the likely increase in droughts over the coming generations. Both NIWA and the Ministry for the Environment agree that frequency is set to rise due to climate change, and it seemed for a second that the climate change advocacy movement had won over a very senior ally. Sadly, and almost immediately, the Dipton’s Deputy was back pedalling so far and so fast that by last Wednesday he appeared to have staked a claim in climate change denial territory. In response to Greens Co-Leader Dr Russel Norman asking him whether he accepted that human-induced climate change is real, English replied: “It may well, but I am not sure what that has got to do with [the question of drought relief sustainability for farmers]”. It is a national embarrassment that the country’s second most powerful elected representative either refuses to believe, or refuses to publicly acknowledge, the links between human activity and metereological uncertainty.

Bill English’s stance on climate change and handouts won him support from the hard right,  and this weekend Matthew Hooten teamed up with the subeditors at the National Business Review to produce the hilariously headlined ‘English leading debate on climate change‘. In it, he peddles his usual line about climate science being akin to the Salem witch trials, and his exaltation of the free market leads him to wonder why farmers in hot summers get handouts, but skifield operators in hot winters get nothing. Long term, the dangers of simultaneously ignoring climate science and embracing welfare austerity could have fairly significant negative impacts on the viability of our farming industry, but for the moment let’s just look at the agricultural exceptionalism of our welfare system.

We all try to prepare ourselves and our families for times when something unexpected happens. One of the best ways to prepare for this is by planning ahead. Unfortunately, sometimes, in spite of our preparations we need some extra help.

This is how the Rural Assistance Payments are framed on the Work & Income website, a relic of the welfare state’s origins in the social democratic experiment. Life is hard sometimes, and you can’t always help that, so we will help you out until you can pull it back together. The statement is very much applicable to those who find themselves out of work and needing temporary assistance, but under ‘Unemployment Benefit’ all you’ll find are heavily emboldened obligations and punishments that will be meted out if you don’t meet them. It is a terribly slippery once you start drawing such distinctions between ‘worthy’ and ‘unworthy’ recipients of the social safety net. Likewise, we haven’t seen Paula Bennett come out and suggest drug testing regimes or incentives not to breed for farmers receiving RAPs, which is sensible because they are abhorrent, expensive and ineffective policies, but that goes for all beneficiaries. I challenge Bennett to cross-reference all statements regarding welfare for the two groups, and see how they read when group of recipients are switched.

Treating the unemployed with the respect and decency we afford our struggling farmers only takes us half way towards leveling this playing field. Recent punishments and shamings of the unemployed take it too far, but I do believe that there is an inherent obligation in receiving welfare, and it is by-and-large met. Applying for a benefit, and subsequently being on one, was one of the most humiliating and dehumanising experiences of my life, and I did what I could to get off it as soon as possible. Despite the diversionary, beneficiary-bashing rhetoric of the right, this is how an overwhelming majority of claimants operate. Scouring job listings, writing CVs, going to job interviews, re-training and showering, they do what they can stop themselves ending up in the same place.
This is another key divergence in the roles of Farmers & Jobseekers; the assistance being offered by the government includes no obligation to take seriously the role of agriculture in effecting climate change and climate disruption. The farming lobby wants us to let them remain publicly blinkered to the overwhelming scientific evidence, allow them to continue their often overly intensive operations, further exacerbate the problems we have with CO2 emissions, and receive financial assistance in perpetuity when it goes wrong. This Worst Drought In 70 Years business seems as good a time as any to use taxpayer-funded financial aid for farmers as a way of dragging them into a serious discussion about the impact of their industry on the long term stability of our climate. Bailing out businesses without requiring them to help futureproof themselves is terrible long term economic policy and a negligent use of Government Resources. The sooner the apron strings come with strings attached, the better.
TDB Recommends NewzEngine.com