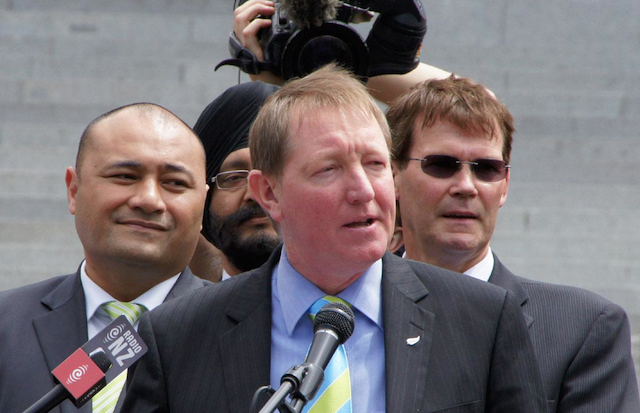 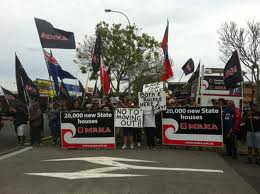 Auckland City’s unitary plan was released on Friday. It brings together 14 district and regional plans into an overall plan for the development of Auckland in coming decades. Its big picture focus is to grow Auckland within the city’s current footprint – packing in another million people in high rise apartments and terrace housing.

The government engaged in a slanging match with Auckland Mayor Len Brown over this proposal several months ago and has redoubled pressure in the last two weeks via new Housing Minister Nick Smith.

Instead of housing intensification the government wants the council to open up more residential land at Auckland’s outskirts. This is a key part of the government’s strategy to produce more affordable housing. It argues that more sections for sale will reduce market prices and give more families the chance to buy.

But we need neither the Council’s plans nor the government response. Both assume we need growth and that somehow this will make Auckland a more liveable city.

It won’t. We have a liveability crisis for low and middle income families right now and growth will do nothing to ease their struggle.

Instead of growth we need sustainable community renewal as Auckland’s top priority. This would mean Auckland Council focusing on strengthening and empowering local communities, providing the stimulus for jobs, providing more affordable housing and reducing the rates burden on low and middle income families who currently pay a far higher proportion of their income on rates and council charges than do higher-income families.

So what needs to be done?

To make housing more affordable we need a tough capital gains tax to drive “property investors” – almost 50% of current house sales – out of the housing market and leave it for first-home buyers.

To make the city more liveable for low and middle income families the council should abolish all flat charges for such things as wastewater and rubbish and incorporate them within a rates system based on property values.

These are the kind of popular progressive policies which will improve the lives of the big majority of Aucklanders who for many decades have subsidised the lifestyles of the wealthy.

But don’t expect these ideas to come from Len or Nick – they are still fighting over dud policies.