The most frustrating thing about this current Green Party Phantom Coup is that it was so fucking predictable!

I warned the Greens privately and publicly in 2020 NOT to go into an agreement with Labour.

I argued at the time that the Greens either threaten an all out civil war against Labour on their incrementalism or they grant peace for a few cherished policies that they could champion endlessly to voters like free public transport.

The Green Leadership however will justify any crumbs as great successes and better to be in the tent blah blah blah. Normally this kind of watered down Green lime reasoning would be fine and dandy, but the fucking planet is melting and this pandemic is but the first wave of disruption from a biosphere in savage decline.

There can be no more waiting.

You can’t replace Winston as the handbrake from the last term with the entire landlord class of NZ and call that progress.

So there is an immediate friction inside the Greens between the Leadership and the new class of activist MPs alongside the sudden power of Chloe by winning an electorate.

The group, called Tatau Pounamu, a Negotiation Consultation Group, has also settled on its terms of reference, giving a guideline for how it will settle on a final decision on what the Green Party’s relationship with Labour in Government will look like.

Tatau Pounamu’s terms of reference proposes a consensus be sought, and, if that fails, then a 75 percent vote of the Tatau Pounamu group in favour will be required “to carry a proposal that alters the status quo”.

The terms of Tatau Pounamu agreement state: “All decisions concerning the negotiations, including what agreement, if any, would be taken to a Special General Meeting (SGM) will be taken by the combined membership of Tatau Pounamu.”

“Decisions will be reached by consensus. When this is not possible it will be by vote, with at least 75% of votes in favour to carry a proposal that alters the status quo.”

“Only members of Tatau Pounamu selected by the three-petal approval processes are involved in decision-making.”

The group consists of 16 Green members, including some MPs, ex-MPs, and the upper echelons of the Green Party who have existing positions in the hierarchy.

…so what baubles would be on the table from Labour?

Labour would see letting someone as mild as James stay in the job a safe bet and the symbolism of a Green MP in the role inoculates them from doing anything. They would also see rewarding Chloe as a smart way of avoiding a real and popular critic from saying anything to damage them. They won’t bend on any policy.

This deal would be an embarrassment and walking away into Opposition would be far preferable and would achieve more.

So what baubles could be offered to make it worthwhile?

A Public Ministry of Works that directly builds State Houses and affordable homes.

Free mental health counselling for all.

Now THAT policy platform would be worth supporting Labour for, but empty gestures would not be.

My suspicion is that the Leadership are gerrymandering the process to gain an agreement for some very low hanging fruit.

Labour want that because James and Marama are far easier to negotiate with than Chloe will be.

The membership will be up in arms if the baubles are so hollow and will be in furious surprise that they supposedly agreed to it once they see the fine print of what that actually means.

…exactly what I warned would happen has happened!

Did you all know that when Marama went into here negotiating meeting, she had written down on her notepad two words, ‘Why not’?

That was their ‘negotiating’ tactic, to get on their knees and beg ‘why not’.

By taking on the empty baubles of vacant Ministerships, all the Greens did was provide political camouflage to their political incrementalism as the planet burns!

Imagine if the Greens had spent the last 2 years OUTSIDE the shadow of the Government and had been able to attack Labour each week from the Left, they would be 15% right now!

The Greens are all lovely people, but they are woke as fuck and as such a weak. Sure, misuse a pronoun, get Te Reo pronunciation wrong, suggest female comedians aren’t funny or claim Mommy Bloggers are over rated and they’l slash your throat while they make you watch them hurt your pets, but when it come to the bear pit of politics, they have all the offensive capacity of slow growing moss.

They walked into this problem because their strategy team are clowns. This is why I fear they have lost all political relevancy EVEN IF they are in a position to finally influence labour post 2023 election as a full and equal partner of a new Government, I have serious doubts they could do anything beyond basic bitch low hanging fruit identity politics tomfoolery.

I do not believe they have the intellectual capacity to game out a radical economic adaptation plan to prepare us for the economic recession, climate change and structural inequality.

The current Green Party see the enemy as every heteronormative white cis male, they don’t see it as capitalism. The problem for the Greens is Patriarchy and Colonialism not neoliberal free market economics.

The Greens chose the baubles of vacant Ministerships over fighting a Labour Party that didn’t need them and then acted surprised when they get welded to that incrementalism and damned for it by the activists. 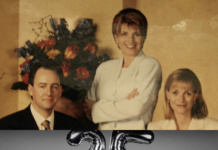 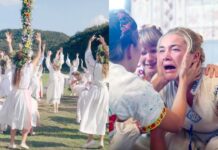 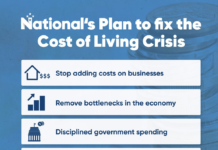