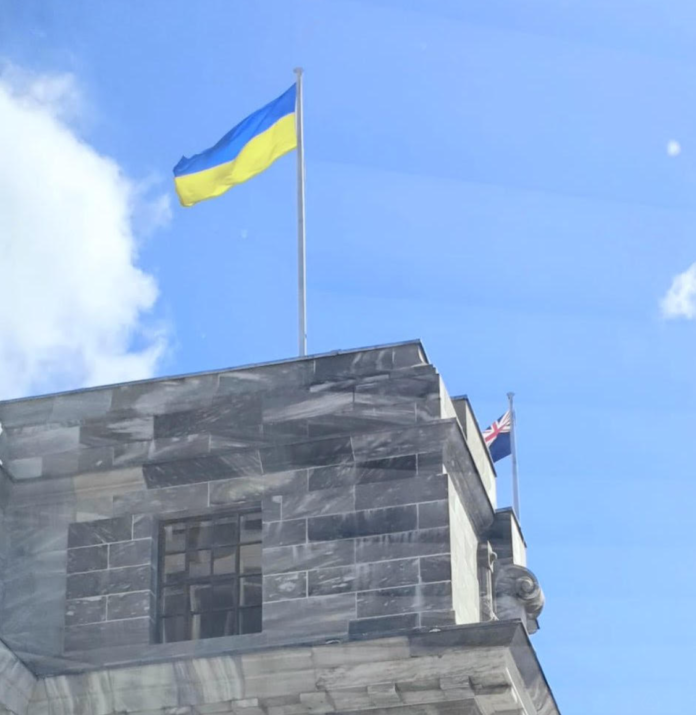 Last week the Minister of Foreign Affairs Nanaia Mahuta delivered a no-holds-bared attack on Russia for its illegal invasion of Ukraine.

She described it as “a form of aggression at direct odds with the core values of New Zealanders” and expressed her “resolute support for Ukraine’s sovereignty and territorial integrity”. She spoke of the support parliament had given to Ukraine with “our unanimous motion to condemn Russia’s unprovoked and unjustified bullying”.

Ms Mahuta spoke of the actions the government has taken in response saying “we have banned all goods that could be used by the Russian military and suspended foreign ministry consultations with Russia. There are now travel bans in place on key individuals from Russia and Belarus involved in the invasion against Ukraine, and this list will be reviewed regularly.”

She said New Zealand, along with 30 other countries, has referred Russia to the International Criminal Court so an investigation can begin immediately into possible war crimes committed in the attack.

She talked about our government co-sponsoring a United Nations General Assembly resolution “condemning Russia’s actions and demanding its immediate withdrawal”. She said the resolution, supported by 141 votes, “shows the incredible demonstration of international solidarity in the face of Russian aggression against Ukraine.”

By any measure this was an impressive response to a serious international situation by the Foreign Minister of a small country on the other side of the world. It should make us proud that we can speak out and be heard in such a fearless manner on issues of such critical importance to humanity.

Unfortunately, we can’t celebrate this Labour government stance because we know it is so exceptional to the government’s normal approach to invasions, military occupations, attacks on democracy and abuses of human rights.

Take the examples of Palestine and West Papua. 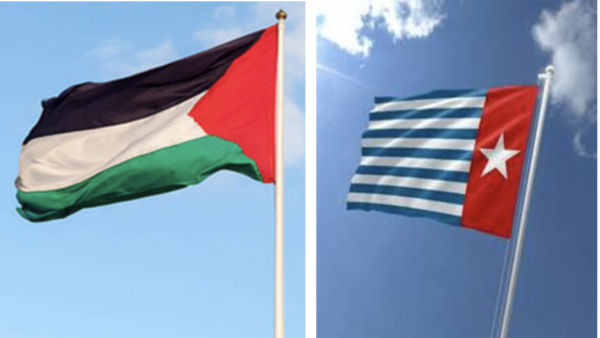 All historic Palestine, from the Jordan River to the Mediterranean Sea, has been occupied by the Israeli military since 1967 – one of the longest military occupations in modern history. Under Israeli military rule, described as the application of “apartheid policies” against Palestinians by Amnesty International and the US-based Human Rights Watch, Palestinians face daily harassment, ritual humiliation, arbitrary arrest, prolonged detention without trial (children included) and well-documented brutality when they resist their occupiers.

Since 1967 over 20,000 Palestinians have been killed under Israel’s reign of terror. Most of them civilians. Meanwhile the Human Rights Group Defence for Children International says 2021 was the deadliest year for Palestinian children since 2014, as Israeli forces killed 76 Palestinians under 18, 15 of them in the occupied West Bank and East Jerusalem, and 61 in the besieged Gaza Strip.

Our Pacific neighbour West Papua has been occupied by the Indonesian military for even longer, since 1962, and a more savage, unforgiving occupier would be hard to find. But look for any Labour government statements on Indonesian war crimes or standing in solidarity with the people of West Papua and you won’t find a murmur. No tweets, no media releases, no solidarity, nothing!

Alongside eye colour, the other critical factor is that the Labour government calls out human rights abuses to a US agenda. Labour is happy to condemn Russia and China for example and pass parliamentary motions condemning their brutality but turns a blind eye when US allies such as Indonesia and Israel run occupying regimes of murder and mayhem against West Papuans and Palestinians.

The Labour government has not shown courage in dealing with Ukraine. It has been easy to join the crowd of international condemnation and proudly fly the Ukrainian flag over our parliament.

But when will Labour fly the Palestinian or West Papuan flags over parliament? 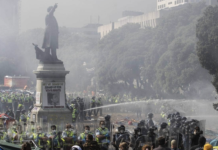 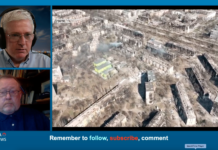 PODCAST: Buchanan + Manning: What can bring the Russian war against Ukraine to a close? 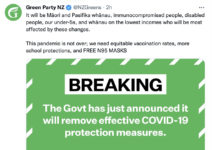