News that Simon Bridges is resigning is a great loss for National and a greater loss to NZ politics.

In another life, I think Simon Bridges would have been an actor.

He has a natural talent to perform and we saw that on the first day of the first term of Jacinda’s Government when Simon pretended to count Labour, Green & NZ First MPs in the House and claimed they didn’t have the numbers  to elect Trevor Mallard as the Speaker.

By lying through his teeth, Simon managed to gain vast concessions out of Hipkins on the very floor of Parliament that handed National huge numbers on select committees they weren’t going to get.

He also showed his flair for performance when he held the entire country’s attention hostage by drip feeding the Treasury website hack over a week and humiliated Grant Robertson in the process.

He summed up the aspiration that the National Party pretends to represent and he had more chance of regaining middle Nu Zilind vote than Judith or Muller ever could. 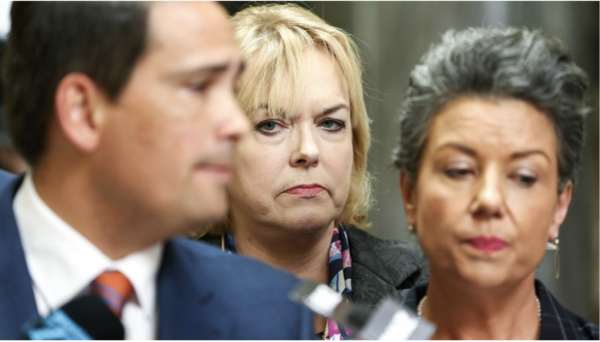 The manner in which Judith smeared him and attempted to use a Me Too harpoon to damage his reputation was fucking disgraceful and a reminder of how carcinogenic she is.

His book was a surprisingly tender and intellectual reflection on masculinity in NZ that deserved far more attention than it received.

I didn’t agree with a lot of Simon’s policy but I respected his intelligence and humour. NZ politics will be a lesser place without him but I genuinely believe he will be amazing at whatever he moves onto next.

A salute to Simon Bridges.