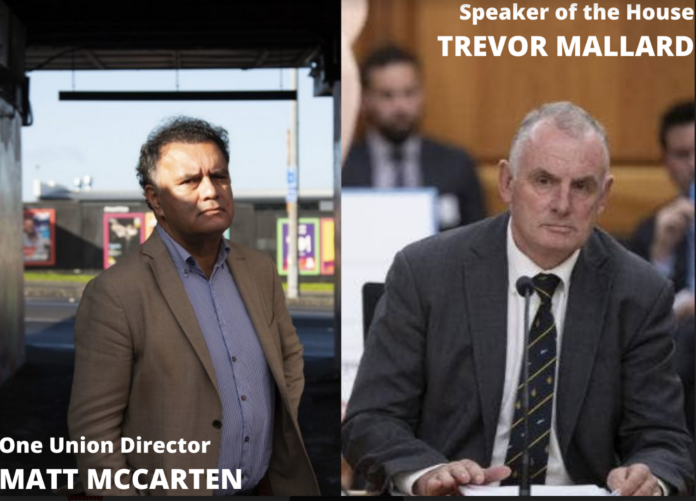 We have tried to resolve this matter confidentially for months.

I don’t know what’s wrong with Rafael. He seems affable, but clearly makes promises he doesn’t follow through on. And two young staffers got shafted after he promised he would protect them. Rafael has never contested the facts.

We offered him a confidential mediation that would be  binding on everyone, so we can all move on. It was simple, fair and easy. But his lawyer got in his ear and he refused. I guess lawyers don’t get paid if we settle matters.

As you can appreciate this is a matter that we have to pursue. The victim and the witness were treated abysmally by Rafael. I don’t think it was deliberate. Just careless and incompetent. Frankly I don’t know what’s worse.

My request to you as Speaker is included in the press release sent to you by email earlier.

2. Tell Rafael he has to answer our questions – they aren’t going away.

4. Update us on the Francis report on the recommendations to stop bullying. Clearly people need to read it for tips.


I have also emailed you the questions I’d like you to tell Rafael to answer. From the very beginning, when I first wrote to Rafael in August, he won’t answer any questions.

Also tell Michael Quigg writing me threatening letters doesn’t work and is counterproductive. Bullying this worker and me kind of reinforces our argument that parliament is a bully’s cesspool.

Anyway, what happened to the Francis report? We’d also like the Burt Investigation report released too? Nick is Nick as we all know, but it’s about a bigger picture.

We will be organising a petition calling on you to agree to the four requests above. I’ll send the petition through later.

I’m sure you would rather be doing other things, as would I. But your people caused this injustice and refuse to take responsibility. Now I have to do their bloody job. Fucking hopeless.

I know you have responsibilities to follow professional advice. But if you are able to cock your eyebrow to whoever can help fix this mess I’d appreciate it.