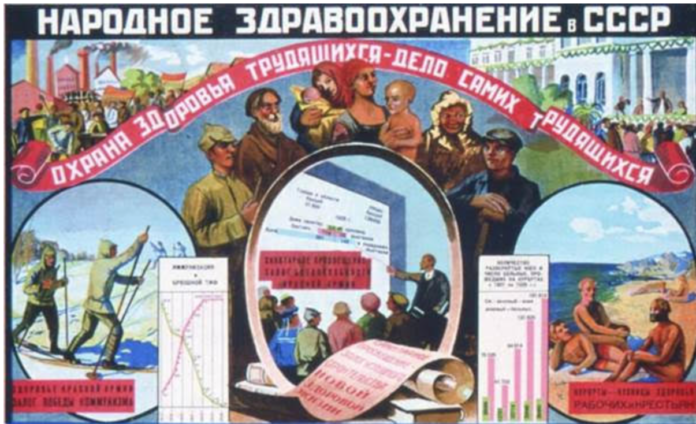 ACCUSATIONS OF NAZISM are being flung around “in a carefree manner”. That, at least, is the observation of Dr Kate Hannah, Lead Researcher of the Disinformation Project. Established in 2020 under the auspices of Te Pūnaha Matatini at the University of Auckland, the Disinformation Project seeks to separate fact from fiction in the increasingly fetid ideological climate of the Covid-19 Pandemic.

“We’ve really witnessed a downgrading of social discourse”, argues Hannah, “an acceptability of really vulgar, obscene, denigrating, rude, misogynistic, racist terminology just being used.” She reports that terms such as Nazism, Communism and Authoritarianism are being attached almost casually to political opponents.

Certainly, the prospect of New Zealanders having to carry Vaccination Passports, and Government-mandated “No Jab. No Job” regulations coming into force, has raised the ideological temperature considerably. Nor is it the case that strongly expressed reservations about increased levels of state coercion are restricted to the Right. In a widely read Daily Blog post entitled “This Is Wrong”, the veteran leftist John Minto comes out swinging at the idea of dividing New Zealand society into the Vaccinated and the Unvaccinated.

More pronounced upon the Right than the Left, however, is the tendency to compare the Labour Government’s Covid-19 strategies with the behaviour of the totalitarian regimes of the 1930s and 40s. The conservative clergyman, Pastor Peter Mortlock, for example, recently warned the congregation of his evangelical City Impact Church that: “Nazi Germany has arrived in New Zealand”. Adding for good measure that the unvaccinated were at risk of becoming “Yellow Star citizens”. (The reference is to the yellow Star of David all European Jews were required to wear by their Nazi tormenters.)

Perhaps inspired by the Pastor’s words, a group of Anti-Vaxxers last weekend posted a photograph of themselves, all wearing Yellow Stars, on Twitter.

If Pastor Mortlock, and those he has inspired, had “done their research”, however, they might have hesitated to include the Nazis in their propaganda sermons and stunts.

As Branko Marcetic explains in a sharply pointed piece for Jacobin magazine,  the Nazis were far too sensitive to right-wing public opinion to enforce the compulsory vaccination legislation that had been on Germany’s statute books since the Imperial Vaccination Law of 1874.

When the Nazis came to power in 1933, the 1874 law was actually in abeyance. A tragic medical misadventure, in which 70 children had died three years earlier, had mobilised the already large anti-vaccination movement in Germany, and the Government had responded by simply ceasing to enforce the law. Far from re-instating compulsory inoculation, Hitler and his confederates decided to keep the moratorium in place.

Partly this was in response to the very strong anti-Semitic flavour of the German anti-vaccination movement which, like the anti-vaxxers of today, was prey to all kinds of lurid conspiracy theories. Mostly, however, it was because the Nazis were enthusiastic eugenicists.

For Hitler and his comrades vaccination was regarded as a Darwinian test of evolutionary fitness. Intelligent and conscientious German citizens would not hesitate to get vaccinated. Those who refused were declaring themselves to be either politically or congenitally unfit to remain a part of the German volk. When it came to the conquered peoples of Eastern Europe, the eugenic message was unequivocal. Vaccination was only for the Master Race – among the untermenschen Nature must be left to take its course.

Hitler had no need of Vaccination Certificates, he would have looked upon Pastor Mortlock and his ilk as a self-correcting problem.

Marcetic’s article serves as a timely reminder that there really is nothing new under the sun. Human nature remains a depressingly consistent factor in the way politics unfolds. Equally bracing, however, is the realisation that Hitler’s Darwinian cast of mind is very far from being dead. The briefest scan of Twitter and/or Facebook will produce numerous examples of eugenicist thinking. Indeed, as Auckland’s Level 3 Lockdown threatens the Christmas plans of thousands, the notion that the anti-vaxxers should be treated as a self-correcting problem is only likely to find additional supporters.

But if Hitler (teetotaller, non-smoker and vegetarian that he was) was less than keen to enforce compulsory vaccinations on the civilian population of Germany (the armed forces were a very different story!) what about his Soviet equivalent, Joseph Stalin?

Up until the death of Stalin in 1953, the primary focus of the People’s Commissariat of Public Health was on the education of the masses – mostly by means of unceasing propaganda. Being a healthy Soviet citizen was a revolutionary duty. Campaigns were waged against smoking, drinking and sexual promiscuity (i.e. Venereal Disease). Basic sanitation was drummed into a population that, historically, had known nothing of such matters.

Essentially, the People’s Commissariat made a virtue of necessity. In its early years, the Soviet Union simply had too few doctors, and nothing like enough medicines, to do much more than exhort the population to look after their health.

The extraordinary population losses experienced in the Soviet Union, first as the result of the  Stalin-led Communist Party’s murderous policies, and then under the hammer blows of the Wehrmacht, forced a major re-think of Soviet health policies. Human labour was now too precious for the Communist Party to squander in the manner of Stalin and his homicidal comrades. With Stalin dead, however, and the gulags “downsized”, public health provision became a way of demonstrating the “benevolent” aspects of Soviet rule.

As Stephen L Hoch writes in his 1997 paper The Social Consequences Of Soviet Immunization Policies, 1945-1980:

“Soviet society used coercive immunization campaigns to demonstrate the superiority of an administrative order over a legal one . The state mandated compliance with a public good and in the process demonstrated the benefits of vigorous state control in the public realm . The public was to be passive in this process. Vaccination campaigns were used to show that if a good was truly important the state would do it, indeed, the state must do it. And, it must be recognized that in spite of all the abuses of Soviet power, the political leadership in the former Soviet Union repeatedly pointed to immunization campaigns to illustrate the success of its administrative order.”

That enforced public passivity was to come back and bite the Russian people when the Soviet system finally fell in 1991. In the “new” Russia, the human and material resources required to continue the massive state-run immunisation campaigns of the Soviet era were no longer available. Until Russian parents learned to take the immunisation of both themselves and their children into their own hands, many of the diseases conquered in the post-war years were bound to reappear – which they duly did.

History is seldom a clear-cut thing. Hitler declined to enforce vaccination out of a combination of political and eugenicist considerations. Similarly, while Stalin reigned over the Soviet Union, public health campaigns were largely exhortative, propaganda-driven affairs. Following Stalin’s death, however, coercive vaccination was presented as evidence of the Soviet system’s paternal benevolence. No longer a regime that killed millions without compunction or remorse, the Soviet Union presented its post-war compulsory mass vaccinations as proof that it was now committed to saving millions of lives.

As the Delta variant of Covid-19 sweeps through the largely unvaccinated Russian population with renewed energy and alarming lethality, there will be many older Russian citizens who recall with some nostalgia the regime that lined them up and jabbed them whether they liked it or not. To avoid the evils of the Soviet Era, however, a great many younger Russians will happily run the risk of contracting Covid. After all, as diseases go, it is considerably less deadly than Stalinism.

A proposition with which – “carefree” Anti-Vaxxer accusations of Nazism, Communism and Authoritarianism, notwithstanding – New Zealanders from both the Right and the Left will likely find themselves in rare agreement.