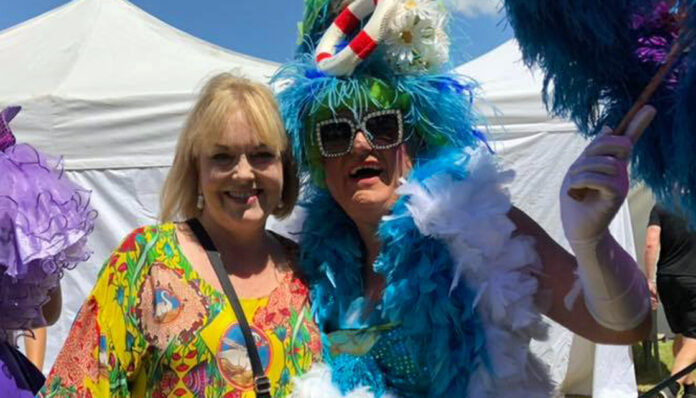 Judith Collins is hitting back at the organisers of Auckland’s pride festival Big Gay Out after they revealed her and her MPs might not be invited to next year’s event after National voted against a ban on conversion therapy.

“No we wouldn’t want to welcome the National Party to Pride because of their really dangerous and harmful positions,” says Pride organiser Max Tweedie.

Tweedie says National’s vote against a ban on gay conversion therapy equates to a vote in favour of the abhorrent practice.

“Vulnerable young people, vulnerable people generally, being submitted to these practices – that we know don’t work, that cause harm in every instance, and can drive members to our community to at worst suicide – that’s what the National Party is supporting.”

Max Tweedie of course believes that Judith Collins press secretary is a member of a Hate group (something the Court actually ruled against remember) so if that’s Max’s starting point, cancellation is demanded by woke dogma. 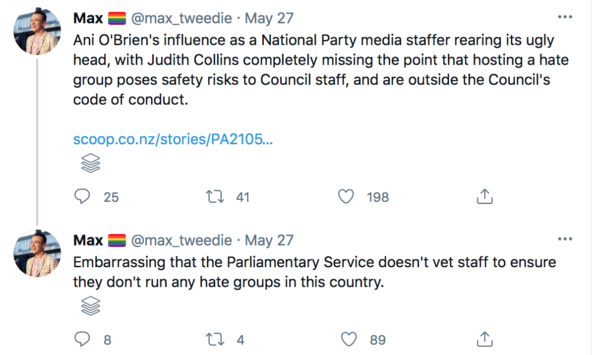 Could I suggest that perhaps cancelling Judith from Pride is an incredibly dangerous game for the Woke to play here?

I appreciate in the echo chambers Max exists in, everyone loves the militant and exceptionally angry Trans movement.

Could I humbly suggest not everyone does?

It’s not that NZ is particularly transphobic or homophobic, there are pockets of that of course, but the vast majority of Kiwis are pretty accepting and accommodating for the rainbow community because of the work that community put into gaining that acceptance.

NZ supported gay marriage when it happened and the legislation making it far easier for the Trans community to get the legal paperwork they need to live passed the second reading state this week!

Last month we celebrated 35 years since the homosexual reform legislation and I vividly remember that debate.

I was lucky enough to grow up in a family in the 80s that was very clear about homosexuality being a personal choice that was as valid as anyone else’s choice so the debate was the first time I was exposed to the naked malice and rage from many Christians at the decriminalization of homosexuality.

It was a view that was in stark contrast to the rainbow communities values of love, family and inclusion. Indeed ‘Pride’ was developed as an acknowledgment during the AIDS epidemic that if people didn’t love themselves, they wouldn’t protect themselves with condoms.

It seemed to me then as it does now that the rainbow community worked hard to be accepted via a campaign of genuine love and compassion which eventually succeeded.

Enter into this, the very militant and angry Woke Trans rights movement.

To appreciate how much these new Woke activists despise their own rainbow community activists from the 1980s and 1990s, just listen to those involved with over taking the Pride Parade a couple of years ago…

Remember, Stuff.co.nz and RNZ use those people as commentators regularly.

Add in a violent and vicious power struggle between Gender Critical Feminists and Trans non binary 4th wave feminists and you have a middle watching this schism in fascinated horror.

Include easily triggered micro aggressions on social media and you have a pure temple movement that excludes through its inclusion, where slavish devotion to woke dogma trumps all else.

Into this toxic soup of debate comes the plan to criminalize parents for stopping puberty blockers from a piece of legislation most Kiwis thought was about preventing Christian nutters from praying the gay ghosts away though exorcisms.

Cancelling Judith will give a focus point for all the ill will the Trans debate has caused, banning her will give that ill will a political home.

The 1980s rainbow values of family, love, inclusion and acceptance could prevent this, unfortunately the current woke activists can’t see that.

I think the radioactive way this debate has been conducted with toxic Woke warriors has generated far more resentment than Max Tweedie has calculated.

Cancelling Judith from Pride might be a really dangerous decision.