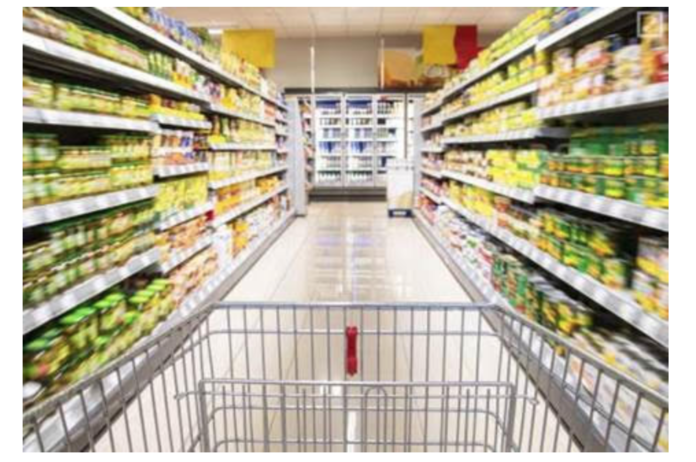 IS THE EDITOR of The Daily Blog correct? Would New Zealanders benefit from the creation a state-owned supermarket chain? Unburdened by the obligation to return a healthy dividend to private shareholders, would “KiwiShop” really be free to supply the highest quality food and groceries to the public at the lowest possible prices?

The rationale for this level of state intervention is, presumably, to break up the cosy duopoly of Woolworths and Foodstuffs. No less an authority than the Commerce Commission has determined that New Zealanders are paying too much for their food and groceries. An apparent aversion to aggressive competition has led the dominant players to match one another’s’ prices rather than better them. This is not the way a “healthy” market is supposed to work. Ergo, the whole industry needs a shake-up.

The first question, naturally, is whether or not the present government possesses the will to involve the state directly in the distribution of such crucial commodities. Given that the Minister in charge of the process is David Clark, the chances seem slim. This former Treasury boffin remains firmly wedded to the Neoliberal economic model. It is, therefore, difficult to see him pushing such a democratic-socialist project through Cabinet. Nor, if we’re being truthful, is it very likely that the Minister of Finance, Grant Robertson, would give such a project his blessing. Both Labour politicians still subscribe to David Lange’s famous taunt: “You can’t run a country like a Polish shipyard!” (Or, they would probably add, a Soviet supermarket.)

It would be easy to stop at this point, and simply close the argument with a terse: “It’s not going to happen.” But, let’s not do that. Let’s assume, instead, that the entire Cabinet, after a special screening of “Reds”, decides to embrace the “cheap food for the people” proposition with both arms. Let’s follow the idea through to some sort of conclusion.

The first point to make is that under this scenario Woolworths and Foodstuffs will continue to trade. KiwiShop is there to compete with all the New Worlds, Pak n Saves and Countdowns – not replace them.

Part of KiwiShop’s remit is to give the growers and suppliers of food products a fair price for their offerings. Presumably, this would be a higher price that the price offered by either Foodstuffs or Woolworths? But, if they’re paying their suppliers more, wouldn’t they be required to charge their customers more? That would not be a very good way to start: with the private supermarkets offering their customers cheaper fruit and vegetables than the state-owned store. People would laugh. Right-wingers would crow. Jacinda would not be impressed.

The situation would not be improved if the private supermarkets embarked on a policy of driving up the wholesale prices of everything the state supermarket needed to purchase in order to remain competitive. If successful, this strategy would also lead to KiwiShop’s prices displaying no appreciable advantage over those of the private distributors.

The pressure would be on KiwiShop’s management to undercut their competitors’ prices – even at a loss to its public owners. It’s easy to imagine the Opposition parties demanding to know the cost to the taxpayer of this expensive counter-strategy. The luckless Minister would soon be inundated with Official Information Act requests. Jacinda would be even less impressed.

One way out of this rapidly deteriorating situation would be to announce that staple items – bread, cereals, milk, cheese, meat, fruit and vegetables – would be significantly subsidised in KiwiShop supermarkets. Subsidies not available in privately-owned supermarkets.

Problem solved? Well, no, not really. The private supermarket owners would immediately file a complaint with the Commerce Commission, quite rightly asserting that the Government was screwing the scrum.

Moreover, Woolworths and Foodstuffs would not be the only complainants. New Zealand has puts its signature to a host of international agreements outlawing the state subsidisation of commodities – especially subsidies intended to disadvantage private sector suppliers. The Commerce Commission wouldn’t be the only body telling the Government to cease and desist. By now, one suspects, Jacinda would be getting really pissed-off.

At this point the NZCTU might well suggest that an even better way to run Foodstuffs and Woolworths out of the market would be to start paying KiwiShop workers much higher wages. Failure to match the state’s wage-rates would spark a major worker push-back. On the other hand, conceding wage parity with KiwiShop employees would slash the supermarket owners’ profits.

Or, it might not. It is difficult to see the Opposition parties – let alone the employers’ representative bodies – sitting back and doing nothing in the face of such a blatant attack on the capitalist system. If the Labour Government was allowed to get away with rendering the privately-owned distribution sector unprofitable, then what was to stop it from doing the same to any other sector it fancied taking over? Faced with what they would undoubtedly interpret as an existential threat, the capitalist ruling-class would start gearing-up for a God Almighty fight.

It always ends up here. Deploy the full resources of the state against one profitable capitalist player, and very soon you’ll be faced with the necessity of deploying its resources against them all. The capitalist class has no objection to the state taking over businesses which cannot provide a return on their owners’ investment. (It’s called “socialising the losses”.) But the state attempting to muscle in on money-making enterprises, well, that’s a whole different ball-game. A ball-game called Socialism. A ball-game which capitalism cannot afford to let the state, or anybody else, play – let alone win!

Which means that even a project as benign and necessary as providing affordable food and groceries to the poorest New Zealanders will, in the end, require a full-scale revolution. Now, I’m confident that Comrade-Editor Martyn “Bomber” Bradbury is more than willing to mount the barricades for social and economic justice. But can anyone see Jacinda, Grant Robertson, the Cabinet, or the rest of the Labour caucus, joining him in the violent overthrow of New Zealand’s capitalist system? Why not? Because the bosses cannot be defeated with kindness.

The basic necessities of life are sold as expensively as possible, because the capitalists owe it to their shareholders not to commit the sin of selling them cheap.