Some experiences are so traumatic that they transform lives, and those who live through them deserve to be called ‘survivors’. Men who endure the experience of a false sexual allegation are truly worthy of the term.

But if only the Establishment, mainstream media and sexual abuse activists could be consistent in their use of such language. Recently a TV interview screened with musical star Craig McLachlan, whom some women had accused of sexual abuse. The show gave his account of the story, predictably prompting indignant fury from sexual abuse campaigners. Their automatic ‘go-to’ labels of “victim” or “survivor” instead of ‘complainant’ reveal an assumption that all accused men are guilty. AStuff article appeared even before the show went to air, featuring Louise Nicholas’s annoyance with the upcoming broadcast and quoting ‘HELP’ spokeswoman Kathryn McPhillips as saying that false sexual accusations are “extremely rare”. She mentioned their incidence as being “less than one percent”, a figure that

McPhillips attributed to an “informal study” by an unnamed police employee – hardly a resounding statistical justification. Nicholas was critical of a show airing that “retraumatised” complainants by publicising the acquittal of a defendant. Ridiculously, reporting an actual court decision and the defendant’s take on his situation is beyond the limit according to Nicholas. Media outlets, it seems, should keep to only reporting ‘alternative facts’ consistent with doctrinaire narrative.

For an actually-scientific ‘non-informal’ study, I refer readers to Professor Felicity Goodyear-Smith’s opinion piece here of Monday where she explains that a more helpful DNA-based figure for wrongful convictions in crimes with a sexual component, is enormously greater than the McPhillips figure – being 8 to 15 percent, in fact. Other analysists estimate that the true figure is still even higher.

Instead of respect for science, common sense and the presumption of innocence, we are in an unhappy age of Salem witch-trial-style hysteria that has now given us the Sexual Violence Bill. There are numerous very ugly consequences that will flow from the bill and while conviction and imprisonment on a false allegation is of course the worst outcome – and an outcome this bill will multiply – another collection of indignities has not received focus, being life as an accused person prior to and during the trial process. Indeed, even if acquitted, men can still expect to have survived their prosecutions at an often-crippling price.

The first problem in our present legal climate is that no man is ever safe – and he won’t be for the balance of his time on this earth. Countless defendants are older men who have led lives free of criminal convictions. It is not that older men are disproportionately inclined to offend sexually, but that in a country without a Statute of Limitations on these charges, senior citizens can suddenly be surprised by charges alleging offending decades earlier.

Once charged, though still (literally) legally innocent, the purgatory of life in limbo while facing a pending case can include being remanded in custody (i.e. jailed) during some or all of that time, which can put a man at grave disadvantage in preparing his defence, thereby of course increasing the probability of his conviction and return to jail. Better is to be on bail, but that may be no sweetheart deal either, since bail may come with repressive conditions – usually insisted upon by the prosecution – which may be so intrusive and unsettling that they can even sometimes destroy livelihoods. In one of my (domestic assault) cases, a bail condition ring-fenced my client from entering an entire city – the city where he lived and he where operated his business.

A common bail condition is that the accused must avoid contact with the complainant. When that complainant is, for example, a disgruntled stepdaughter who lives under the defendant’s roof, this often means that he must find other accommodation. He may own the house and pay a mortgage on it, but that just means he has to pay rent on new digs while he also pays that mortgage – and accommodates the woman seeking to destroy his life and liberty. Financially crippled and tossed out of their homes, such men can quickly end up with literally nowhere to go while they await trial.

Their next nightmarish realisation will probably be financial. ‘Middle-class’ men usually have enough assets and income not to qualify for legal aid. So prepare for an enormous financial setback. Hopefully the defendant might quickly discover the benefit of having a specialised lawyer with long experience in defending such cases but the battle campaign (often with co-counsel, experts and investigators) can easily run into six figures. From where will this money come? Mortgaging or re- mortgaging one’s house might be an option – supposing the bank is willing to lend on criminal litigation where the mortgagor might end up in a prison cell and therefore unable to repay.

We often hear about the lack of funding for women’s refuges. If the power of the state is used to dispossess men so systematically, surely it is time for that same state to offer them support and even accommodation by providing ‘men’s refuges’, which it predictably doesn’t. The unfashionability of that idea is laughably obvious but in cynical contrast even prison offers a roof. The graveyard is one refuge and suicide prior to trial has not been unknown.

For lawyers too, defending sexual cases has become traumatic. Those lawyers who work through legal aid are disillusioned with the dismal pay and the heavy hand of a state under political pressure to produce more sexual convictions at any cost to their innocent clients – and to their own peace of mind and sense of justice. Many are refusing to take on such work. What then for those defendants, thrust into a terrifying world that once seemed inconceivable in an enlightened country like ours?

The Salem false-allegation hysteria initiated its misery in 1692. Now 329 years later, ‘thought leaders’ such as McPhillips still seem to have little understanding of the grave danger of false allegations, the prevalence of which she and her cohorts lightly deny. Calling the now-acquitted Craig McLachlan a ‘survivor’, would no doubt severely displease those activists who apparently claim exclusive rights on use of the word. Yet anyone who endures the horror of a false allegation most deservedly earns that title. 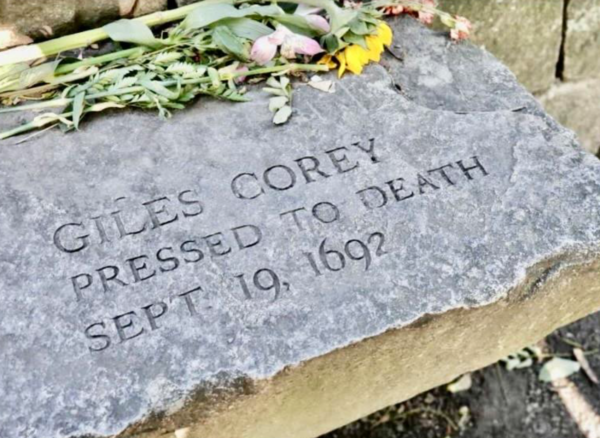