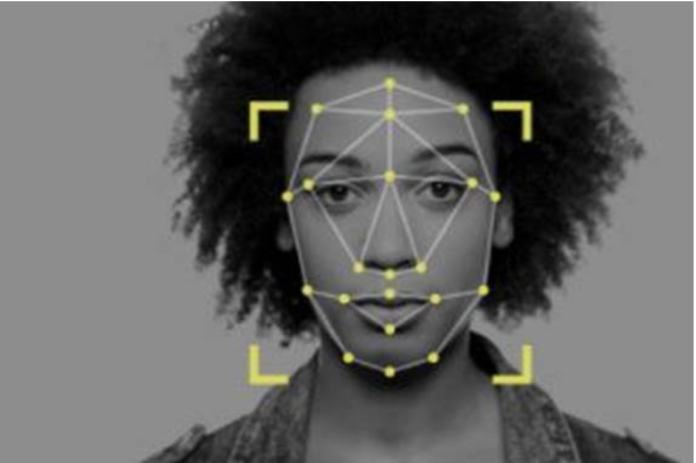 IT SEEMS PERFECTLY OBVIOUS to me why the Police are stopping and photographing young Maori and Pasifika New Zealanders. Officers patrolling at street level are, almost certainly, recording and sending clear, full-face images of “potential future suspects” to a database linked to the facial recognition technology (FRT) which elements within the Police have been trialling. Because FRT is notoriously unreliable when it comes to identifying people of colour, it makes sense for the Police to be gathering highly-detailed images that can be scanned and registered, thereby making future identifications easier and more accurate.

It was in May of last year that RNZ journalist Mackenzie Smith broke the news that the Police had been secretly trialling the FRT manufactured by Clearview AI. According to Smith, this trial had been undertaken without the knowledge of either the new Police Commissioner, Andy Coster, or the Privacy Commissioner, John Edwards. Clearview AI is the preferred FRT of hundreds of police departments in the United States.

In the face of Smith’s revelations, the man who commissioned the trial, national manager of criminal investigations, Detective Superintendent Tom Fitzgerald, told RNZ that: “Police undertook a short trial of Clearview AI earlier this year to assess whether it offered any value to police investigations. This was a very limited trial to assess investigative value. The trial has now ceased and the value to investigations has been assessed as very limited and the technology at this stage will not be used by New Zealand Police.”

But had the trial ceased? According to Smith’s report: “Prior to the statement from Fitzgerald, police spokespeople told RNZ on two separate occasions in the past week – on 7 and 11 May – that the trial was still underway. A spokesperson later said these statements were incorrect.”

The plot thickened considerably when RNZ revealed that the Silicon valley billionaire (and New Zealand citizen) Peter Thiel, whose Palantir electronic eavesdropping technology is an important weapon in the Five Eyes global surveillance arsenal, had been involved in the setting-up of Clearview AI. An important aspect of the company’s marketing strategy was its FRT’s supposed efficacy in identifying terrorist threats.

It is tempting to speculate that the NZ Police’s interest in Clearview AI had been prompted by the Christchurch Mosque Attacks of 15 March 2019. Following the tragedy, the public was highly critical of the Police, the Security Intelligence Service and the GCSB for their collective failure to identify the terrorist and prevent him from carrying out his murderous mission. The fact that the trial of Clearview AI had begun in January 2020 is certainly suggestive of a project that had its genesis several months earlier.

If this was, indeed, the initial motivation for the Clearview AI trial, then the Police’s surreptitious action is tinged with considerable irony. Smith, himself, had provided a link in his online story to a Huffington Post article excoriating Clearview AI as a refuge for far-right activists with views not too far removed from those of the Christchurch gunman. According to the HuffPost’s contributor, Luke O’Brien:

“Clearview is the most powerful form of facial recognition technology ever created, according to the [New York] Times. With more than 3 billion photos scraped surreptitiously from social media profiles and websites, its image database is almost seven times the size of the FBI’s. Its mobile app can match names to faces with a tap of a touchscreen. The technology is already being integrated into augmented reality glasses so people can identify almost anyone they look at.”

Small wonder, then, that Smith’s revelations prompted some pretty blunt speaking from the then Justice Minister, Andrew Little (who is still the Minister Responsible for the SIS and the GCSB).

“I don’t know how it came to be that a person thought that this was a good idea”, Little told RNZ. “It clearly wasn’t endorsed, from the senior police hierarchy, and it clearly didn’t get the endorsement from the [Police] Minister nor indeed from the wider cabinet … that is a matter of concern.”

Whether that blunt ministerial intervention was enough to stop the ongoing trialling of FRT is open to question. In December of 2020, RNZ (whose reporting of these issues has been truly outstanding) broke a story about Police officers stopping and photographing young people on the streets of Wairarapa towns. The question raised then was the same as the question being raised now: “Why?”

If, as the high-tech crime unit bosses had insisted back in 2020, Clearview AI “hadn’t worked”, and the whole FRT project had, consequently, been shelved, where were the images recorded by beat officers being sent?

Then – as now – the presumption was that the recorded facial images were being sent somewhere else.

Following Smith’s stories, Police Commissioner Coster had ordered a “stocktake” of where exactly the Police were at in relation to FRT: “Clearly, technology is moving really quickly”,  Coster told RNZ, “and it has good and appropriate application in law enforcement. The trick is for us to make sure that we are doing that within the bounds of [the] Privacy Act.”

Well, yes, that is the “trick” isn’t it? – assuming, of course, that following the rules is your first priority. But is it really? Given that the stopping and photographing of young people – especially young Maori and Pasifika – is still going on, and that the Police Officers responsible are using a special app for the purpose, we have reasonable grounds to wonder.

The Daily Blog editor, Martyn Bradbury, has assembled an impressive list of the agencies responsible for preserving New Zealand’s national security. Among these are a number of special units operating within the NZ Police. Amassing data for the purposes of avoiding another terrorist attack is only one of the objectives of these secretive and, clearly, not-always-under-control intelligence and surveillance units. There are the gangs to monitor; the suppliers of methamphetamine and other dangerous drugs to identify; as well, of course, as any number of animal rights activists, eco-warriors and radical Maori nationalists to keep an eye on. It would be surprising, to say the least, if those running these shadowy outfits remain entirely indifferent to the contribution FRT could make to Police operations.

Maybe Clearview AI didn’t work, and maybe it did. Maybe that unauthorised FRT trial was shut down last year, and maybe it wasn’t. Maybe the collection of young people’s facial details is entirely innocent, and maybe it’s not. That’s always the problem when it comes to the activities of the Secret State, isn’t it?