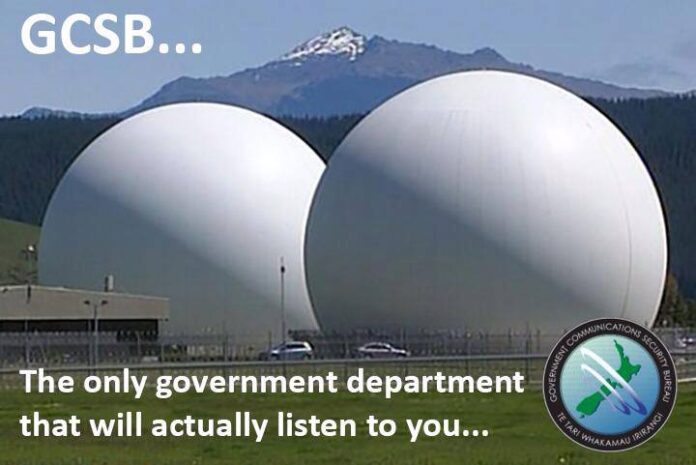 Comrade Chris Trotter is right, we must ensure any demand to police white supremacists must be tempered with the jealously guarded need to keep such Intelligence Apparatus guard dogs on incredibly short leashes lest they be turned on us.

And such caution must always be taken seriously.

…ok firstly, what a load of bullshit.

We know that the first generation Echelon mass surveillance computer system installed at Waihopai after Lange built it had the capability of key word search functions!!!!

THAT WAS THE FIRST GENERATION!

Not only was the GCSB which provides intel to the SIS designed to monitor millions of pages of data each day, the new generation hardware can monitor suspects in real time!

Don’t lie to our faces and pretend you don’t have a capacity you had in the fucking 1980s!

And exactly how tough is it to monitor the very place all these extremists go to start their devotion to Valhalla? Wouldn’t a fucking google alert suffice?

And Intelligence Agencies Minister Andrew Little has defended the SIS against suggestions it missed the threat saying, “I’m confident that all of our authorities involved in our counter-terrorism effort … are doing their job, are responsive, and are keeping people safe”.

Why are you confident Andrew?

…who we spend hundreds of millions annually on to protect us from the ‘what ifs’ and the worst violence were utterly missing in action when a white supremacist terrorist planned an atrocity on our soil for 2 years despite numerous red flags.

So I would love to have whatever the Minister is smoking.

No one is asking for the mass surveillance empowered Intelligence Apparatus to go all Orwell on us, we are simply asking they use the considerable tools already at their disposal and protect us who pay them from extremist violence!

You know, their fucking job.