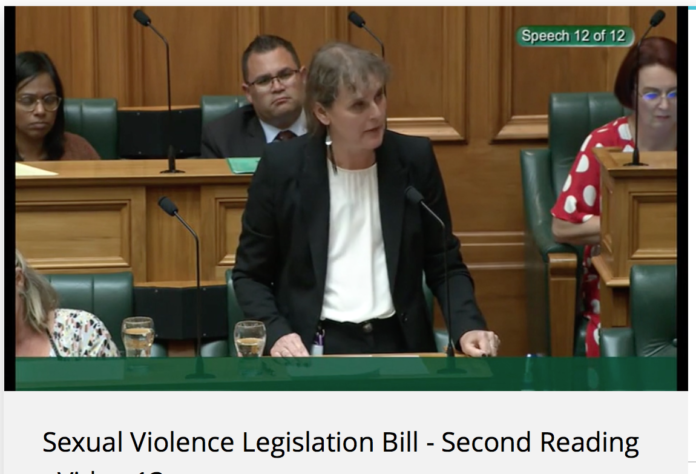 Labour and the Greens continue to quietly ram through law changes while you aren’t noticing that will gerrymander the current sexual violence laws to ensure anyone accused gets found guilty as part of Labour & the Greens woke mantra as law policy.

The new changes you aren’t hearing about will remove any defence for rape to ensure guilt is found because Labour & the Greens believe the current system isn’t finding all men guilty.

It’s part of a new woke faith based legal system where you must believe women and removes any defence from anyone accused so that 10 innocent men go to jail rather than allow one guilty man to go free.

If a man thought he had consent based on previous sexual history, too bad, he’s a rapist.

It’s the Spinoff threshold of guilt.

Labour and the Greens are ramming this through as quickly as possible so that the general public don’t know what’s happening.

As far as Labour and the Greens are concerned, due process is a heteronormative white cis male privilege so undermining right to silence and removing contextualisation and intent to ensure guilt is perfectly acceptable.

The woke philosophy at play here is that every single man is a dirty filthy lying rapist, where as every woman is a pure angel who would never lie.

The only difference between a woke lynch mob and a Sensible Sentencing lynch mob is that the woke use sustainable hemp rope.

You know what would be neat? If Labour and the Greens could put as much effort into the housing crisis as they are to ensuring anyone accused of sexual assault is found guilty.