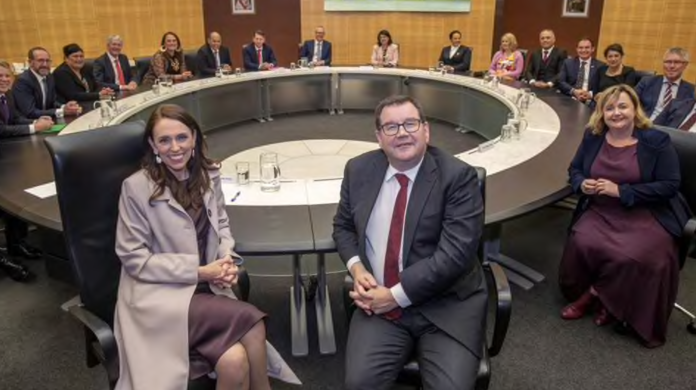 It’s been just over 100 days since the second Labour term landslide victory.

Jacinda stood on a platform of saving the entire country from a plague that connected New Zealanders in a universal solidarity experience with a shared sense of sacrifice that saw a once in a  generation vote of gratitude that propelled Labour to a democratic majority under MMP.

So who have been the winners and losers of this unprecedented political tsunami in the first 100 days?

Covid free NZ: The middle classes of NZ feel their shared sacrifice to work from home in their leafy suburbs with fast internet and plump larders is on par with what the ANZACs suffered at Gallipoli while the working classes got told they were ‘essential’ (but without an essential living wage), while the billionaire class laughed all the way to the bank. We see the horror overseas and we compare that with our lax can’t give a fuck attitude here and we love it! The Shire has finally come into its own and our tyranny of distance has become a blessing.

Property Speculators & Banks: They can not believe their luck with a Labour Government printing billions and allowing them to price entire generations out of ever owning a house. This is the second time in NZ history that a Labour Government tried to defend trickle down. Roger Douglas must be laughing and David Lange crying.

Māori: The fundamental changes to the bureaucracy of Māori Land that will allow vast self development, a deal at Ihumatao, blocking anti-Māori petitions and Matariki as a public holiday have cemented into place the Māori Caucus as the most powerful faction inside Cabinet. Radical reform will need to come from the Māori Caucus.

Economy: Closing the borders to stop hyper tourism, migrant worker exploitation and international student scams with a State that actually props up the Economy for the common good has seen unemployment fall and far less Government debt.

Nanaia Mahuta: Her appointment as Foreign Affairs Minister has been a master stroke in global diplomacy at a time when it is urgently needed. Her strength will be crucial in the coming years of geopolitical friction.

Renters: Have been utterly betrayed by this government. I’m having to move just before the new rules come into place into a rental market that is red hot because of the speculators Labour gave billions to. Thanks Labour.

Beneficiaries: Have been as utterly betrayed by this government as renters have.

National: No one wants to hear about their small Government bullshit when everyone is rushing towards the State for protection. They have no idea what they philosophically stand for other than venal self interest. Splintered by internal grudges from the catastrophic Muller coup, Judith’s smile makes her look increasingly like Dolores Umbridge.

Greens: Some identity politics virtue signalling and that’s been about it. Because Labour only have to keep Covid out, nothing much progressive will pass which will make the Greens look like they are propping up tepid mediocrity.

Inequality: The Rich got richer, the poor got Covid. Jacinda has ruled out wealth taxes and welfare increases. But young women at schools will be able to get free tampons, so yay?

Environment: Becoming Carbon Neutral by 2050 is not a solution to the climate crisis and if you think it is, you are part of the problem. Declaring a climate emergency without actually triggering emergency act powers is an empty gesture fart.

Simeon Brown: Any NZ Political Winners & Losers list that doesn’t include Simeon Brown in the loser column is not to be trusted. His loser powers are so superhuman that he forces his inclusion, no matter the topic.

All that matters is Covid is kept from our shores and as long as Labour keep us safe, Jacinda could eat a kitten live on ZB and the vast majority would blame Mike Hosking for her doing it.