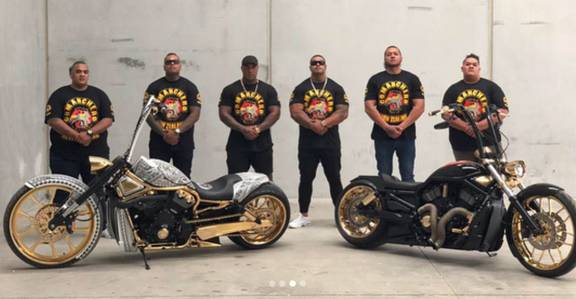 Come on. Not one of you can seriously be surprised by this right…

Since 2015, Australia has sent back over 2000 people and more than half have committed offences since being back in New Zealand. In total, they’ve now committed 9000 offences including home invasions, assaults, and child sex crimes, and more than 2000 instances of “dishonesty”, like theft.

…these men have no roots in NZ, they have no community to support them. Instead they are dumped on the creaking underfunded none existent infrastructure of ‘prisoner support’ which serves only to catch prisoners out and send them back to prison.

These 501s have swamped the domestic crime scene with a level of violence that is far in excess of what the domestic NZ gangs use and with their South American Cartel links, the 501s are importing a purer and cheaper meth that is causing enormous damage in our communities.

Our response to date is to simply accept Australia dumping prisoners here, but with the climate crisis set to burn Australia from the face of the planet, we should be using the deep resentment this 501 policy is causing to justify shutting down the border with Australia when their citizens start fleeing the oppressive heat waves.

NZ is a lifeboat, right now Australia is exploiting our good will by dumping any none citizen into our lifeboat causing enormous social fiction.

Let that resentment grow, let it poison all it touches, let these 501s cause their damage, because when the next wave of climate disrupting events occur, there will be a feral hatred of Australians that can be easily exploited when they start trying to climb into our lifeboat.