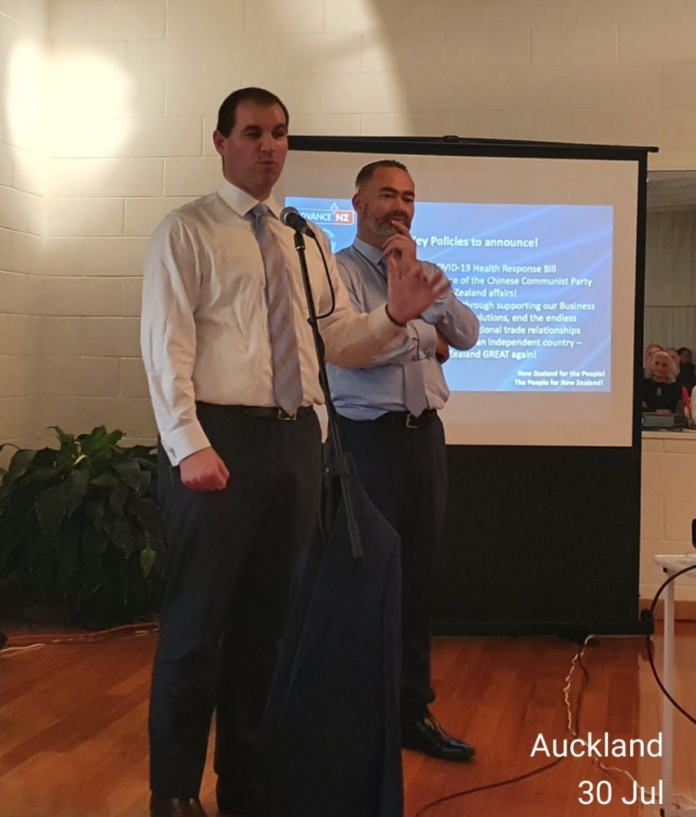 Sith Jedi and Svengali of self interest, Jami-Lee Ross continues to play Conspiracy Theorist Billy TK as he builds his Fringe Army.

Te Ao with MOANA were first to identify the threat of Billy TK, I blogged here about their madness and now the mainstream media have picked up the story.

JLR is the puppet master here and has seen the potential of hoovering up all the wasted vote into one grand union of lunatics and he’s building it rapidly as he has realised Botany is a no go.

Manipulating Conspiracy Theorist Billy TK as an electorate entry via Te Tai Tokerau would get JLR back into Parliament if they manage 1.25% party vote.

On Thursday night, JLR and Conspiracy Theorist Billy TK expanded their Army Beyond the Wall  by now including the NZ Peoples Party and the Reset party.

If JLR ignites this with the kernel of truth bombshell he has with laundered donations to National via the Chinese Communist Party, it could be the perfect political trigger for him to scam a populist backlash with this mish mash of lunacy.

This is a political swindle preying on the ignorance and fear of those who only source their news from Facebook.