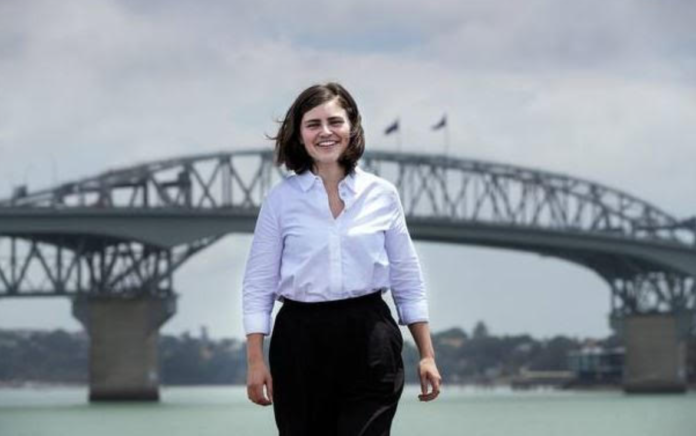 JUST WHEN YOU’RE THINKING Labour’s activists have become smart, caring and (almost) wise; they prove themselves to be anything but. A pseudonymous contributor to The Standard, Te Reo Putake, has seized the opportunity created by Nikki Kaye’s resignation to demand that the Greens pull Chloe Swarbrick from the Auckland Central race.

“The choice for the Greens is tricky” opines TRP. “They really do need to max out their party vote, but they also do need to get their heads around MMP and recognise that they are a list party only.”

We will deal with the absurd contradiction at the heart of this statement presently. Meantime, let’s allow him/her/them/it to finish their thought: “The Greens should do the right thing by voters in Auckland Central and give the nod to the Labour candidate.”

Whew! Where to begin! First-off, let’s dispose of TRP’s nonsensical assertion that the Greens “are a list party only”.

A “list party only” might make sense in a country where a pure, list-based, system of proportional representation has been in place for a long time. But, New Zealand is not one of those countries. For most of its history, New Zealand operated a single-member, constituency-based, first-past-the post (FPP) electoral system. Even after a quarter-of-a-century of mixed member proportional representation (MMP) this country’s political culture still ranks Electorate MPs well above List MPs. Any political party that declined to field electorate candidates would simply not be recognised as a serious political player.

If TRP doesn’t know this, then he/she/they/it have no business posting political commentaries on an allegedly serious political website like The Standard. I strongly suspect, however, that TRP knows very well that a list-only party in New Zealand is an electoral nonsense. But, if that is the case, then TRP’s Standard post can only be seen as yet one more unsettling example of Labour’s political arrogance.

Let’s offer this political naïf a small tutorial on the strategic possibilities of the Auckland Central contest.

Obviously, it will take place amidst the much more important nationwide contest between the parties of the Left and Right. This battle is likely to be a much more closely fought, now that Judith Collins is leading the Right, than would have been the case had either Simon Bridges or Todd Muller been the National Party leader facing-off against Jacinda Ardern. A wise Labour Party (one less concerned with getting its trade union lawyer mates into Parliament) would, therefore, already be considering the ramifications of such a close fight. A crucial part of that process, would be weighing the advantages and disadvantages of taking out the “insurance policy” of ceding Auckland Central to the Greens.

It needs careful thought because a close contest would confront progressive voters with a dilemma. They would be torn between giving their vote to Labour – clearly in need of every vote it could get – and party-voting Green, just to keep it in the parliamentary arena. But, with the Greens hovering perilously close to the 5 percent MMP threshold, there’s the real possibility that a vote for the Greens could end up being wasted. That possibility is doubly damaging: not only because it encourages progressives to vote Labour rather than Green, but also because it is likely to cause “deep greens” (the sort of folk who used to vote for Nandor Tanczos) to question the point of voting at all.

Either way, the Green vote would be suppressed, making the prophecy of its failure to clear the 5 percent MMP threshold self-fulfilling.

It just amazes me that Labour Party activists like TRP can’t see this. Because, if they’re unable to recognise the threat posed to the overall progressive vote by not helping the Greens, then they will also be unable to see the clear strategic advantage of ceding Auckland Central to Chloe.

Let’s just walk through the argument.

Jacinda tips the wink to her Auckland Central supporters, suggesting obliquely that they might like to give Chloe a helping-hand. Instantly swept away is the fear that the Greens might fall just below the MMP threshold. (Imagine if they ended up with 4.9 percent of the Party Vote!) Now a Green presence in Parliament is assured and Labour has a reliable coalition partner. What’s more, the deep greens now have a very good reason for party-voting Green – not just in Auckland Central, but all over the country. Far from being suppressed, the Green Party vote is maximised – along with the influence of progressive New Zealanders generally.

In the face of a now reinvigorated Left, it is the turn of the supporters of the Right to become demoralised. What if National and Act, together, are still a few percentage points short of a winning total? Would it not then be time to consider reviving Winston Peters’ fortunes? With the looming prospect of Labour and the Greens careening-off into the next triennium in a souped-up Prius without a handbrake, National’s numbers might take a tumble.

And what would that mean TRP? That’s right, it would dramatically increase the likelihood of Helen White – No. 50 on Labour’s List – joining Chloe in the House of Representatives!

Were the Greens to heed your advice, and pull Chloe out of the race, Labour may, or may not, retake Auckland Central. There would, however, be an increased chance that no Greens would be joining Helen White on the Opposition benches. By acting strategically, however, Labour dramatically increases its chances of a second term; supplies itself with a reliable and progressive coalition partner; wins enough support to bring Helen White in on the List; and makes sure the Greens most popular MP is in the House of Representatives with her.

If you ever wondered why it is better to give than to receive, TRP, now you know. It’s because when you give, the value of the benefits you receive in return is almost always greater than the worth of the original gift.

I sincerely hope Claire Czabo and her comrades down at Labour Party HQ in Wellington have a word with the people at The Standard. Just a little pep talk about loose lips not only sinking ships, but also deep-sixing the trust and confidence of potentially vital coalition partners.