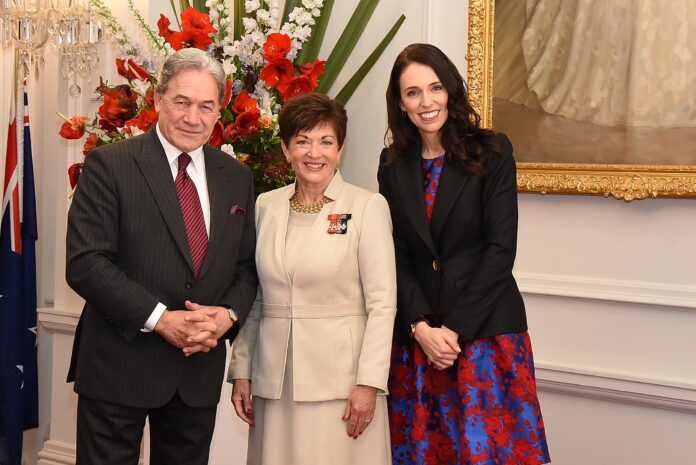 With the New Zealand General Election campaign looming, parties in the Labour-led coalition government are openly parading their differences (rather than common-ground) before the voting public.

It’s a situation that can be interpreted as being typical of MMP politics. But it also causes voters to rethink its record-level support for its most favoured party Labour, and, Prime Minister Jacinda Ardern.

This week’s June 25 Colmar Brunton poll reveals what we suspected: New Zealand First has collapsed, down a further 1.1% to 1.8%, while Labour holds impressively above 50% support. National has rebounded from a bruising 29% in the May Colmar Brunton to 38% support. The Green Party is up 1.3% to 6%. ACT is up 0.9 to 3.1%, and, of the parties outside of Parliament, the Maori Party is on 0.9%.

It is clear, that battle for the political centre-ground shows New Zealand First has been squeezed out by National – this under the new leadership of social-conservative and traditional stakeholders’ choice, Todd Muller.

It also explains why New Zealand First leader Winston Peters this week began tactically to signal that his political mongrel is back. Peters’ has unleashed a determination to create distance between his party and those of his coalition partners Labour and the Greens.

Peters exits the week openly antagonistic toward articles of the coalition Government’s legislative agenda – a move that’s caused Labour to file plans for its 2017 election promise (to build light rail in Auckland) and to further negotiate with New Zealand First points of its ‘fair commercial rent reductions and compulsory arbitration plan’. The latter is an important cog in the Government’s post-Covid stability plan. The former is simply a kick in the guts from New Zealand First – a party that Labour has often resisted irritating through this three year term.

But considering Muller’s and National’s rising fortunes (and it must be said, the collapse of New Zealand First) is it time for Labour to abandon Peters to the proverbial wolves? Is there political currency in calling a spade a spade – to admit to voters that New Zealand First is destabilising the coalition Government and that disloyalty must be dealt with before a largely supportive public gets fed up and votes accordingly on Polling Day?

IT’S ALL ABOUT THE STRATEGY

Normally, early in an election year, we would expect smaller parties in the Labour-Greens-New Zealand First coalition to begin speaking loudly to their base. But the Covid-19 lockdown poured water over that.

Now there’s desperation among the Greens and New Zealand First MPs. They will be well aware that political history involving MMP shows small parties in government often lose their political voice and, on election day, are bypassed by the voting public.

New Zealand First, in particular, is demanding to be heard. I spoke about this on Radio New Zealand today.

When you stand back and observe the coalition, its dynamic, its purpose, its stability (up until now…) it is clear, Peters’ actions are strategic while destabilising.

Winston Peters insists his party is principled with commonsense as the central premise. But the reality is, Peters is sending a signal to centre-voters (and conservatives who believe Labour is going to win the 2020 General Election) that he and New Zealand First will be their insurance policy. That he, post-election, will stop any non-centrist/conservative policies from getting off the ground.

His tactics soak up attention-time when explaining his party’s behaviour. His stance demands to be heard, to be relevant through the election campaign – despite the 2% poll showing. The goal is for Peters to re-emerge this September as a King or Queen maker in post-election negotiations.

But at this juncture, should Labour tolerate this destabilisation? Should it permit Peters to play his strategy out? Or, should Labour create outcasts of Peters and his MPs?

That strategy, as does Peters’, comes with risk. Labour could be seen to fail its post-Covid recovery plan and elongate the insecurities that election campaigns create.

New Zealand First risks being regarded as a destructive element in an otherwise popular Government – where some see Labour as having been kept back by New Zealand First and desiring of a government post-election where Jacinda Ardern can be a true natural-born leader without being shackled by coalition sensitivities.

The Greens, if they play their hand well, may counter New Zealand First by demonstrating its loyalty to Ardern’s style of leadership and campaign as a necessary and true friend of Labour’s.

When the cards fall, New Zealand First risks standing alone as a political irrelevance – but it’s a risk that Peters is prepared to take. Some will say, at 1.8% he has nothing to lose.

THE CAUSE AND EFFECT

The Green Party and New Zealand First came out of lockdown to realise Labour had become a political juggernaut.

Their respective voices were drowned out by the Labour machine. As we emerged from Alert Level 4:

BUT… as National slowly got its act together, after a series of well-documented stumbles, National’s new leadership team put its running shoes on and, suddenly, competition for New Zealand’s centre-votes intensified.

From June 17, National created in some measure the perfect storm (please see last week’s EveningReport editorial: Snakes and Mirrors which lays bare how National placed politics ahead of the public’s health).

Since then, it has continued to create a sense of chaos, insisting its old foe, the Labour-led Government had bungled its Covid-19 controls at the border and at isolation and quarantine facilities. In effect, National successfully politicised the handling of the pandemic – a certain danger that overseas experience shows is at odds with the public interest when fighting against Covid-19.

But among the political noise, National did expose a relaxed culture among those officials, the gatekeepers, charged with ensuring our Covid-19 testing regime was robust. Politics aside, it was clear, the country and the Government had been let down. But National was able to juxtaposition Labour as the cause of the fiasco.

Despite the Prime Minister Jacinda Ardern immediately transferring management of isolation and quarantine facilities to the military – a move that was swift, decisive, and characteristically Ardern – the perfect political storm created uncertainty and fear among the population.

Remember, politics is a commodity and day after day for over a week, the public has heard calls from National that the Minister of Health David Clark should resign. Many media, scenting controversy and political blood, polished up their competitive-bias to seize the moment too. After all, political relevancy isn’t the only show in town.

That is the backdrop to New Zealand First’s advance.

HAS LABOUR HAD ENOUGH?

Labour, for its part, has decided enough’s enough.

This week, Labour revealed New Zealand First was opposing legislation destined to advance before The Parliament AFTER it had supported it through Cabinet. With New Zealand First acting contrary to its interests, Labour’s leadership has decided a passive-aggressive bare knuckle fight is necessary.

If Labour does believe New Zealand First has gone beyond the Rubicon, and it appears it is moving toward that position, then it will be in Labour’s and the nation’s interests to paint Winston Peters and his party as disruptive and disloyal to a handshake made in good faith.

If it does, it will likely be New Zealand First, not Labour, that will be further punished at the polls. And frankly, in the public’s interest, the General Election can’t come soon enough. 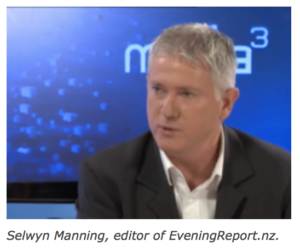 Selwyn Manning is the editor of Evening Report.