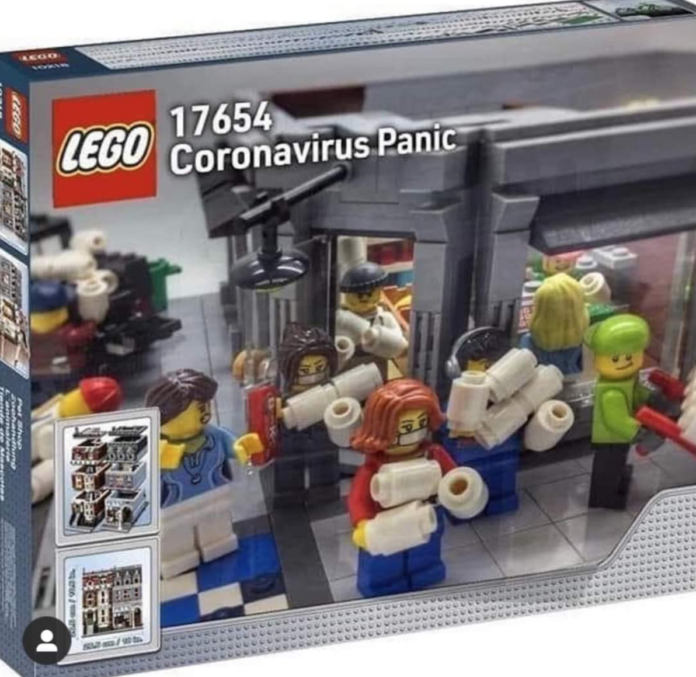 Many of us are rolling our eyes and tut tutting as women fight in the supermarket aisles over rolls of toilet paper.

Sure it’s an ugly sight but before anyone jumps to criticise just remember that this is how we have conditioned people to behave as they absorbed the lessons from their lives under neo-liberal capitalism. Look out for yourself and stuff your neighbours.

Remember how tens of thousands were thrown out of their jobs onto the human scrap heap in the 1980s and then condemned as bludgers and lay-abouts by successive governments. Those in jobs lost their bargaining power and their incomes and standards of living dropped through the floor.

As cheap imports flooded on to the shelves of the warehouse, those who lost quality jobs in manufacturing were herded into low-paid jobs or unemployment queues. Someone was to blame and a chorus of rich people, vile politicians and fan-club journalists blamed the victims. There was no other way we were told and anyone unemployed could only blame themselves. Somehow they lacked the character or “moral fibre” to find work.

Beneficiary bashing became a blood sport for National and Labour politicians. The message to the community was to look out for yourself because the government couldn’t give a stuff.

Meanwhile the real bludgers, the likes of Bob Jones and Stephen Tindall, were knighted and celebrated. They still pay a smaller proportion of their income in tax than a beneficiary does.

Wrestling over toilet rolls is the result of community breakdown.

We have a lot of rebuilding of community ahead of us.

Alongside a universal basic income for everyone, giving communities the power to banish liquor outlets, fast food joints, loan sharks and pokie machines from their midst would be a good start.

Pious talk of “being kind to each other” and “just shop normally” will work for the ruling elite and the middle class but we shouldn’t expect anyone else to take the slightest bit of notice.