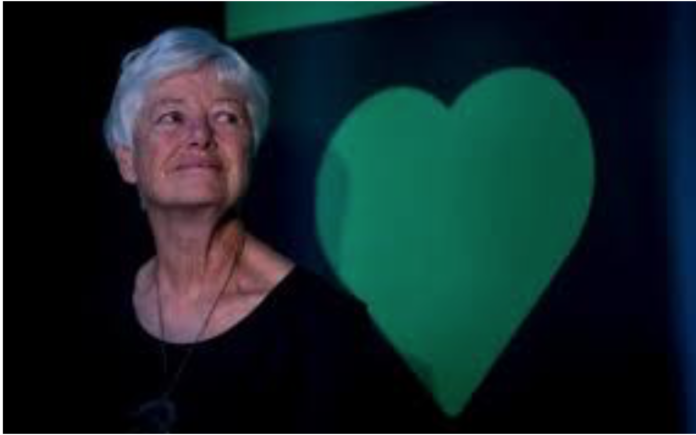 Parliament spends its time making rules, laws, regulations and pronouncements. That is what it is for.  It is called ‘running the country’. When I was there, it felt like the centre of the universe. But the question needs to be asked, at least in election year, how effective parliament is in bringing about change, especially in terms of large social, economic and environmental questions.

The impetus for asking this question is the untimely and sudden death of Jeanette Fitzsimons on Thursday 5 March. Jeanette was, in many ways, anything but a politician, which is a strange thing to say for someone who was involved in national politics for more than 30 years.

I entered parliament at the same time as Jeanette, and we were both Alliance MPs for our first three years. The first Alliance caucus was an interesting group of people.  Some were firmly embedded in the political world (Rod Donald, Laila Harre and of course Jim Anderton) and were familiar with and effective in it. Some hated the nasty, bullying, place that parliament is and railed against the oppositional culture of ‘government’ and ‘opposition’ (and, to an extent, ‘media’).  The three academics in the caucus – Jeanette, Phillida Bunkle and I were the best examples of this.

It is not that we could not all make a great speech on our topics of expertise, or chair a meeting etc. But having the ability to drive through any change in that context was really hard.  In its second term, the Alliance was in Government with Labour, and even then, enduring wins were few. Jim got Kiwibank as his political prize for loyalty and Laila won paid parental leave out of sheer grit against cabinet opposition (at first, until the community endorsed her).

The view while one is in parliament that all change stems from there is far from correct. Nearly all causes with any value start outside parliament and are far ahead of parliamentary debates.  There is much more ability to change lives in the community than in parliament, particularly in the hands-off neoliberal age.

For example, let’s think about five issues of contemporary importance: child poverty; extremist racism in the community; the extinction of rare species; the accumulation of the nation’s wealth by the wealthy; and eliminating and redressing sexual abuse (including the ‘#MeToo’ movement).

All of these can, in principle, be addressed through parliament. The first requires a complex mix of transfer payments and other forms of state spending (health and education).  The second needs to be addressed via equitable non-punitive schooling systems, as well as teaching civics, culture(s) and non-violent resolution to all. The third by stopping feeding 1080 to Kea (no, no, just joking, I mean by system change to protect the environments of these species).  The fourth by effective policies of taxation, fostering of alternative methods of wealth creation and government partnership. Finally, a more wholehearted approach at all levels to protect victims of sexual abuse.

But, while most of the community want these kinds of change, they are prevented by fear from voting for them. So, we end up with highly centrist parties or those to the left that are too nervous of change.  The idea that international capital would pull completely out of New Zealand if we did not follow neo-liberal pathways was a dominant mantra of parliaments from 1984 until I don’t know when. Perhaps still.

In short, the main barrier to parliamentary effectiveness is its own systems and structures, which veer heavily towards a ‘do nothing’ inertia.  And the tendency to keep giving the most votes to rightist parties, of course. Arghhh.

This is also an explanation of how Jacinta and her colleagues – especially obvious change agents such as Andrew Little, Megan Woods and Tracey Martin (albeit of NZ First) – can sound so good, produce such good work but end up making little change, despite goodwill.  Jacinta is best as an international thought-leader and all-round lovely person. To date, the level of change that she knows is needed has not been matched by reality. Making a dent in issues such as child poverty is just not enough.

If I could just dwell on Andrew Little for a minute.  His ambition for change in the justice system is boundless, and heaven knows he has support from enormous numbers of organised groups and articulate individuals (I think this well outweighs the opposition).  He has begun to make changes in the prison system. But it is like putting salt in a huge vat of caramel. It ends up salty at the top but completely unchanged at the bottom. Because there is significant resistance within the institutions he is trying to change, and also because the system itself is very impervious.  More stirring is needed!

All this is to say that I agree with Jeanette Fitzsimons’ view that community action can be vastly more effective than parliamentary process, and that parliament itself is such a disappointing arena.  I love her quote:  “I have sat here for 13 years weeping at the tragedy of so many people wasting the precious gift of life chasing the mirage of a bigger GDP.”

RIP Jeanette Fitzsimons: a lovely, gentle, and yet determined person who never gave up her vision for, and work towards, environmental change.