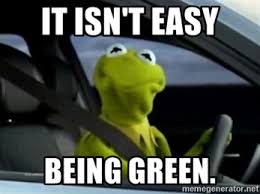 In 2017 the Green Party decided to contravene the iron-clad electoral rule for third parties putting up a candidate aiming to win the electorate vote as well as the party vote, which is Don’t do it unless you have a really, really good chance of winning it. As in – you came a very close second last time. Otherwise, you are wasting your time, money and effort for no gain, you are forgoing other and better opportunities, and you may very well spoil the chances of friendly parties and increase the power of hostile parties.

This is exactly what happened in Nelson in 2017, when the Greens decided to run a two tick campaign even though there was no chance in Hades of it ever being successful. In 2014 the Green candidate came a distant third – 16,551 votes behind the winner, National’s Nick Smith, and 8,946 votes behind the second placegetter, Labour’s Maryan Street. In 2017 the rankings were exactly the same, with the Labour candidate getting much the same number of votes as in 2014. Nick Smith’s personal vote dropped but he retained a comfortable lead of several thousand votes over the Labour candidate.

It seems that the Green electorate candidate pulled votes from the National incumbent in 2017, rather than from Labour, but since it was never possible for the Green candidate to win, all those votes were wasted.  Whereas if all the 6,297 votes which the 2017 Green candidate received above the 2014 Green candidate’s total had gone to the Labour candidate, she would have beaten Nick Smith by over 2000 votes. The raw data for you to do your own number-crunching is below, and I leave it to you to decide whether, if the Greens hadn’t decided to break the rule above, their party and the Labour Party would now be better off.

Fast-forward to January 2020, with Green Party co-Leader Marama Davidson announcing that she will be seeking to win the electorate of Tamaki Makaurau, where she placed third in two previous elections. See the rule above; look at the raw numbers below. Do the math. Note that Davidson was further behind winner Peeni Henare in 2017 than she was in 2014. It doesn’t compute, does it?

Now, if you have an inclination to do some more sums, think about whether – if you were an intelligent third political party which wanted to get the most bang for its limited bucks – you would stand a high profile candidate and put lots of resources into an electorate which had a higher or lower number of Green Party votes, and a higher or lower total turn out. Regrettably, turnout in the Maori electorates is low – about half that of high turnout general electorates like Nelson. In 2017 the Green party vote in Nelson was 2251 votes less than it was 2014 – but that still left it with 3130 votes – which was 1640 more than the Green Party vote in Tamaki Makaurau.

Remember, it is the total number of party votes – not where they are cast – which determines how many list MPs a party gets. I didn’t make the rules, so don’t blame me if wishful thinking does not  translate into preferred results when the numbers start coming in on September 19 this year.