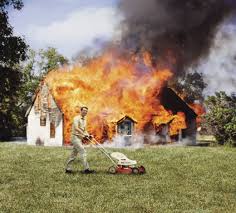 For progressives who give a damn about the reality of the climate crisis, the 2020 election is proving difficult.

Neither the Greens nor Labour are being serious about the climate emergency, their solution is to maybe do something in 30 years, BUT they deserve a second term.

Labour didn’t believe they had won the 2017 election and so had no plan to radically reform the public service and had no plan to implement the transformational change Jacinda sold us. They have struggled to purge the toxic cultures inside WINZ (or any other public service) and don’t haven’t managed to turn things around.

They have real excuses as to why they’ve done nothing meaningful in their first term, we should judge them on their second term.

As for the Greens, they are too busy alienating voters with their woke middle class identity politics to even be relevant on the climate crisis front, but their numbers are needed for a second term, and hopefully the cannabis referendum can keep them above 5%, so we will need to keep them for a second term, despite them being a dead limb that should be amputated.

Labour and the Greens deserve a second term but we should judge them entirely on their 100 day plan of that second term because if those who acknowledge the need for radical solutions to counter the climate catastrophe see nothing meaningful in that first 100 day plan of a second term, we need to abandon both parties and start plotting a radical new political vehicle for the 2023 election because 2023 is the first time ever that a real political revolution via the ballot box is possible in New Zealand.

In 2023, for the first time in NZ history, Gen X + Gen Y + Millennials will be a larger voting block than the boomers whose political interests are to hold onto the status quo.

2023 is our date for a real climate crisis revolution comrades if Labour & the Greens fail us with their 100 days of a second term, so let us rally this election to provide them with the opportunity of that second term but damn them to hell in 2023 if they miscarry our hope again.