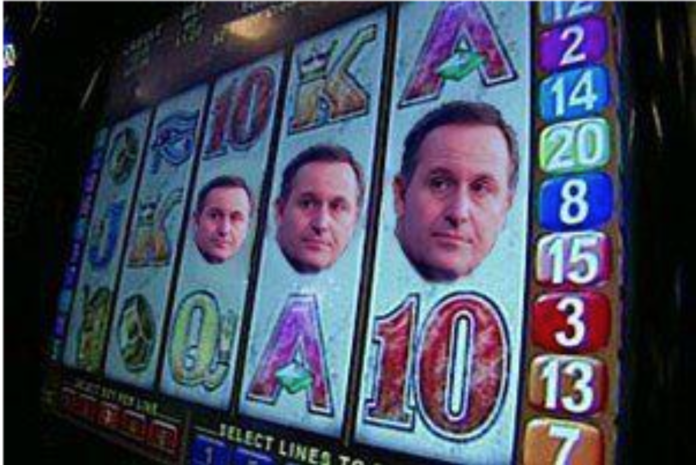 As the news broke that a major fire had erupted in downtown Auckland, people turned to the media sources that would be in the know.

Foolishly I turned to the NZ Herald, who kept promoting a live stream link of the fire, which after two – YES TWO ADVERTS (gotta get the dollars in during a crisis) kept playing a bloody interview with Steve Hansen instead of the bloody live stream of the fire! 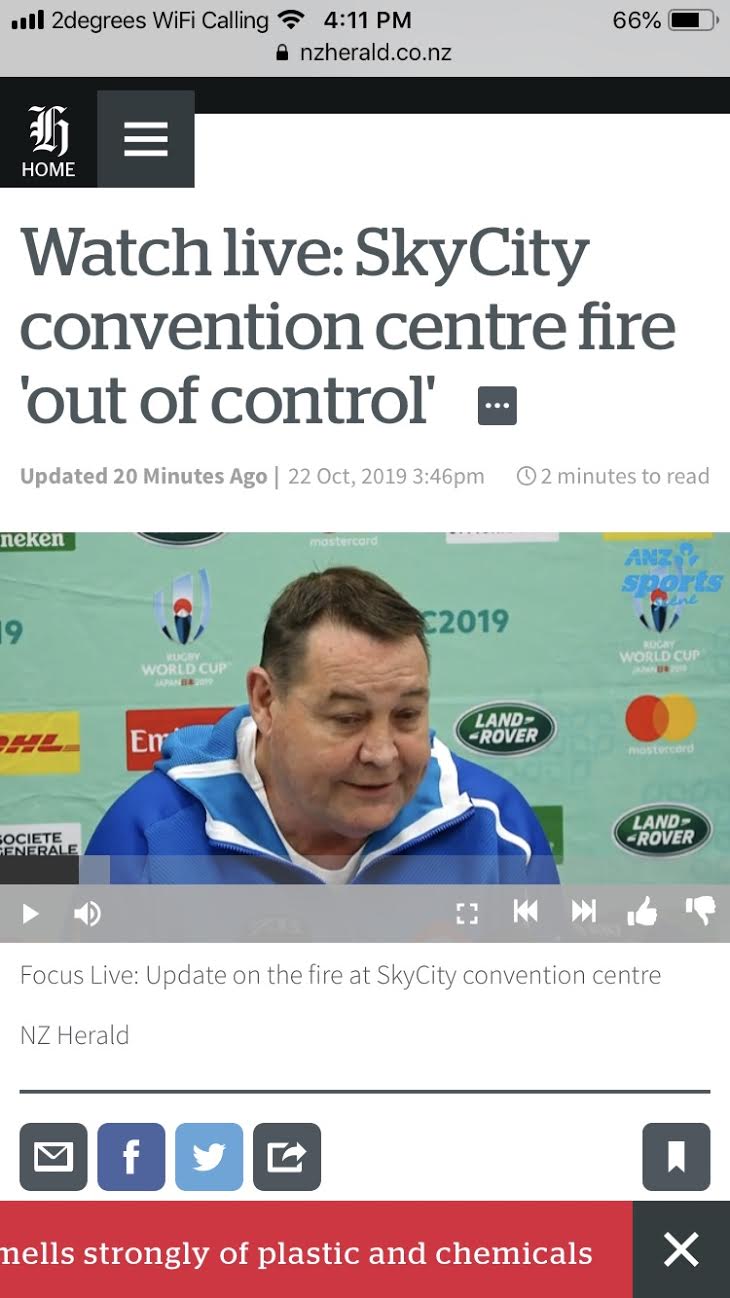 You would think that the biggest breaking story of the year might require some effort on behalf of the Herald, but apparently not. I mean we all want to bask in the bloke philosophy of Rugby Svengali Steve Hansen on the eve of the bloody ring world cup, but you know, breaking fire in downtown Auckland that is blanketing most of the city downwind in a toxic poisonous smog, I’d like some info on that alongside my Rugby mantras for the day.

Is that possible NZ Herald?

Bewildering Herald incompetence aside, and all the Nu Zilind basic bitch sensibilities that we never criticise anything because it’s so untoward (remember how that played out at Pike River Mine?) does it concern anyone else that the entire fucking CBD can be shut down and poisoned because of a bloody unattended blowtorch?

Doesn’t it say something about the total lack of resilience in our groaning infrastructure that this can happen and knock out the whole CBD?

Personally the fire seems to be a perfectly delicious metaphor of National in power for 9 years.

The fire is the National Party and Labour are the firefighters trying to put out the fire National have caused for a decade.

The conference centre is a metaphor for the rushed  infrastructure funded by corporate crony con job capitalism cooked up by John Key and Steven Joyce which throws ethical concerns out for Casino morality while selling off TVNZ state property without any due diligence and inadvertently poisoning everyone who comes anywhere near it.

Thanks John! What a fitting legacy. 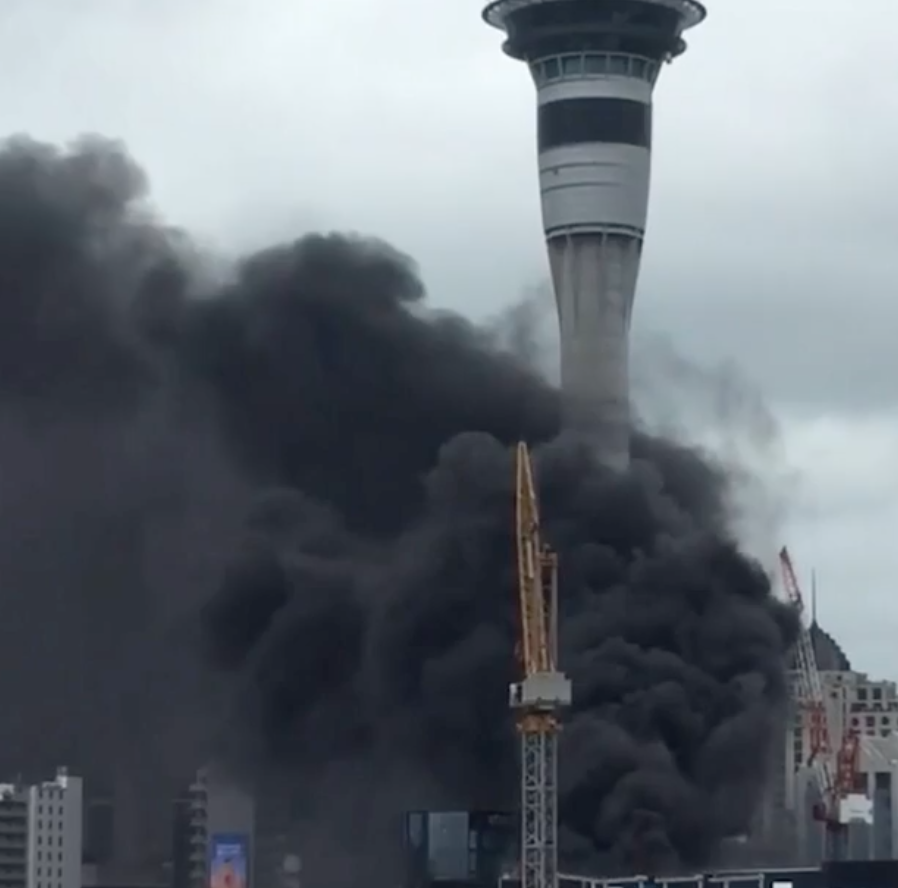