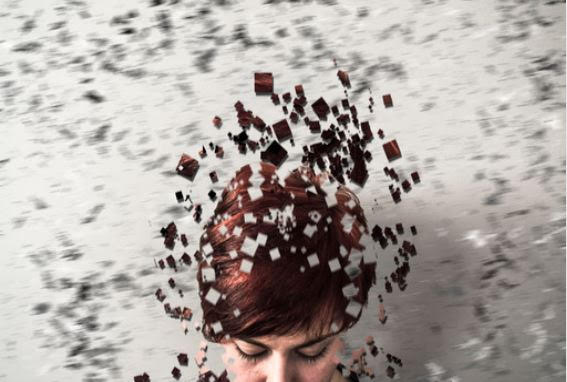 WHAT’S HAPPENED to our universities? That is the question which New Zealanders educated in the universities of the 1970s and early 1980s are asking themselves. Their search for answers has been prompted by the failure of at least two of New Zealand’s academic institutions to defend the principle of free speech on their campuses. Such a dramatic departure from the academic values of the second half of the twentieth century, while disturbing, is surely inseparable from the many other changes that have transformed our universities over the course of the past 35 years. What’s happening on today’s campuses has been brewing for a long time.

What sort of world was it that required our universities to be centres of intellectual pluralism: places where different ideologies contended with one another openly and without undue rancour? First and foremost it was a world in which the struggle between market-driven and market-suppressing ideologies was ongoing. In the 1970s and well into the 1980s the outcome of the Cold War was still in doubt. Vast swathes of the planet and hundred-of-millions of workers remained off-limits to capitalism. No matter how truncated and unfree, there was still an alternative to the free market – and, as any good capitalist will tell you, competition enhances performance.

Universities, like all the other important institutions of capitalist society, had to demonstrate the superiority of capitalist values over communist ideology. If Soviet universities were hidebound bastions of unchallengeable dogma where intellectual unorthodoxy wasn’t simply unwise but punishable by dismissal, imprisonment, or worse, then the West’s universities had to be showcases of intellectual ferment and free debate.

Censorship and the suppression of free speech might be attempted by misguided university authorities (as they were in the early 1960s on the campus of the University of California at Berkeley) but all such attempts were stoutly resisted by staff and students. The Berkeley “Free Speech Movement” marked the beginning of the campus upheavals that made students a by-word for radical dissent throughout the 1960s and 70s.

With the collapse of “actually existing socialism” in 1991, the universities of the West found themselves saddled with a new mission. With their ideological competitors now soundly defeated they were no longer required to demonstrate the superiority of capitalist values. Their job now was to cement in place the crushing victory of free-market capitalism. Intellectual pluralism was out and unchallengeable dogma was in. As far as the academic community was concerned, it was a case of: “We are all commissars now!”

For students, the new regime was even more rigorous. The intellectual leaders of free-market capitalism had noted the effects of heavily state-subsidised or even “free” tertiary education on students. From the perspective of the free-market capitalist, giving young people the space and time to think about the world they were about to enter had proved a near fatal mistake. High fees and crippling student loans were their answer to the radical dissent of the 60s, 70s and 80s. Serendipitously, the policy of “User-Pays” turned out to be a genuine “twofer”. Not only did it transform students from scholars into paying customers; but also, by requiring university staff to give these “customers” what they were paying for, it undermined academic freedom. Students won’t pay for exams that are “too hard”, or enrol in courses that are of “no use”.

That only left the pesky problem of “Truth”. Traditionally, this was the whole point of attending university: learning how to approach, ever more closely, the true nature of things. For the free-market capitalist, however, the only truth worth pursuing was the truth of free-market capitalism. But, how to establish that truth without encouraging the growth of a counter-truth? That was the problem.

The survival strategy free-market capitalism came up with was nothing less than brilliant – and astonishingly successful. To protect the brutal realities of capitalism it was necessary to conceal them behind one, two, many realities. Turn the whole idea of a single truth into a monstrous and authoritarian notion – like the communist ideology of the now defunct Soviet Union. What this meant in practical terms was that while in the STEM disciplines 2+2 had to remain 4; in the humanities 2+2 could equal whatever the hell you liked!

Henceforth, and in perfect conformity with the individualistic ethos of free-market capitalism, each human-being would be given the right to determine their own truths. Naturally, these would be derived from their own insight and experience. The sum total of these insights and experiences constituted an individual’s “identity”. Protecting one’s personal truths and protecting one’s identity were thus made one and the same. Anyone attempting to impose an unwanted and/or false identity upon the individual: one that did not accord with the truths they had derived from their own insight and experience; was to be resisted as an “oppressor”.

Since free-market capitalism can only be overthrown when people are willing to subsume their own individual identities in a collective identity arising out of such all-embracing categories as “human-being”, “citizen”, or “worker”, the irretrievably divisive politics of identity have emerged as free-market capitalism’s surest defence. The only injustice capable of uniting these diverse identities is the wicked lie that there are causes around which it is possible for diverse identities to unite.

This is what the liberal arts faculties of our universities have become: institutions dedicated to the investigation, celebration and protection of personal, sexual, ethnic and gender identity. While the STEM faculties crank out the technologists needed to keep the free-market capitalist machine running, its commissars in the humanities make sure that the monstrous, planet-destroying reality of its existence remains hidden behind a bodyguard of truths. Each of them ready to use the thug’s veto against anyone foolhardy enough to raise their voice in opposition.