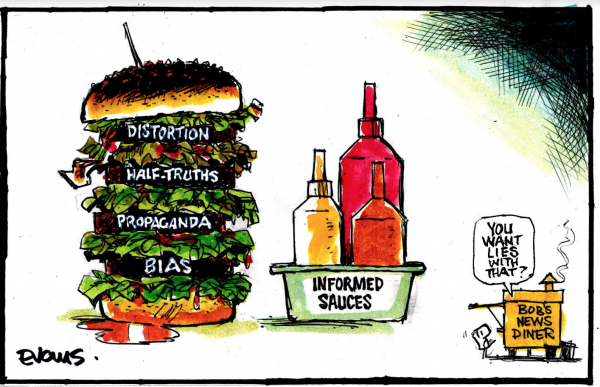 There is a renewed call for Immigration Minister Iain Lees-Galloway to resign over his handling of the Karel Sroubek debacle following a review of processes.

A report has found that in complex cases like Sroubek, decision-making powers should be given to immigration experts rather than ministers because they have more time and expertise.

It also says ministers should only step in as a last resort.

There’s a reason ‘Fake News’ has so much power. Corporate media are more focused on hysterical shock gotchas than actual journalism and funnily it’s mostly aimed at the Left.

When handed actual abuse of power scandals like John Key and the Dirty Politics saga, or John Key signing off an SAS war crime, or John Key’s Office colluding with the SIS to falsely smear Phil Goff, or John Key overseeing a state house meth hysteria that was a lie, or John Key lying about mass surveillance – when handed those scandals, the mainstream media are compliant,  purring and unquestioning, but when it’s Labour, the demand for a public execution never ends.

I don’t care about Sroubek importing something as innocuous as MDMA and I don’t care that Lees-Galloway spent an hour on a  report that didn’t mention any of the things his critics screamed he should have known about Sroubek going back to his country despite claiming it was dangerous – I don’t give two shits about any of that because it’s garbage.

The Minister is asked to make value judgments, he made one. Next issue.

But in this case, Sroubek’s ex is now with a National Party functionary and the narrative of Labour protecting druggie criminals was too delicious for those with an axe to grind against the Government, so on and on it goes.

It’s funny that this was the same media who barely a month ago was accusing the Prime Minister of covering up a serious sexual assault, if you honestly believed that, how dare you not be screaming for Jacinda’s resignation every day since.

The shallow coverage of politics by our mainstream media manages to get more embarrassing by the week.