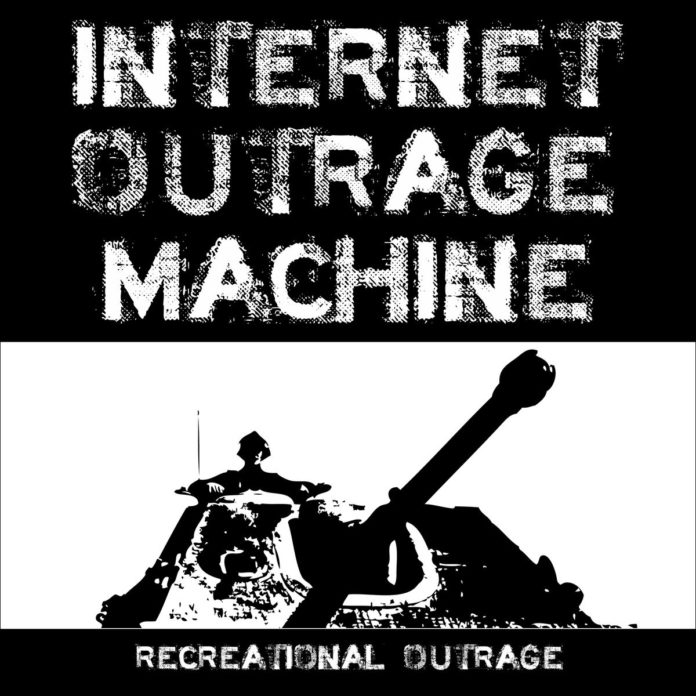 Cancel culture is when the Woke Identity Politics lynch mob decide someone has breached woke mantra and must be ‘cancelled’.

In NZ, the Wellington Twitteratti lead this movement, and create secret Facebook pages with McCarthyist blacklists for various woke thought crimes. Hilariously some work at the very agencies that are supposed to protect people from online bullying so that when someone has been subjected to a woke online lynching and contact these agencies to complain, they sometimes find they are actually giving their complaint to one of the people who tormented them.

That’s why this is so ironically funny.

Overseas the cancel culture is far more powerful in the post MeToo cultural landscape and added with Millennial safe space micro aggression policing culture, the most recent examples are a voyage into pure insanity.

There’s the case last month of a gamer who was accused of sexually abusive behaviour by Zoe Quinn who committed suicide.

And the glorious example of a young man who generated $2million in donations for beer, only to be outed for some Tosh.O jokes he posted 10 years ago and be ‘cancelled’ for his efforts to support sick children.

Surely a great time to be alive.

In NZ, these woke cultural tensions have bubbled over at Massey University who inadvertently stepped into the horror minefield of Trans rights by hosting, ‘Feminism 2020’.

The feral nature of this debate between Gender Binary activists and Gender Critical Feminists is a well established fact now. Personally, I’m old fashioned. I believe that the journey to finding your true identity is one of the most sacred of the human experience and that within the spectrum of humanity the idea that there are some women trapped inside a mans body and men trapped inside womens bodies and some who feel like both genders and some who feel like none is as uncontroversial as the range of hair, eye and skin colours.

I think refusing to acknowledge a persons preferred pronoun and identity is grossly offensive and if a trans person wishes to share personal space with me, all power to them.

The trans community have suffered persecution for millennia and research shows how much mental health damages that community. We must reform things so that their lives have the same agency as anyone within society.

B-U-T and here’s where I deviate from Woke mantra and find myself on Wellington Twitteratti Secret Facebook blacklist pages, as a white heteronormative cis-male I don’t believe I can tell women who they can and can not accept into their women only spaces. Surely that’s a decision women must make and me forcing them to accept TransWomen into their spaces is the very antithesis of feminism.

These issues deserve the space to be debated, and Massy University will be doing that with Feminism 2020 despite the woke lynch mob now gathering to smite the feminist heretics.

I believe the debate requires far more love and respect within the rainbow community, but also appreciate how damaged it has all now become, When TDB posted a press release from Gender Critical Feminists last year, I received 4 threats to my daughter from Trans activists!!! I’ve been in this politics game for about 25 years, have fought the most extreme right wing elements in NZ, and I’ve never once had my daughter threatened by any of them.

The manner in which the Woke scream they are right and everyone else heretics was exposed most poignantly  when the woke Pride Parade banned NZ Police in uniform from marching because the uniform might trigger trans activists because of past bad experiences with the Police.

The Pride Parade went from 30 000 people last year to a mere 2000 this year. The Woke Board called that a victory.

The woke use exclusion as the new inclusion. It is Identity Politics pure temple politics over broad church politics and makes getting to the 51% democratic majority a near impossibility in the age of social media subjective rage.

Woke cancellation culture mixed with micro aggression policing Millennials who believe they should have trigger free safe spaces mixed with 4th wave feminist accusation is evidence culture garnished with the language of catastrophe all add for a bitter cocktail of cosmopolitan pretension that revels in choking off speech it doesn’t like.

And I think that’s ultimately quite fascist.

Take the blistering debate about Israel between John Minto & Dr David Cumin that was live streamed on TDB last night. That was a celebration of free speech. It was angry, it was passionate and at times bitter, but we all had the benefit of actually hearing the arguments put forward.

While the NZ woke want to smother voices that trigger them, it’s important to see real debate can still occur. For that we should be grateful.

Your enemy isn’t your fellow countrymen and women, it’s the 1% who have economically structured us into subservience and division.