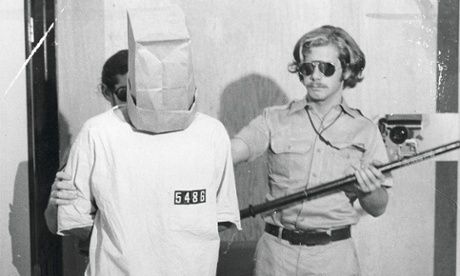 We walked into the entrance hall and approached the reception desk.  I stated my name to the young woman behind the desk (we were expected) and was given a ‘visitor’ tag.  Behind me across the wide hallway (beautifully tiled) was a small coffee bar and shop. Everyone smiled.

I walked up to the gate and stated my name and business through a speaker.  The door buzzed open and I was inside a metal cage. The door behind me banged shut and I walked the length of the cage.  The door at the other end opened slowly and I walked up to the building. The first doors slid open, but I had to wait to be inspected at the second set. As those doors opened, I saw in front of me an enclosed room with three uniformed officers in it. Beside is was a metal detector. There were frowns as I stated my business.

Each of these paragraphs describe my experiences in entering women’s prisons this year. The second paragraph describes a New Zealand prison.  The first describes Askham Grange Women’s Open prison in Yorkshire, England. I did not mention that the reception staff, the café staff and nearly everyone else we met initially were not staff of the prison, but (in their terminology) residents.

The prison holds 128 women, so it is slightly bigger than Christchurch Women’s. What an open prison means is that there are no gates or barriers.  Residents have to stay within the bounds of the estate unless they have leave, usually to find jobs or re-connect with families as they come close to release. But they are not held in by wire, but by their own determination to obey the rules. You would be wrong in thinking that these women are not serious offenders.  There are sixteen convicted murderers among the residents.

There are no locks on the doors of the bedrooms.  Curfew is 11pm until 6am, and the women must be in their rooms by then. The women all work within the grounds.  There is a vege garden and outside areas to be tended. There is also a ten-woman Mother and Babies unit which is in the grounds. Barnado’s runs the nursery and helps with child welfare.  The unit has an outstanding nursery which receives glowing reviews from education inspectors. The babies are well-stimulated from birth and are generally ahead of their age in development. The women are expected to work once the babies reach three months of age, so full-time childcare is necessary.

The prison costs 1/3 as much to run as other UK prisons.  It is the cheapest prison to operate in the UK by far, as the expensive paraphernalia of security is virtually absent. Just to give one example, the large and airy residents dining room is also the visiting centre, whereas NZ prisons have dedicated visitor rooms which are unused part of the week. All the resources at Askham Grange go on programmes for the women. The aim is to prepare the women in all ways, through education, job training, family reunification and assistance with mental health and addiction problems, for a good life outside.  The recidivism rate is 2%, compared to an average of 63%.

The prison is also a conference centre, holding about 100 people.  Our lunch was cooked by the residents and there were pies, quiches and lasagne, salad, and four kinds of vegetables. The residents talked freely with us and answered questions.  They seemed happy and relaxed.

The village at the end of the lane contains some of the most expensive real estate in Yorkshire.  It is beautiful. The prison has been operating for close to 50 years and there has never been an incident. There is one massive incentive for people to obey the few rules: breaching them means returning to a closed prison. It has happened, but not often.

All of our prisons in New Zealand are high security in the sense of razor wire, single entry, lots of staff, strong security focus, stab-proof vests and so on. There is an inescapable dehumanisation about our prisons, whether intended or not. They are really expensive to run but not so good at development or rehabilitation, or family contact and job-finding.

A first step in prison reform in NZ needs to be moving away from the current model in all our prisons, towards options for variable security levels underpinned by excellent incentives for people in prison to better themselves.  An open prison for both women and men would provide an effective, empowering and low-cost model. These could be run on kaupapa Maori principles and values.

There are things that can be done easily and cheaply that are effective.  At the conference I have just attended, the UK’s shamefully high imprisonment rate (in European terms) was often discussed.  Yet ours in NZ is a third higher than that, despite our peaceful and low crime country. A call for action on this is long overdue.

Open prisons are not the whole answer, but they are one piece of the puzzle that can easily be fitted into place.