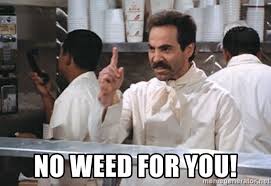 How the hell can this happen?

Helius, the company who paid for the poll have a vested interest in keeping cannabis pharmaceutical so will privately celebrate recreational cannabis slumping as it strengthens their medicinal cannabis business model, but their vested interest aside, how the hell could the argument be getting lost?

Some might suggest fringe Christian fanatics Family Fist have pumped out propaganda and that has changed things, but I don’t for one second think it’s God squad or their moronic whining, I think it’s something far more damaged.

In America, the tribalism is so pathological that people love Trump because he makes the people they despise incandescent with rage. In NZ, the Greens have gone from friendly folk with alternatives to a middle class woke lynch mob whose activists manage to make most people feel alienated.

Last year Pride parade had 30 000 turn up to celebrate the rainbow community, this year after the woke Board took over and banned Police from marching because Trans people might be triggered by seeing a Police Officer in uniform, it barely managed 2500.

The woke proclaimed this as a win.

The Greens practise the same pure temple mindset of inclusion via exclusion and because the Cannabis reform is so closely aligned to the Greens, the bac lash we are seeing with slumping cannabis polls is driven by people reacting to them, not the debate.

It can’t all be the Greens fault, the lack of an actual referendum question and the fact it’s not binding on the next Government doesn’t help, but ultimately what the Cannabis reform movement desperately needs right now are an all star celebrity team calling for change and a regulated market.

This movement needs to be liked again and the lowly polling Greens aren’t likeable.