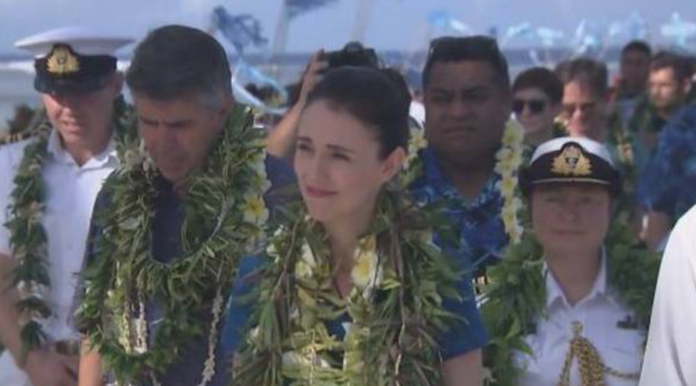 National Party leader Simon Bridges has gone on the attack, calling Jacinda Ardern a “part-time Prime Minister” for getting involved in the Ihumātao land dispute just before leaving for Tokelau.

This attack by Simon Bridges on Jacinda visiting one of our Realm States is weird.  It’s like the National Party never recognise our obligations to our dependent territories or associate states.

Simon is trying to paint Jacinda’s trip to Tokelau as a holiday, something she should have taken during the recess.

The reality of course is that the Realm of NZ goes far beyond North Island, South Island and Stewart Island. The ‘Realm of NZ’ includes the Ross Dependency, the dependent territory of Tokelau; and two associated states, the Cook Islands and Niue.

My guess is that vast swathes of the Right in NZ have no comprehension whatsoever of the Realm of NZ and aren’t even familiar with the term. Hard right talkback host, Heather du Plessis-Allan exposed this ignorance with her comments and so did Mike Hosking.

My guess is that white right wing NZers have no idea of our Pacific responsibilities let alone the incredibly negative history NZ has with phosphate mining in Nauru or the manner in which we almost killed everyone on Samoa by incompetently allowing an Influenza ship to dock while we were running the country post World War 1.

This shouldn’t surprise anyone seeing as most white right wing NZers have no comprehension of how badly we treated Māori.

Let’s be clear, Jacinda isn’t on a bloody holiday, she is on a formal visit to a nation we have actual sovereignty obligations for. For Simon to paint this out as a holiday is a clever racist dog whistle playing to white NZs ignorance of our responsibilities.

Clearly Simon is feeling safe in his position after the TVNZ poll to get back to doing what National Party leaders do best, being race baiting dogs.