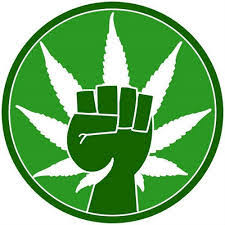 The ongoing controversy over edibles shows a smart approach is needed for the cannabis referendum and for medicinal cannabis.

We need a well-funded public education campaign ahead of the cannabis referendum, and a model based on social equity, social retail enterprises and social clubs.

It’s important the public can base their vote on clear factual information, not hysteria about evil gummy bears spread by the likes of Family First.

The government needs to start spending some of the $13.4 million set aside for the referendum in the Budget on a public education campaign.

It doesn’t need to take sides, but it does need to promote factual discourse with the likes of the Prime Minister’s Chief Science Officer.

In a recent blog post, I said that a model based on social equity, social enterprises and social clubs could be what it takes to win the cannabis referendum.

We need a rational nationwide discussion over what what policy would best resolve the most concerns, be the most broadly supported, and would have the best chance of passing.

Banning gummy bears seems like a no-brainer. Let’s move on.

Public consultation on the Government’s medicinal cannabis scheme is expected to begin today.

The Misuse of Drugs (Medicinal Cannabis) Amendment Act was passed into law last December. It:

•    creates a statutory defence for palliative care patients to obtain, possess and use illicit cannabis and cannabis utensils;
•    allows any GP to prescribe CBD Products;
•    allows new standards to be set for domestic cultivation and manufacture of medicinal cannabis products;
•    directs regulations be “recommended” within 12 months (ie, by this December), and a review of the scheme in two years.

The consultation document proposes several options and asks for feedback. Newshub is claiming an exclusive, with some details of the scheme.

How to assess what they’re proposing?

Existing products are too expensive, difficult to prescribe, and changes are taking too long for patients who are suffering.

So, we need to support ways to make products more affordable, easier to prescribe and dispense, and make it happen as soon as possible. We should assess what is proposed against these outcomes.

Here are some ways to lower costs and increase affordability for patients:

The existing process requires highly trained doctors to ask politicians for approval; prevents communications with doctors about products that haven’t gone through clinical trials and the full approval process; and puts several barriers in the way of manufacturing and distributing medicinal cannabis products in New Zealand.

There must be changes to the prescription process.

Should any GP be allowed to prescribe any cannabis product, or should a specialist be required for some product forms, dosages or conditions?

Similarly, could a nurse or other trained medical professional dispense certain product forms or dosages or for certain conditions?

There should also be an exemption for all medicinal cannabis products authorised under the scheme so they can be discussed with prescribers.

Doctors are desperate for product information and clinical guidance, and current rules greatly inhibit this.

One in twenty New Zealanders currently uses cannabis for medicinal reasons. Only a few hundred have managed to obtain legal prescriptions. Many others are running out of time or are left in constant pain and suffering.

We successfully lobbied for the medicinal cannabis scheme to be implemented within 12 months of the law passing.

This will apparently be a world record for implementing such a scheme, but for many New Zealanders every day without relief is another day in pain and suffering.

Chris Fowlie is the CEO of Zeacann Limited, a medicinal cannabis producer; serves on the executive of the New Zealand Medical Cannabis Council; is president of the National Organisation for the Reform of Marijuana Laws NZ Inc; co-founder of The Hempstore Aotearoa; resident expert for Marijuana Media on 95bFM; blogger for The Daily Blog, and court-recognised independent expert witness for cannabis. The opinions expressed here are his own.