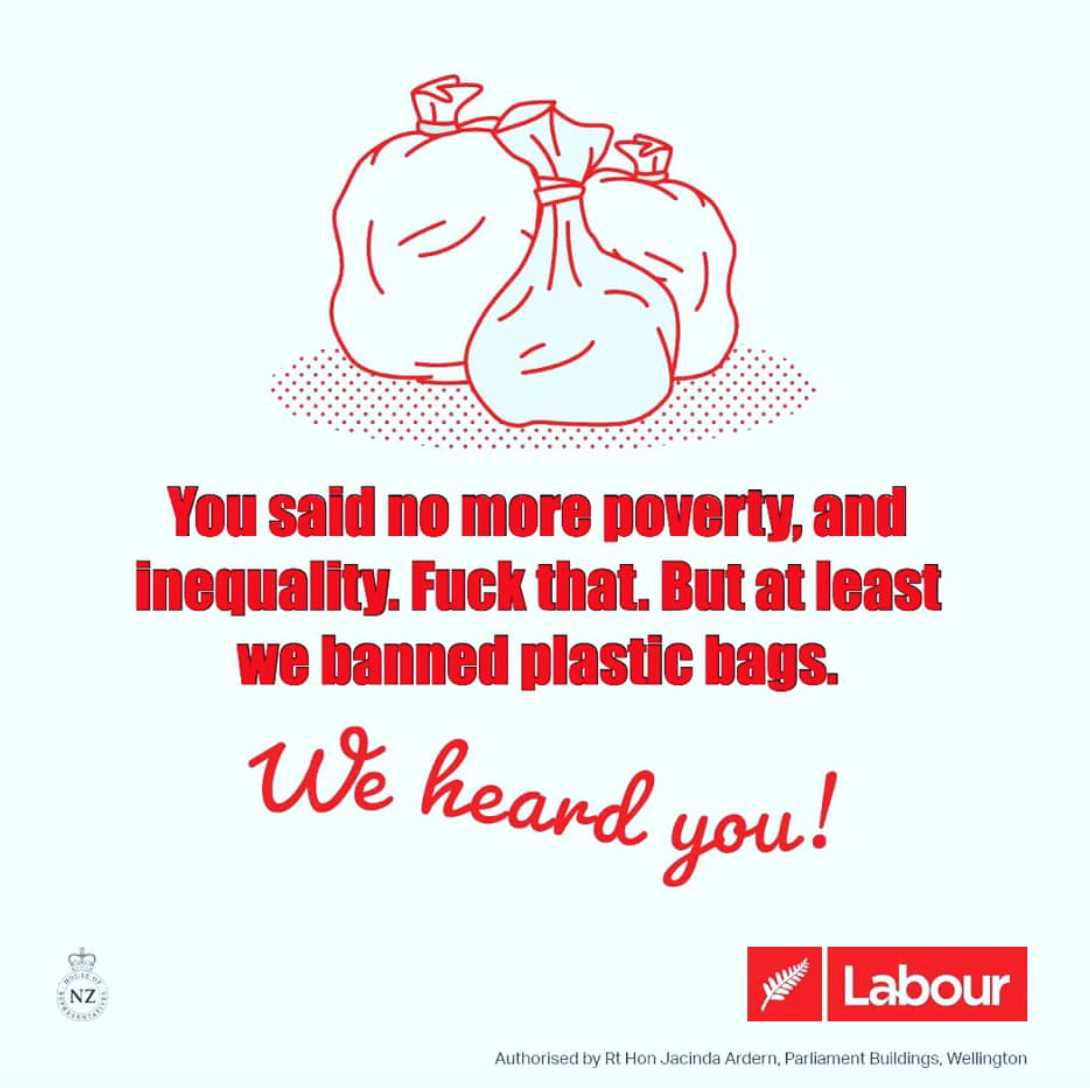 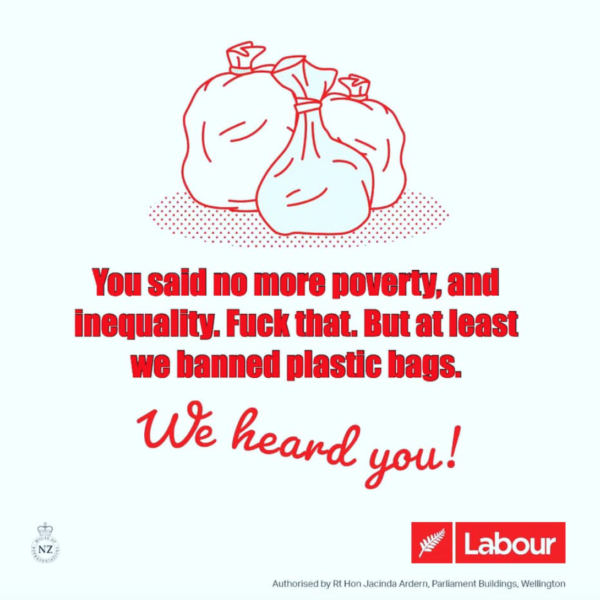 The cheerleading this vacant gesture by banning singles use plastic bags has generated by many of my dear comrades on the Left feels like the same misplaced jubilation at the signing of the Paris Climate Change Agreement.

Did you know that the terrorist organisation, Al-Qaeda, bloody well banned plastic bags before NZ did? Finally getting past the Supermarket duopoly’s dominance of this debate has only occurred because they know the status quo is untenable and that by making a tiny gesture they can escape true and meaningful regulation.

The ban is purely cosmetic, it’s focused on the lowest hanging fruit without doing a damned thing to the far wider issue of plastics pollution, but banning single use plastic bags is actually more damaging than that because it creates a complacency that we’ve done something and solved the problem.

The low, low, low, low threshold of ‘transformative’ that so many on the Left are prepared to accept is why change is glacial.‬

‪The time for ‘it’s a step in the right direction’ was in 1980. Leaps are required now. ‬