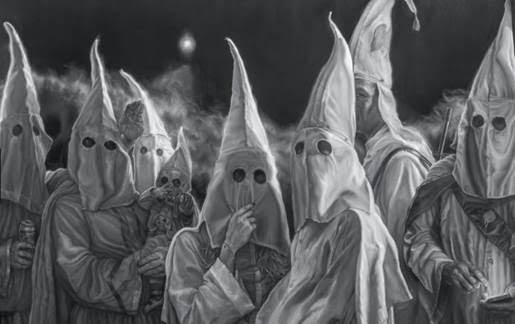 THE TERM “WHITE SUPREMACIST” is rapidly replacing the more straightforward “racist” in mainstream journalism. The term is also being used to describe the belief system of Philip Arps, the self-confessed Nazi who was sentenced earlier this week to 21 months imprisonment. On social media, especially Twitter, the term is being used, anachronistically, to characterise the ideas of explorers and colonialists living in the eighteenth and nineteenth centuries. While it is not unusual to encounter such terminological misuse in the writings of radical post-modernists, it is worrying to see the mainstream media subsume so many different historical and ideological phenomena into this single, catch-all, expression.

The current misuse of the term “white supremacy” is also highly dangerous politically. By singling out this particular form of racism and misapplying it to famous figures from the past, as well as to people living in the present, the users of the term risk not only its rapid devaluation, but also the angry retaliation of those who feel both themselves and their beliefs to have been wrongly and unfairly condemned.

Because the number of New Zealanders subscribing to the beliefs journalists now describe as “white supremacist” is by no means a small one. Indeed, it is likely that a majority of older Pakeha New Zealanders still adhere, either wholly or in part, to the notion that the achievements of western civilisation – of white people – far outstrip those of any other. They may be careful about who they share these ideas with, but they hold them nonetheless.

It is certainly the case that this assumption of western superiority informed the response of practically all the western nations to the terrorist attacks of 9/11. When President George W. Bush explained the terrorists’ murderous attacks by saying: “they hate our freedoms, they hate our way of life”; very few white Americans, or whites living in any other western nation, failed to grasp his racially-charged sub-text: they are less than us.

The mainstream media, itself, is equally guilty of assigning considerably greater value to the lives of westerners than to human-beings living in other parts of the world. A cruise liner carrying wealthy Europeans runs into a Venice wharf, injuring half-a-dozen, and it’s headline news around the planet. An overcrowded ferry-boat collides with another vessel and sinks, drowning 200 Indians, and all it rates is a one-line mention three-quarters of the way down the news bulletin. What other message can we draw from that, other than – whites are more important?

So, racism is a hard habit for westerners to break. The use of the term “white supremacy”, however, should properly be restricted to the specific political actors and the particular historical context from which it emerged. It refers, primarily, to the political regimes which arose in the southern states of the USA in the years following the American Civil War – most particularly in the decades immediately following the withdrawal of federal troops from the states of the defeated Confederacy in 1877.

These regimes were built on the bedrock requirement that whites must in all conceivable circumstances: economic, social, cultural, legal and political; be placed ahead of and above blacks. The poorest and most ill-educated white farmer had to be able to count himself better off, both subjectively and objectively, than his black neighbours. White supremacy wasn’t just a matter of personal racial animus, it described a comprehensive and internally coherent system of race-based rule. A “white supremacist”, accordingly, is a person who not only subscribes to the principles underpinning the infamous “Jim Crow” system, but also – like the contemporary Ku Klux Klan – strives for its return. Obviously, the term may also be legitimately applied to the very similar systems of race-based rule erected in South Africa and Rhodesia between 1948 and 1992.

It is important to acknowledge that a political entity driven by the principles of genuine white supremacy will be very different from one in which the official goal is racial assimilation, as was formerly the case in New Zealand. It will also be quite distinct from a regime, such as Nazi Germany’s, whose official goal was the physical elimination of all races deemed to be a threat to the herrenvolk – the master race. This is because, in both the American South, and in Southern Africa, blacks were absolutely essential to the successful operation of the white-controlled economy. Without plentiful and criminally cheap black labour, the white supremacist regimes on both continents would not have been economically viable.

This is why it is so dangerous to conflate all economic, social and political systems in which racial prejudice and inequality thrive as “white supremacist” regimes. Simple racial chauvinism is very different from the conscious creation of a race-based economic and political system. If, however, the media persists in lumping together every Pakeha who takes pride in the achievements of western civilisation with avowed Nazis, like Philip Arps, or genocidal eco-fascists, like the Christchurch shooter, then not only will the charge lose all its definitional and moral force, but, sooner or later, those so lumped will come to the conclusion that they might as well be hung for sheep as lambs.

Those on the Left who are promoting the use of this term, presumably as a way of shaming Pakeha New Zealanders into acknowledging and renouncing their “white privilege”, may soon come to regret driving their boots so forcefully into such a large pack of sleeping dogs. Giving these mutts the bad name of “white supremacists” will in no way blunt, or shorten, their political teeth.

What happened at Orewa in January 2004, can happen again.