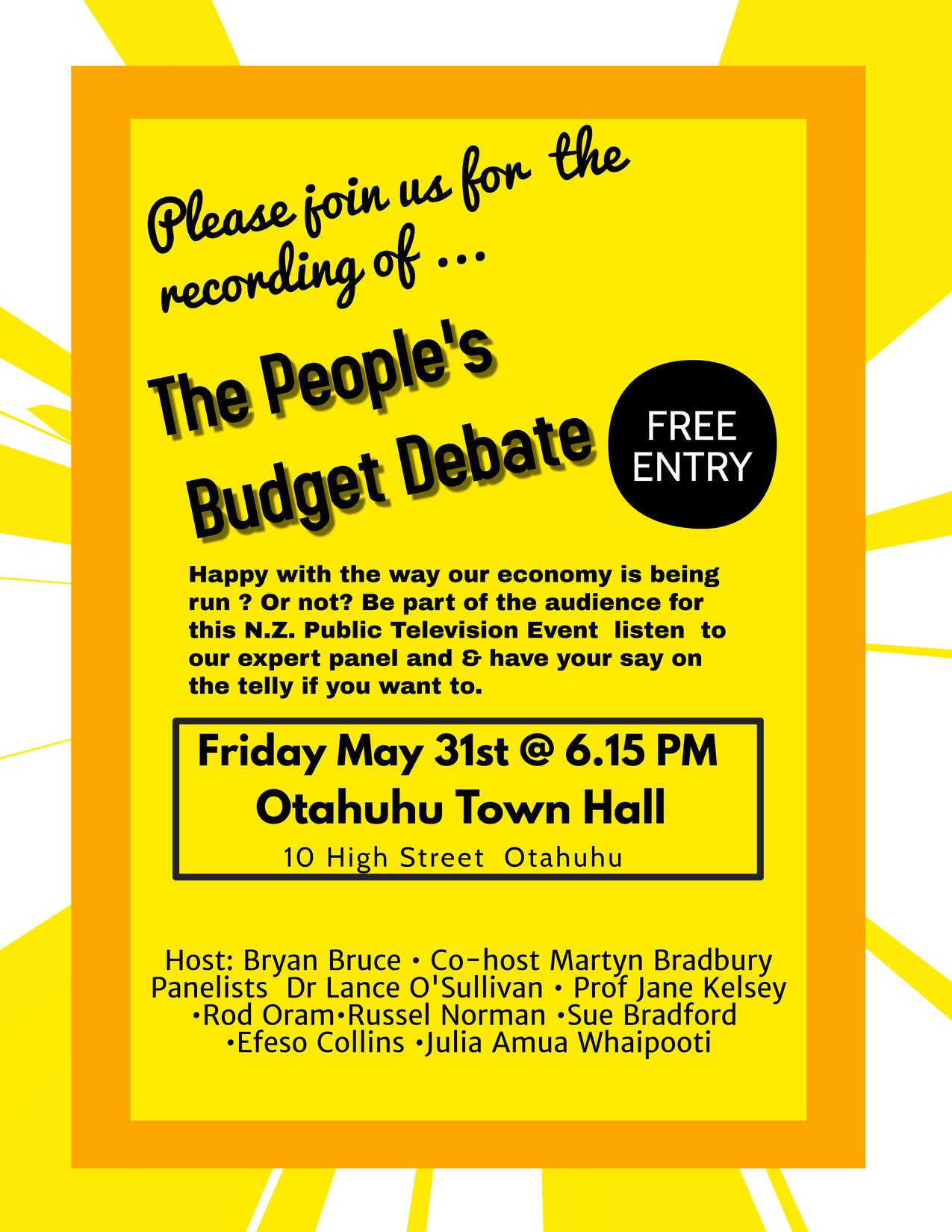 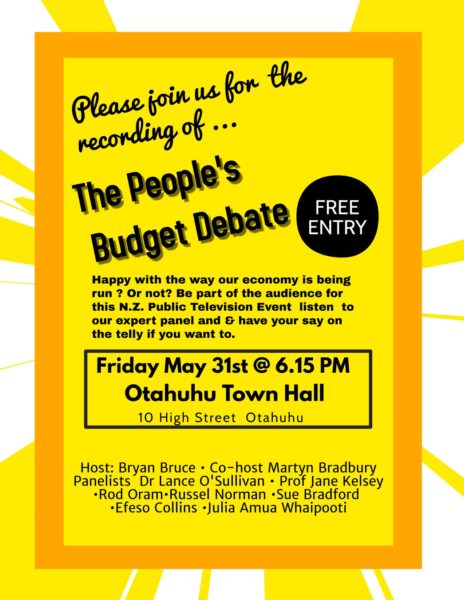 Please bring your friends and your opinions because we would love to record them.

I would really appreciate it if you would share this post with your friends and family especially if they live in Auckland and please click on the Event link to tell us you are coming.

My intention is to try and run these television Town Hall events in cities and towns throughout our country because New Zealand Public Television and I believe that big issues – such as water rights and end of life legislation, need to be discussed in an open and televised forum.

We also think that people affected by government policy ought to be able to be able to tell the policy makers the upside and downside of what it is doing to their lives.

So the more support we get for this event and when it screens on NZPTV and The Daily Blog on the evening of Sunday June 2nd the better chance we will have getting the backing we need to run more Town Hall events like this one.

So if you like this idea please hit the like button on this post so we can show
NZ On Air and other potential sponsors that you want these Town Hall debates to happen.