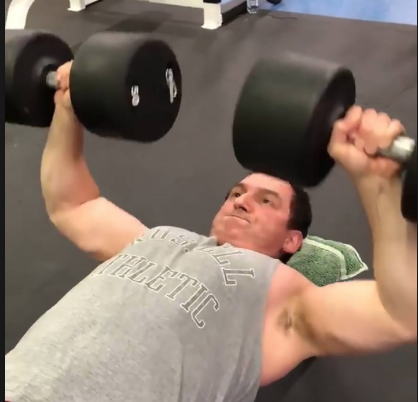 When he’s not spear fishing, playing footy and reading poetry, the Nashy is pumping iron for MPI.

In a bewilderingly hilarious statement, big Stu Nash (‘the Nashy’ to his mates) looked straight down the camera and defended not having an independent review into the weeping wound of corruption and environmental vandalism that is our Fishing Industry by claiming that our public servants are the best…

“There are some incredibly competent and very skilled people in Fisheries New Zealand, they are not captured by the industry and I find that comment actually quite outrageous.”

Mr Nash questioned why an independent inquiry would be needed when there were knowledgeable, competent people within the ministry.

“Why set up another working group when actually we can do it through a series of public meetings, through a consultation document,” he said.

“We have the skills to go out there and deliver meaningful results. We don’t need an independent authority to do everything.”

…The Nashy tells us Fisheries NZ are the best bro, yet these are the same people who….

So the Nashy is firing up after pumping the iron and giving Russel Norman a public beat down for daring to suggest an agency with mind bending incompetence and a long record of deceiving and lying to the public about corruption in the fishing industry isn’t to be judged on that history and should  instead be accepted as a neutral fair minded Government body who won’t do what they always do, which is screw over recreational fishing while protecting Corporate Fishing.

That’s the best you’ve got?

After telling us all that the reason we are pushing for pathetic environmental protections is because we must have buy in from industry, it turns out privately that industry will never give any buy in…

A letter has emerged from heavy hitters in the fishing industry to the fisheries minister Stuart Nash outlining overwhelming opposition to putting cameras on board boats. Forest and Bird says it shows that while some in the sector have been publicly happy to consider the idea, behind the scenes they have been fighting hard to make sure they never see the light of day. Fisheries reporter Conan Young has the story.

…so we should allow those agencies who have let us down in favour of corporate fishing interests to continue in that role while accepting substandard environmental protections that won’t even be agreed to by the industry.
Great progress.