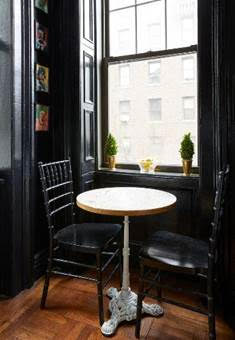 HOW MANY YEARS has it been, I asked myself, since I climbed these stairs? That the little Wellington café was still in business after more than 40 years struck me as a miracle. And where better to meet the man who could still remember the events of 40 years ago – not least because he was there, in the thick of them?

He was waiting for me at the table window, his fingers moving slowly over the smooth face of his device. Two full glasses of red wine glowed dully in the wet afternoon light. The muted transactions of Willis Street provided a sibilant soundtrack.

“There you are”, he said, sweeping the information from his screen and placing the device carefully on the table. “Sit down, dear boy, sit down. I took the liberty of ordering a very nice Pinot Noir.”

“Perfect,” I replied, draping my damp jacket over the back of my chair. “I suppose that phone of yours hasn’t stopped ringing since the announcement?”

He smiled wanly. “Ringing, dear boy, ringing? Nothing rings anymore. Our devices beep, or chirrup, or play a bar or two of something, but they do not ring – much too indiscrete.”

“Discretion being the word-of-the-day”, I replied. “As in ‘discretion’ being the better part of valour – a quality of which this government appears to be in short supply.”

“Ever the idealist, dear boy. You surely didn’t expect this government to tell all those lovely people from British Intelligence and the FBI, who just happened to be in town this week, that, in spite of their oh-so-discretely conveyed objections, Spark’s deal with Huawei would be going ahead.”

“If that was what you thought, dear boy, then, yes, you were wrong. Very wrong. The idea that one of the Five Eyes might sign up to a deal that could put all the other eyes at risk has absolutely no feathers, none at all. It is never going to fly.”

“Ah, yes, the Five Eyes. That vast electronic eavesdropping network dedicated to plucking all manner of classified information out of the air and sending it on, sight unseen, to the United States of America. The Five Eyes. An operation whose sole purpose is to steal other people’s secrets. This is the outfit that’s demanding we jeopardise our economic and diplomatic relationship with the Chinese because the Chinese might use their state-of-the-art 5G technology to do what? Oh, yes, that’s right – to steal other people’s secrets!”

“You’ve been reading to many thrillers.”

“Actually, dear boy, it’s you who hasn’t been reading enough. Cyber-warfare is the greatest threat we face. Why? Because, in just a few years, the interconnectedness of the world and the breath-taking speed at which information travels will confer upon the technology organising its distribution the power to simply shut down the economic, social and political systems of its owner’s rivals. What would you do, dear boy, if you went to the nearest ATM and discovered that your bank accounts had been deleted? That all your money had gone? Poof! Just disappeared? What if the same thing had happened to everybody else’s bank accounts? How does a government ‘fix’ a problem like that?”

“Okay – suppose I buy into this sci-fi scenario. It still boils down to Lenin’s fundamental question: ‘Who? Whom?’ Someone’s got to be in the omnipotent position you describe. So, all you’re actually telling me is that the omnipotent one cannot under any circumstances be China. Which is just another way of saying that it has to be the United States.”

“It’s not what I’m saying, dear boy, it’s what the United States is saying.”

“Regardless of the consequences for the economic and social welfare of New Zealanders? Do the Americans and their lickspittles from London and Canberra not understand that Beijing will exact a price for being treated so shabbily by Wellington?”

“Of course they do. They just don’t care. Why don’t they care? Because they know that anything Beijing decides to do will take time to manifest itself in a way that impacts upon the ordinary person in the street. Anything they decide to do to punish a maverick New Zealand government, by way of contrast, will take effect almost immediately. With the Australians acting as their proxies, the Americans can make our economy scream a lot faster than the Chinese. What’s more, in its upper echelons, New Zealand society is so stuffed with US “assets” that the political destabilisation of a recalcitrant government would be over in a matter of weeks, not months.”

“So we just have to sit back and take it – or the Yanks will rip our guts out?”

My companion looked out the window for a moment, taking in the hurrying Willis Street crowds, umbrellas raised against the wind-driven rain, and sipped his wine.

“Do you know, dear boy, that it wasn’t so very far from here that Bill Sutch was apprehended. All his life he had struggled to find a way for New Zealand to strike out on its own: to cut herself free from the apron strings of Mother England; to step out from Uncle Sam’s shadow. The problem he was never able to solve was, how? How does a tiny country escape the clutches of an imperial superpower? In the end, the best answer he could come up with was: by enlisting the help of another superpower. Do you remember, dear boy, how that story ended? The same delightful outfit that has been entertaining the boys and girls from MI6, and the FBI were on to poor old Bill in a flash. They put him on trial. Crushed his spirit. Within twelve months he was dead – and so was the government he had tried to help. Not a happy ending, dear boy. And not a course of action I’d recommend – especially not a government as callow and inexperienced as this one.

Now it was my turn to stare out into the rain. To take in the purposeful haste of the capital city’s busy ants.

“More wine, dear boy, and a plate of the chef’s truly outstanding club sandwiches. In forty years they, at least, haven’t changed.