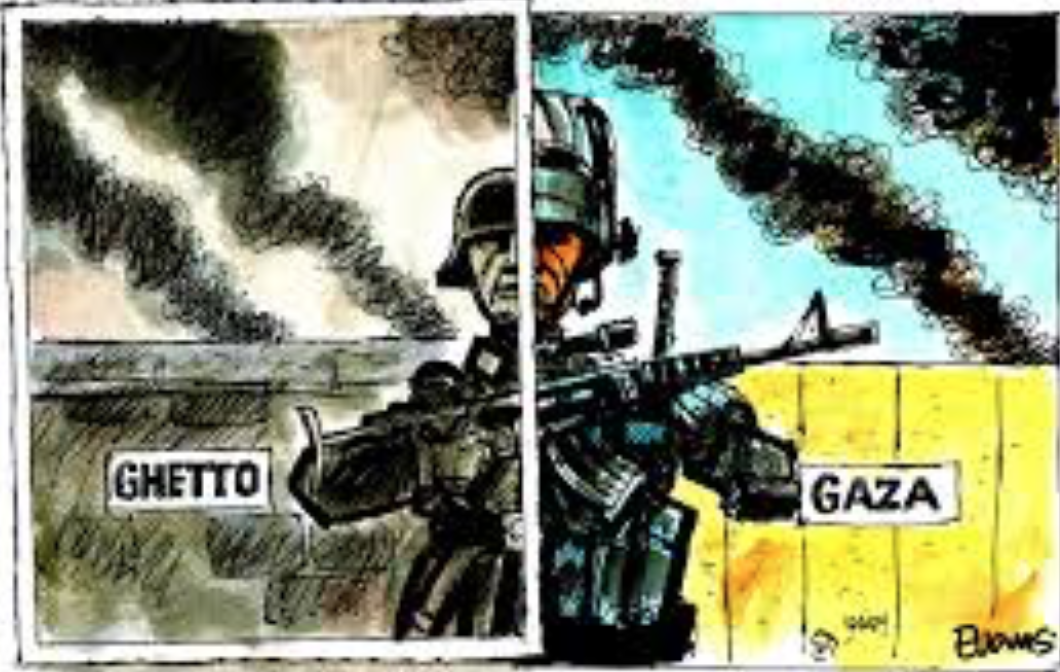 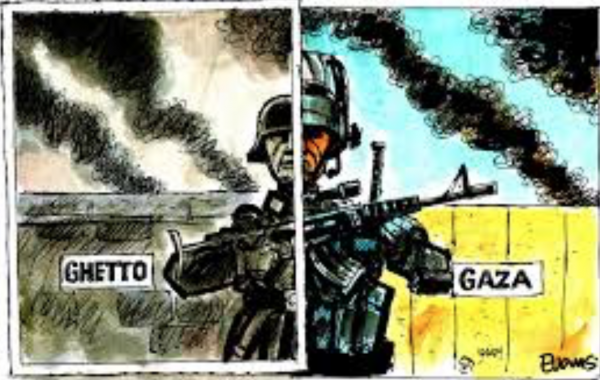 The world is becoming increasingly divided between those nations that value international norms and accountability and wish to strengthen respect for human rights and those who would turn history back and re-establish the age of racist ideologies. On the positive side, the European Union (EU), inspired by the 2016 adoption of UN Security Council Resolution 2334, has taken seriously the duty to refrain from any action that would constitute recognition of Israel’s illegal extension of sovereignty into Palestinian land and calls on states to differentiate in their dealings between Israel and Occupied Palestinian territory. Positive steps include bans on Israeli goods and services which support illegal settlements, thereby reducing their illegal profitability. In stark contrast to this, 25 US states have already passed laws against support for the movement to boycott Israeli Occupation settlement products and services. Legislation is also being advanced in both the Senate and the House to prohibit compliance with UN Security Council Resolution 2334 and calls by the UN Human Rights Council. Israel’s settlement policy, and institutionalised racial segregation and privilege threaten lasting damage to international institutions and the survival of human rights and democracy around the world.

Racist from the outset

No one should be surprised at the recent Israeli Parliament’s passing of the “Basic Law – Israel as The Nation State of the Jewish People”. The law is but one more step in the incremental realisation of the ultimate ambition of Israel’s founding European ideology, Zionism. The Zionist project to colonise Palestine, presented by the British Government in the Balfour Declaration of 1917, proved controversial from the outset. A joint letter to The Times, from the Board of Deputies of British Jews and the Anglo-Jewish Association, on 24 May 1917, expressed concern that the “establishment of a Jewish nationality in Palestine” would have the effect of “stamping the Jews as strangers in their native lands and of undermining their hard-won positions as citizens and nationals of those lands.”

The new Nation State law defines the Israeli state as affording the right to self-determination only to Jewish people, removing Arabic from the status of an official language to one that is merely “special”. Writing in the Israeli newspaper, Haaretz, Mordechai Kremnitzer asks: “How far is it between this constitutional provision and the call of racist rabbis not to sell or rent housing to Arabs? Even before the passing of the new Nation State law, non-Jewish citizens of Israel have been barred from buying, or even renting, land on 93% of the area controlled by the Israeli state.” This racist law constitutionalises discrimination by asserting that the right to sovereignty and democratic self-rule belongs exclusively to Jewish people. It also violates the International Convention on the Suppression and Punishment of the Crime of Apartheid which affirms that “liberation is irresistible and irreversible and that, in the interests of human dignity, progress and justice, an end must be put to colonialism and all practices of segregation and discrimination associated therewith.” As the legislation becomes part of the Basic Law that guides Israel’s legal system, it will be more difficult to repeal than regular laws.

According to Adalah, the independent human rights organisation and legal centre in Israel, the law will apply to areas on the Israeli side of the “Green Line”, where nearly 20% of the population are Palestinian citizens of Israel, as well as the Occupied Palestinian territories and the Syrian Golan Heights.

Ayman Odeh, the leader of the Joint List (the Palestinian parties in the Knesset), has stated that, “. . . we refuse to be second-class citizens; we will not allow the majority to humiliate and destroy us.” He also said, “ . . . they can never erase us from the homeland we share. We know that the way forward, the struggle of our lifetime, is to build a future for all of us with democracy, equality, and justice.” In the Israeli Parliament last month, the Joint List Party submitted for consideration a “State of All its Citizens” law. It was rejected by the Knesset Praesidium and so, last week, the Joint List MKs again attempted to bring democratic principles before the Knesset with a proposal for a “Democratic, Multi-Cultural, and Egalitarian State”. That, too, was rejected before it could even be debated.

The US-based Jewish Voice for Peace (JVP) observed that the new law confirms Israel’s identity as an apartheid state. JVP Deputy Director, Rabbi Alissa Wise, wrote: “Today we put to bed once and for all the illusion that Israel is a democracy. The Nation-State bill that Israel passed today cements Israel as an apartheid state – from the West Bank to Gaza to Jerusalem to Haifa. Palestinians, no matter where they live, are controlled by an Israeli government and military that robs them of basic rights and freedoms.”

Israel’s relentless programme of daily oppression and racist violence is perpetrated by both Israeli forces and illegal Occupation settlers. While eyewitness and video evidence of the massacre of defenceless protesters in Gaza alerted the world somewhat, the daily routine of fear and insecurity that Palestinians endure under Israeli military control outside of Gaza, appears to be largely ignored by the rest of the world. For example, on 18 July in the West Bank, Israeli forces invaded a district in Deir Ballut and bulldozed 350 Palestinian olive trees so that a waste-water treatment plant could be constructed for an Israeli Occupation settlement outpost – that stands on privately-owned Palestinian land. This was no isolated event, simply one more piece of evidence demonstrating Zionism’s malevolence towards the indigenous Palestinian people.

Israel’s creeping annexation and division of the West Bank and Jerusalem has rendered the two-state option unrealisable and hope for the single-state alternative has been grimly overshadowed by this latest legislation in the Knesset. The Palestinians are forced to live with this harrowing reality day after day – they have no choice. Imagine the outrage and hysteria in the mainstream news media if it were Israelis, instead of Palestinians, living with the dread of night home invasions, their children shackled, blindfolded and brutally treated as they are taken from their homes. Imagine what it must be like to have your home destroyed by an alien army. On 23 July, the UN High Commissioner for Human Rights, demanded an end to the imprisonment without trial of an estimated 440 Palestinian children, held captive by Israel.

US complicity and the failure of the international community to bring Israel to account betray the Palestinian people’s right to security and self-determination. All law-abiding UN members ought to have the moral fibre to stand up to Israel and its allies. This enshrining of the principles of apartheid in Israel’s Basic Law must serve as a clarion call to humanity. Now is the time for the world to unite with the UN to enforce anti-apartheid laws. Global support for the Palestinian Resistance’s Boycott Divestment and Sanctions movement (BDS) must redouble, along with strong affirmation of the UN-recognised Right of Palestinian Return. There are hopeful signs – Nada Kiswanson, a lawyer specialising in international criminal and human rights law, representing Palestinian human rights organisations at the International Criminal Court, reports, in what she sees as an “extraordinary move”, that the Pre-Trial Chamber of the International Criminal Court has recently issued a decision ordering its registry “to establish, as soon as practicable, a system of public information and outreach activities for the benefit of the victims and affected communities in the situation in Palestine”.

As sponsors of UN Security Council Resolution 2334, New Zealand must be seen to adhere to its principles. The Israel lobby exerts tremendous political influence inside the United States. President Trump moved the US Embassy to Jerusalem and celebrated with Netanyahu on the very same day that Palestinian protesters in Gaza were being massacred. The New Zealand Government needs to demonstrate this country’s commitment to human rights by supporting justice for Palestinians and, if that means disassociating ourselves for once from our ‘traditional allies’, then so be it.

It is evident that the Zionist state will never halt its inhumanities until it is brought to understand that, should they continue, there will in future be severe consequences. Failure to enforce the provisions of international law at this stage imperils their very survival. If the courageous activists aboard the International Gaza Flotilla can challenge Israel, then so can the New Zealand Government.