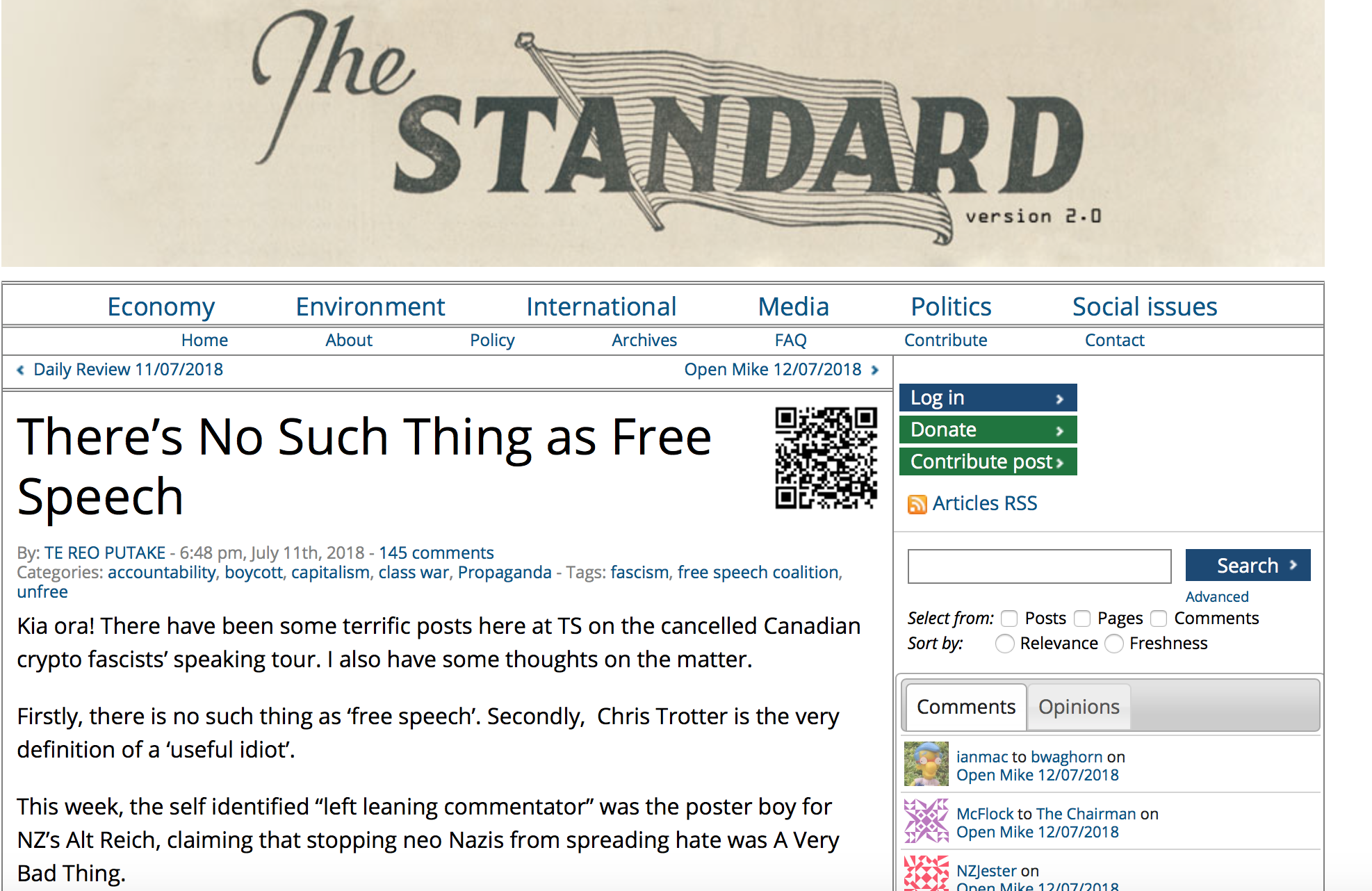 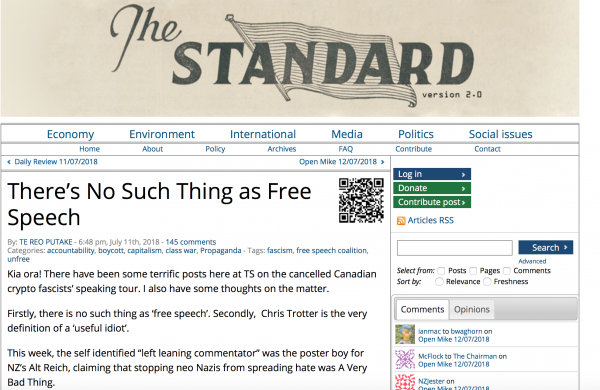 Look I didn’t want to bring it up, but I feel your attack on Chris Trotter over at the Standard is a bit ironic.

Chris Trotter has got a new gig as a fluffer for fascism. Never forget that. Next time you read one of his pompous pieces in the paper or on a blog that should know better, remember that this is the guy who was happy to big up bigotry.

…I mean apart from the fact I think you are being extremely unfair and a bit spiteful towards Chris, whose history of political commentary and left wing history makes him a taonga to our cause, it’s odd  that you have attacked him over freedom of speech because you blogged over here on The Daily Blog after you were banned from The Standard for breaching their rules on freedom of speech…

…to attack Chris for freedom of speech from a blog that you yourself fled to when you had your speech censored on the very same platform you are now attacking him from is a tad disingenuous isn’t it comrade?
I appreciate this issue is vexatious, there are real concerns colliding with vital principles at stake, but this attack on Chris is beneath you.
Yours in solidarity
Bomber
PS – You are of course welcome here again the next time you get banned from The Standard.