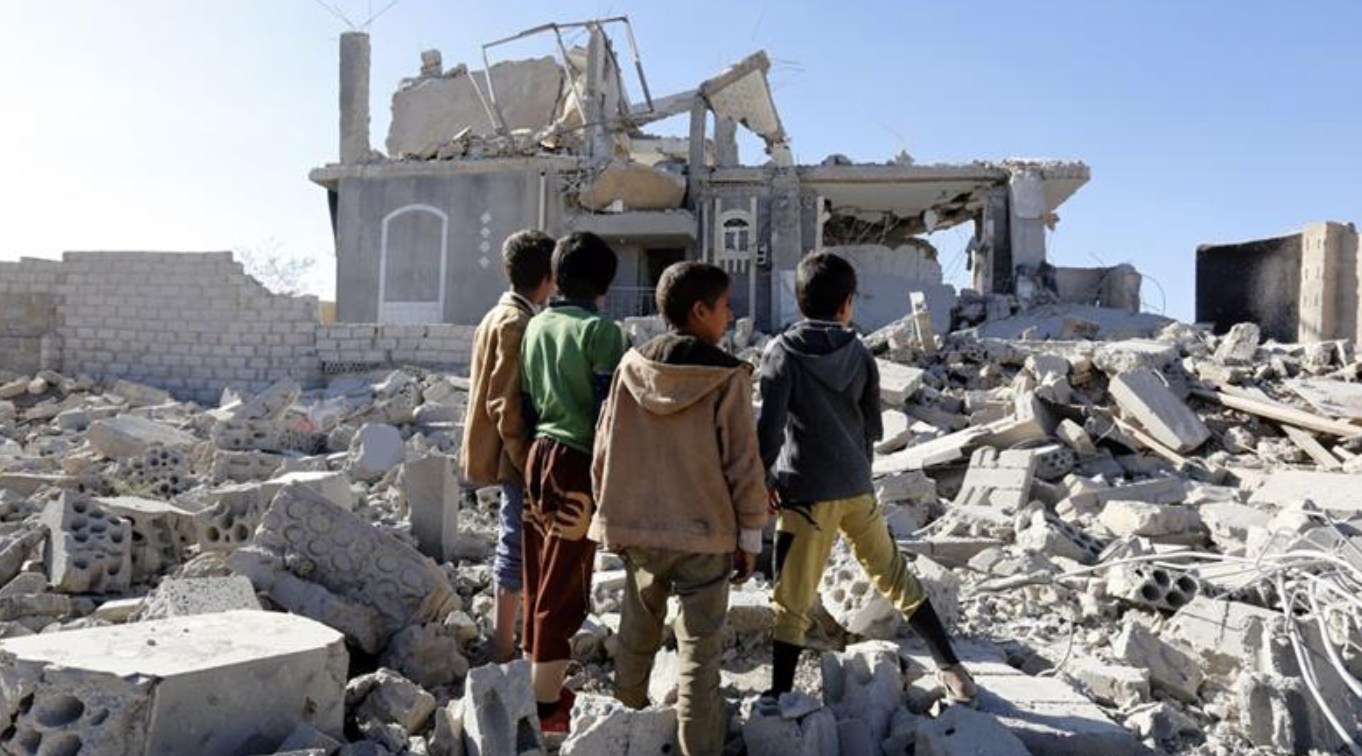 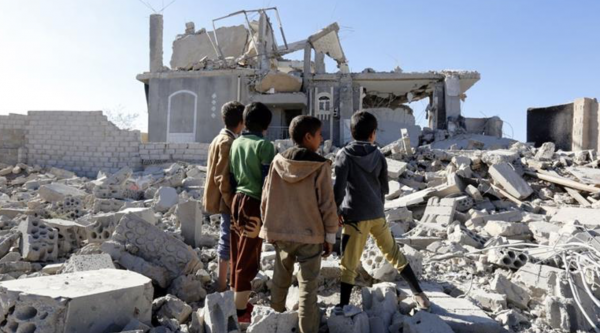 In March 2015 Saudi planes started bombing Yemen in an effort to displace the Houthi-led government, which had taken power the previous month.

Since then the air strikes have killed or wounded thousands of Yemenis, and in April the UN Secretary-General Antonio Guterres said Yemen was facing the world’s worst humanitarian crisis, with up to three-quarters of the population in “need of humanitarian aid and protection.”

UN officials are doing their best to achieve a political solution, but are not helped by a blatant misreporting of the nature of war.

Virtually every article in the Western media describes the opponents of the Saudis as “Iranian-backed Houthi rebels” and tries to portray the conflict as a “proxy war” between Iran and the Saudis.

The truth is that the Iranians have had little to do with the war, beyond supplying some arms, but even this has been limited by the naval blockade of Yemeni ports imposed by Saudi Arabia, Egypt and the United States. The present conflict is rooted in long-standing friction between the Saudis and successive Yemeni governments, friction which has sometimes spilled over into war, as in the 1930s. The Saudis want a Yemeni government compliant to their wishes. Another Saudi neighbour, Qatar, is also under orders to conform, although in this case Saudi Arabia has used sanctions as their lever, rather than military means, partly because there is an American base in Qatar.

The most blatant misrepresentation in the Western media is the constant reference to “Houthi rebels”. Of course, this suits the Saudi definition of the situation. But I always thought rebels were people rebelling against a government. The Houthi’s Ansar Allah movement has been governing most of the Yemeni population from the capital Saana for the last three and a half years. The Houthis certainly lead a government, even though they don’t control much of the less populated south and east of the country. The Saudis claim to support a different Yemen “government” headed by Abdrabbuh Mansour Hadi, formerly vice-president to the dictator Ali Abdullah Saleh, but Hadi has little support and lives in Saudi Arabia. The most effective counter-force to the Houthi government appears to be the southern separatists (armed by the United Arab Emirates) who want to divide north and south Yemen into separate states, as was the case up until 1990.

The Western media has also abdicated its duty to explain to us the social and economic program of the Houthi-led government – which is surely relevant to an understanding of the current conflict. It seems that once the media has dismissed the Houthis as “rebels” and “Iranian proxies” no further investigation is required. In searching the internet I have yet to discover a good analysis of the Houthi movement’s political programme. The Houthis came to power promising to take action against government corruption. It’s difficult to find out whether they have done so, or what other progressive measures they might have taken.

All this matters, because Yemen is on the brink of an even greater human catastrophe if the current Saudi and Emirati offensive succeeds in taking the main port city of Hodeidah, which could block  humanitarian aid from most of the population, which lives in the north part of Yemen. UN envoy Martin Griffiths says that the Houthi-led government has agreed to the UN “having a lead role in managing the [Hodeidah] port, dependent on an over-all ceasefire”. However, the Saudi coalition won’t accept this, saying it will continue to battle for control of Hodeidah, a city of 600,000 people.

New Zealand doesn’t seem to have done much to help the Yemeni people since April 2015, when former Prime Minister John Key said he could “understand” the Saudi bombing. Presumably our new government supports UN efforts to negotiate a peace settlement. But progress requires countries like ours to take Saudi Arabia, the UAR and the US to task for prosecuting this disastrous war. It is horrific what the Saudis are doing, such as targeting the civilian infrastructure in Yemen, including schools and markets. The UAR is just as guilty, with recent reports of sadistic practices in Emirati prisons in the south of Yemen.

To add insult to injury, the US Supreme Court has just upheld Donald Trump’s ban on Yemenis (along with six other nationalities) entering America.