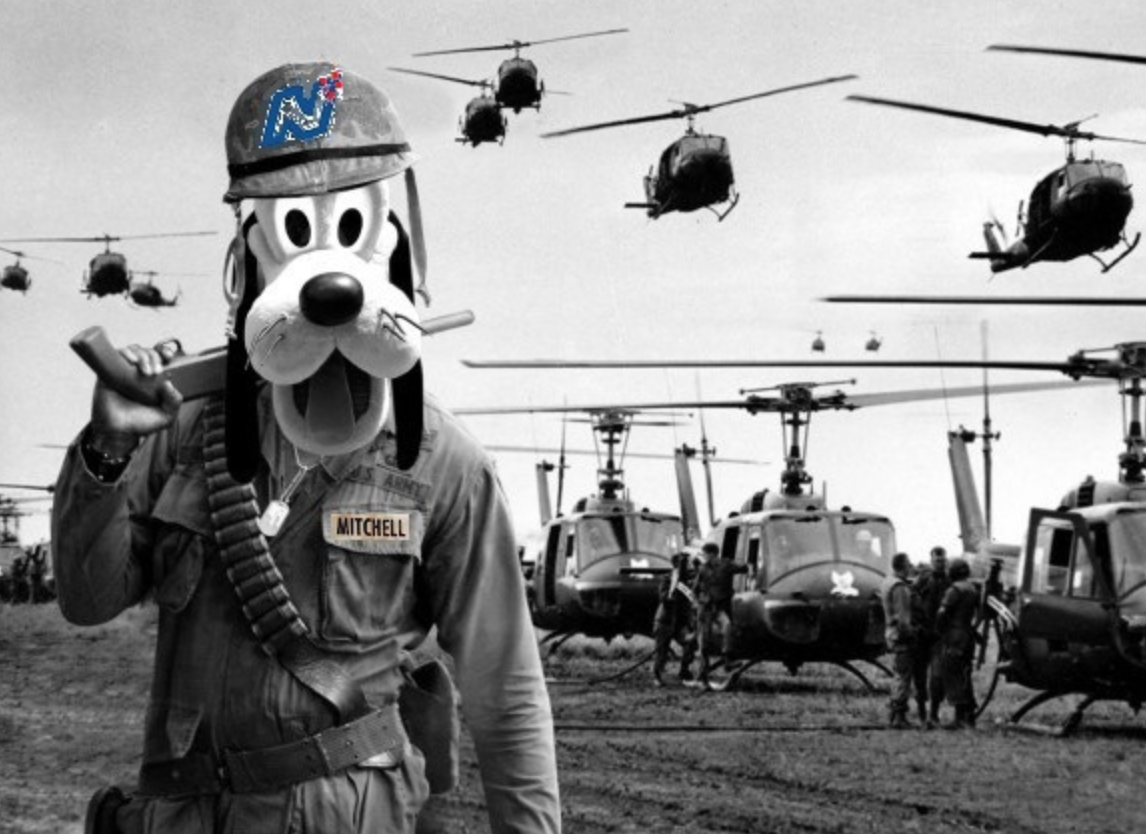 Former Defence Minister; failed National Party leader aspirant;  one-time mercenary-for-hire, and current (for the moment) National defence spokesman, Mark Mitchell, may have opened a 44-gallon drum-of-worms with his assertion that Coalition Defence Minister, Ron Mark, has been “using the Air Force as a personal taxi service“.

“This is an incredibly inappropriate use of Defence resources, and I am sure the public would be interested to know why the Minister is opting to use already stretched Defence assets rather than the Ministerial Crown Cars that are available to him.”

“Mr Mark has even used an NH90 to travel from Masterton to Waiouru and back in the same day – a three hour trip each way by car.

Why did he not save the taxpayer the cost and the NZDF the time and use a much cheaper Crown car instead? It’s happening so regularly locals are asking questions about it.”

“Each of the flights was taken to an official engagement.

“I wish to emphasise that none of these flights was for personal use. Please note that on a number of these flights I have been accompanied by NZDF officials, MPs from other parties, and/or media representatives. If at any point the Defence Force advises me that such travel is inappropriate or outside policy then I would naturally comply.”

“What I will do is run a benchmark across all use of military aircraft over the last 10 years, and I’m already receiving messages that actually there’s some interesting stuff in there.

Let’s put it out in the media, and let’s hope Mr Mitchell isn’t embarrassed.”

Ron mark was correct. There appears to be solid evidence that ministers from the previous National-led government  have indeed used Air Force helicopters as their own private taxi service.

The Prime Minister, his MPs and ministers – including the leaders of ACT and United Future – have travelled to Tolaga Bay for the tangi of Parekura Horomia.

Today was the final day of the tangi – John Key flew in on one of the Defence Force’s new $100 million helicopters, with ministers in tow.

The same helicopter contained former Dear Leader John Key and “his MPs and ministers – including the leaders of ACT and United Future”.

Fairfax media reported at the time;

Key arrived by helicopter at the Tolaga Bay Area School and was welcomed onto Hauiti Marae with 15 Government MPs and the Speaker of the house David Carter.

National MPs seem to be acutely susceptible to shooting themselves in their own foot (in Mitchell’s case, as an ex-mercenary, that may be the literal truth).

Simon Bridges, Michael Woodhouse,  Bill English, Steven Joyce, Judith Collins, and others, have all attempted to fling mud at Coalition ministers – only to have the fan blow it straight back into their own faces.

National’s members of parliament  have apparently forgotten a simple, salient fact: after nine years in government they each have plenty of skeletons in their own closets. Every time they point an accusatory finger at a Coalition minister – those same National MPs will be held to account for their own shortcomings, mistakes, abuses of ministerial power, and downright incompetance.

As I pointed out in November last year;

It may be the National Opposition that is held to account.

Mediaworks:  Ron Mark refutes claims he made personal use of military aircraft

TVNZ:  Defence Minister Ron Mark defends using military aircraft to get to and from home

My Thinks:  Severe and extreme outrage expressed over Ron Mark’s use of a helicopter

The Daily Blog:  National’s Anti-Aircraft Fire At Ron Mark Proves To Be Blanks

11 May: End of the Week Bouquets, Brickbats, & Epic Fails

So who’s a “conspiracy theorist” now?!

National MP Mark Mitchell and his breath-taking display of arrogance

But will he remember this helicopter flight in one year’s time?