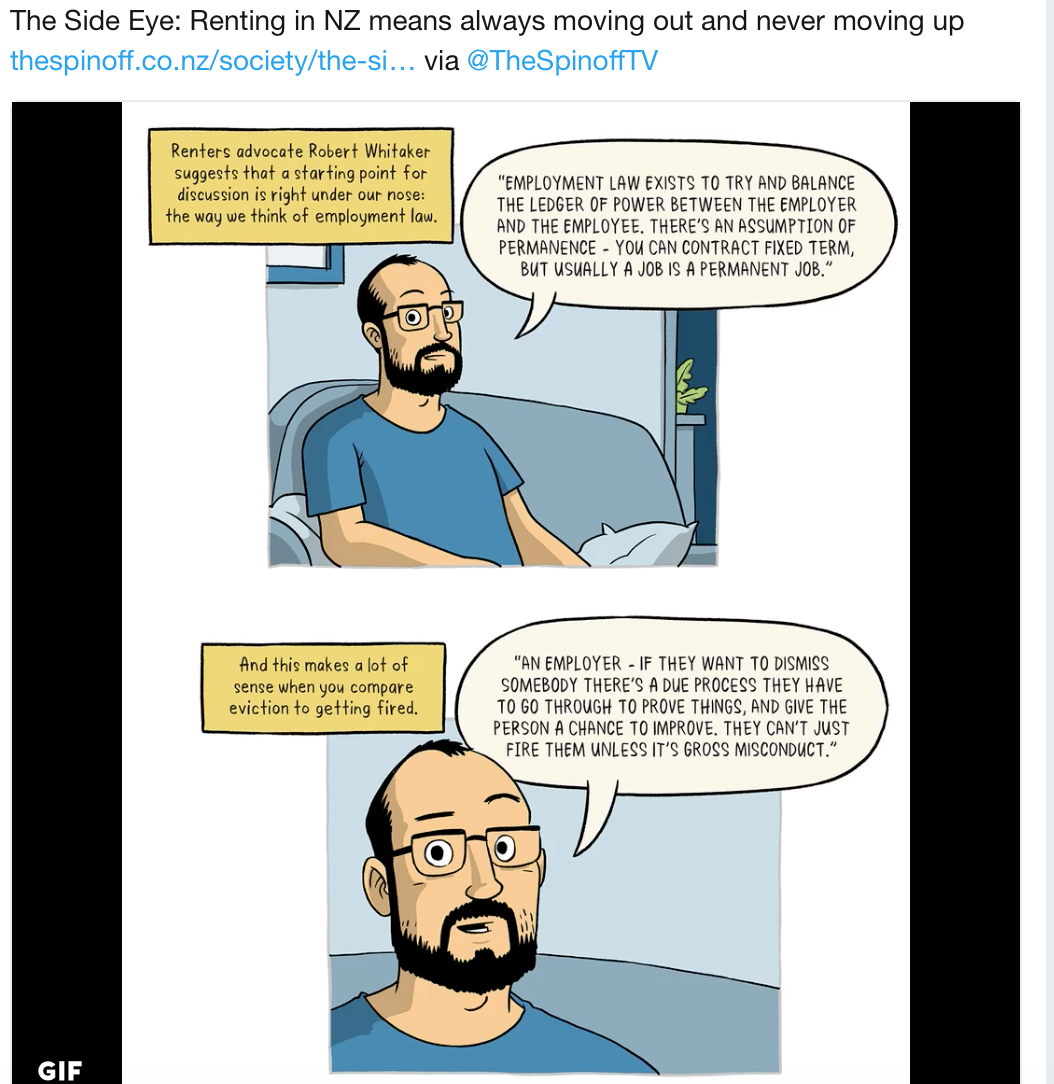 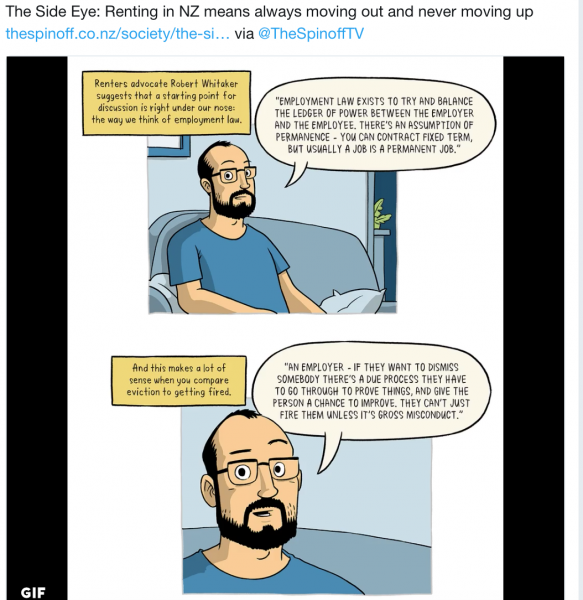 White middle class Wellington Hipster gets down with the kids from The SpinOff – this will horrifically soon be a NZ on Air funded TV show called ‘Wanker Vision’.

The thermodynamics of identity politics is that when middle class white Millennials don’t get what they think they were getting, all hell breaks loose politically.

Wellington’s rental aspirations demand action NOW because those suffering are middle class white Millennials. Sure plenty of brown poor working class people have been crucified in Auckland’s dysfunctional rental market for decades, but fuck them right?

To be fair to Wellington’s middle class white Millennials, the problem has recently been made utterly untenable by Labour’s fucking stupid decision to subsidise greedy Wellington Landlord’s with another $50 per week rent subsidy – also known as the $50 a week student payment.

How no one in Labour foresaw their pathetic band-aid of $50 a week on the haemorrhaging living costs and student debt mountain wouldn’t just become a Landlord’s new excuse to lift rents boggles the mind.

But then again, plenty about the incompetence of Labour boggles the mind.

Put aside the fact that there aren’t enough builders to build the houses.

Put aside the fact  75% of renters couldn’t buy one these houses in Auckland.

Put aside the fact that State Housing is where the investment should go.

Put aside all that and ask why is it that no political journalist has managed to connect the dots about Kiwibuild?

Shall we remind everyone how 100 000 Kiwibuild houses was arrived at again?

David Shearer was desperate at Conference to crush David Cunliffe’s chances of building momentum for a Leadership challenge, and in the red hot mess of the freakout that was becoming, Shearer announced 100 000 new affordable houses.

No one costed that promise, it was made to fend Cunliffe off from making a Leadership challenge, but the policy has remained and now Phil Twyford is stuck trying to implement it.

Don’t get me wrong, I hand on heart believe we need 100 000 affordable homes that are actually affordable, I also believe we need 30 000 new state homes and we need to have renter rights and state homes for life with a means for beneficiaries to become home owners, but all of those things need an actual Ministry of Housing that believed in state intervention and real house building rather than the ‘working with greedy landlords’ model Labour are currently trying to juggle.

With white middle class Millennial’s getting pissed off they don’t have property portfolios of tiny houses alongside their avocado on toast breakfasts yet, Labour have to start taking Kiwibuild seriously rather than the fake window dressing to fend off a Cunliffe Leadership challenge it actually was.

The truth is that the bloody market has failed and that if we are to give people real hope to people, Labour has to go further than the luke warm neoliberal offerings they are making and go full State on this problem.