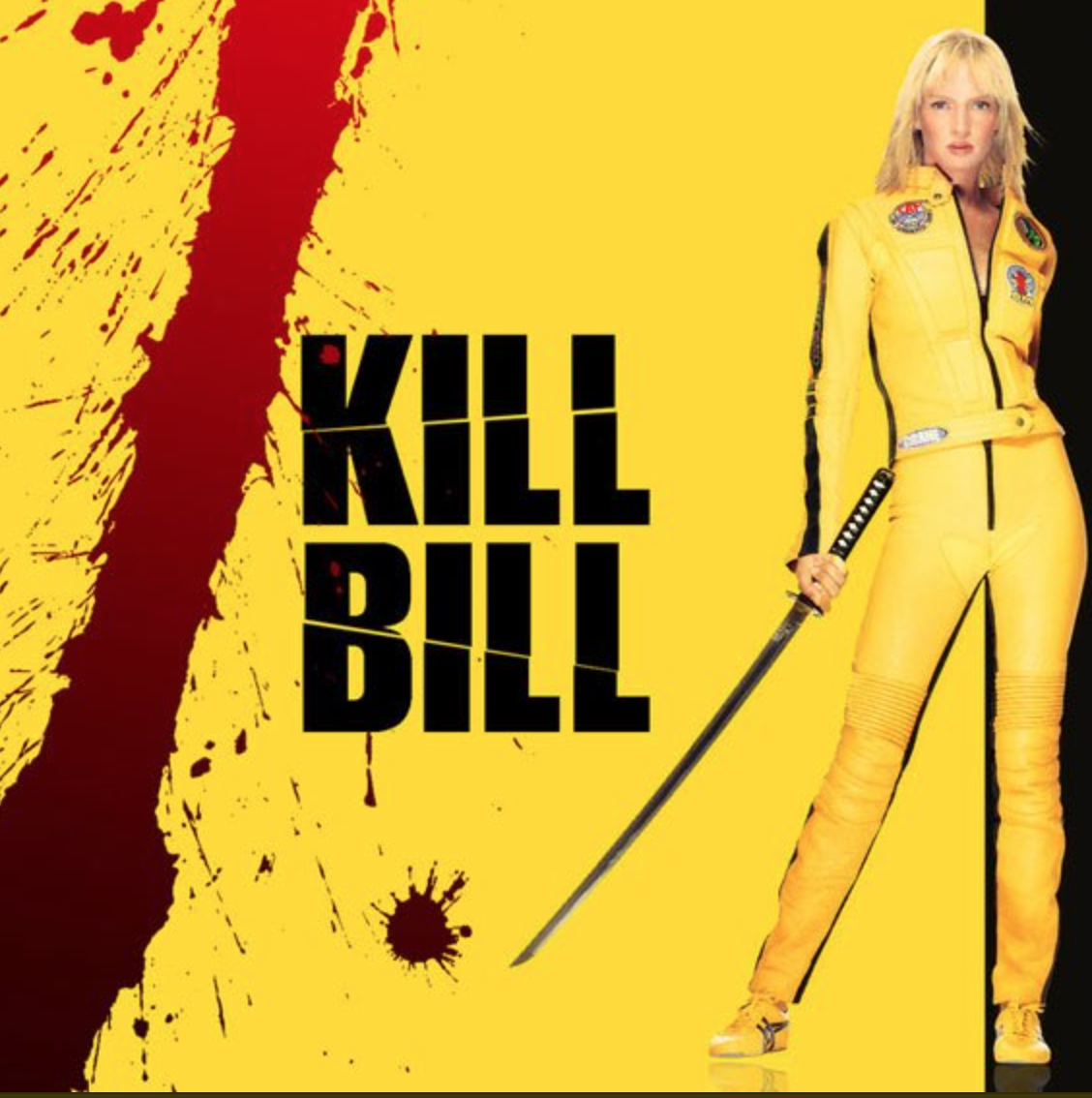 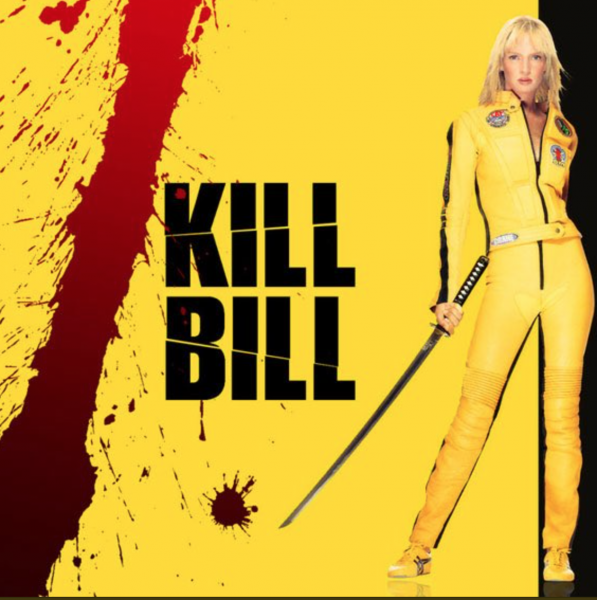 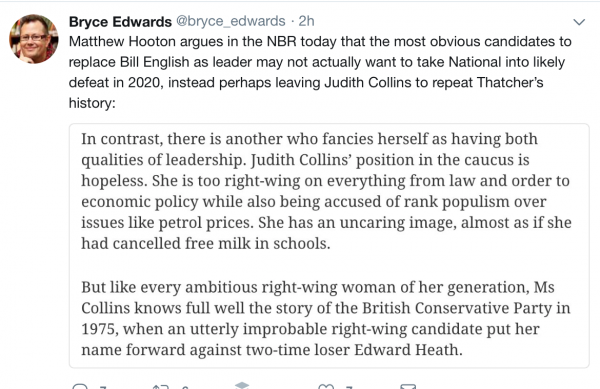 …this is kinda hilarious for a whole bunch of reasons.

Hooton is pretending to be some kind of passive observer to all of this when the reality is he is up to his armpits.

His candidate/mate/Manchurian candidate is Simon Bridges. Bridges is being lined up as the Deputy to Judith Collins Leadership.

Collins/Bridges have the numbers, all that is being debated is how to kill off Bennett and Joyce whom are hated.

Pundits pointing to the great Polling National have (going higher than they polled on election day in both polls) as reasons why Bill will survive utterly misread the vibe inside National.

Inside National, people are furious they were cheated out of winning, those climbing Poll numbers are simply aggravating that anger, not appeasing it.

Collins/Bridges would bring together the most angry and powerful factions of the National Party including the elevation of Hooton and Slater into Princelings of the dark arts.

This collaboration alone has the ability to generate a level of dirty politics that goes beyond anything this country has ever seen.

Remember the claim that Slater and Jordan Williams were attempting to take out Colin Craig so they could take over the Conservative Party? That’s because there is still a solid 3% vote out there that is Conservative vote and if an electorate MP from National were to suddenly step aside to become the new Leader of the Conservative Party and get run unchallenged in their former electorate and bring in 3% off the coat tail function of MMP, National + Conservatives + ACT could easily be the Government in 2020.

National hierarchy are terrified of Collins being leader because she is completely uncontrollable and they are frightened of what she would do with the power. The clock however is ticking on Bill’s leadership and the longer he stays the more likely leaks he doesn’t want coming out start coming out on Whaleoil.

The dice are loaded and the hard Right within National is rising. With economic meltdowns looming, the stage is set for the Crusher to crush.